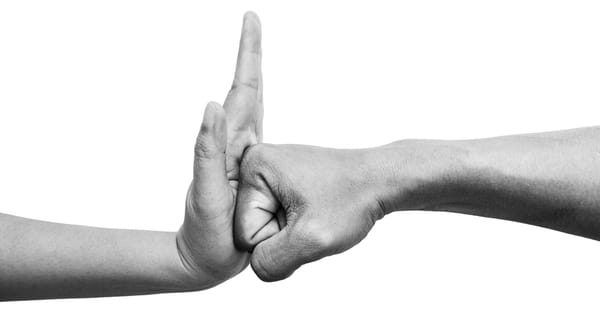 That Congress has not already reauthorized the Violence Against Women Act (VAWA) is abhorrent. VAWA, which was initially signed into law by President Bill Clinton, has provided funding and support for domestic violence services for decades. Its various reauthorizations (in 2000, 2005, and 2013) have extended provisions to victims of dating violence and stalking, immigrant and Native victims, and others. Yet the current reauthorization, which was supposed to occur in fall 2018, has stalled, in part due to the government shutdown and in part due to a provision that would block domestic abusers from having firearms. Not surprisingly, the National Rifle Association (NRA) has been vocal in its opposition to that provision.

The proposed bill would extend so-called “red flag” measures that prohibit individuals with a history of domestic violence, stalking, or sexual assault from owning or possessing guns. Several states have adopted such laws, which are often called extreme risk protection orders (ERPOs), which allow families and members of law enforcement to petition for a temporary seizure of someone’s weapons if he or she  poses a danger to self or others. Federal law also seems to allow ERPOs: 18 U.S. Code § 922 (g) prohibits individuals who are under court order “for harassing, stalking, or threatening an intimate partner” from possessing a firearm. The National Instant Criminal Background Check System, which was established in 1993 to collect more details about criminal incidents, provides information on state-level domestic violence convictions to the Federal Bureau of Investigation, although it is only on a state-by-state basis. The VAWA reauthorization would mandate that states provide relevant legal information to the federal government. In early 2019, New York became the 14th state, along with Washington, D.C., to pass ERPO measures, while 29 other states already have similar restrictions for individuals convicted of domestic violence (Keller, 2019).

Data indicate that ERPOs are effective. A 2006 study found that states that had adopted laws authorizing the confiscation of firearms from individuals subject to a domestic violence-related restraining order saw intimate partner homicides drop by 7 percent while another study led by researchers at Duke University’s School of Medicine Center found that the EPRO measure enacted by Connecticut in 1998 ended up averting up to 100 suicides, along with (likely) dozens of violent homicides. Research is very clear that guns escalate abusive situations. A gun makes it at least five times more likely a woman will be killed in a domestic violence situation.

The NRA, however, has used what is its typical narrative to whip up concern about that provision of the reauthorization. It argues that proponents are “playing politics” and that ERPOs will lead to a slippery slope of broader gun confiscations and prohibitions. NRA spokeswoman Jennifer Baker told National Journal: “The NRA opposes domestic violence and all violent crime, and spends millions of dollars teaching countless Americans how not to be a victim and how to safely use firearms for self-defense. It is a shame that some in the gun-control community treat the severity of domestic violence so trivially that they are willing to use it as a tool to advance a political agenda.”

While the U.S flounders on reauthorizing VAWA—at the potential peril of domestic violence victims—Australia has enacted measures that will likely severely curtail abuse. New legislation prohibits anyone who had been convicted of domestic violence anywhere in the world from getting a visa to enter the country. The new law even allows those who have been convicted and are currently living in the country on visas to be kicked out, as of February 28, 2019. I am not expressing support for that law, as it raises some concerns about rehabilitation and second chances, but it does stand in stark contrast to the lack of political will to address domestic violence in the U.S.

END_OF_DOCUMENT_TOKEN_TO_BE_REPLACED

Facebook70Tweet1PinEmailShares71
wpDiscuz
Share this ArticleLike this article? Email it to a friend!
Email sent!