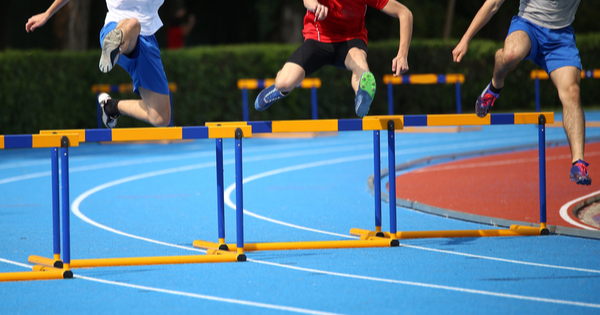 Dear Athletic Support: My daughter is in her final year of track at Tennessee Tech. Before my daughter and her class arrived, the team had never come close to a championship. Since she’s been here, the team won the 2018 indoor and outdoor championships followed by the 2019 indoor championships. The school has no banners for them in the stadium or the gym. I asked the Athletic Director about not having banners at a basketball game, and he told me they have their trophies out front. They also practice in that gym when it’s too cold, but I was told banners are only for teams that play in the gym. It’s been this way throughout my daughter’s career. Why is track always treated as a secondary sport? — No Respect

Dear No Respect: My wife was a collegiate pole vaulter. Before that, she set Arkansas state records at the high school level. I can still remember watching her (we went to the same high school) warm up before track practice each day. I can also remember the heated disputes between the track coach and the football coach, arguments over which sport would get to use the facilities and at what times.

As you can probably guess, the football coach won most of those disagreements. After reading your question, it doesn’t sound like much has changed. Other sports seem to always take precedent over track.

Here’s a good example: The University of Arkansas has won 48 national championships as of 2020. The track team has won 42 of the 48 championships, but if you were to poll the Razorback fanbase, I can almost guarantee you they wouldn’t be happy.

The reason? The football team stinks!

I don’t know why there’s such a difference in popularity between track and other sports, but I will say this deal about the lack of banners is bogus. If I was that Athletic Director, I’d be doing everything I could to promote my school and its successful athletic programs, especially the girls’ track team. Go, Awesome Eagles!

Dear Athletic Support: A basketball coach told my son that if he played football next year, he wouldn’t step foot on the basketball court. Why would a coach say something like this to a 14-year-old, and what is the correct way to respond as an athlete and as a parent? — Wassup Wit Dat

Dear Wassup: This is by far the most popular type of question I get for this column, and honestly, it’s scary. I’ve already addressed the dangers of early specialization in previous columns, so let me focus on this coach’s ridiculous ultimatum.

Any coach that’s trying to manipulate a 14-year-old kid like this needs to be checked. If I was you, I would try to schedule a meeting with him and discuss the situation. Be careful not to throw your son under the bus, though; you don’t want the coach taking it out on him afterward.

But something should definitely be done here. It might even be worth trying to talk to your school’s Athletic Director. And if that doesn’t work, maybe it’s time to reconsider playing for this coach at all.
—