Ten years after I first landed in India, I began to write “Making Friends with the Crocodile“.

I wanted to write about the fact that women are still treated as inferiors all over the world. It is a truism that you write best about what you know, and so I decided to set my story in India. The fact that I wrote it in the present tense, in the first person, and with the voice of an Indian woman seems less easy to explain, but to me it made perfect sense.

I admit it worried me that I had written as an Indian woman. It is impossible to get inside someone else’s head, and I know that I can neither truly think like an Indian nor like a woman. And so I knew it could be flawed. My beta readers, who included western and Indian women, gave me their feedback and I was able to make adjustments for the narrative to sound realistic. I still wait for brickbats, both for the voice and also for my presumption on writing about this subject. So far, my reviewers have been generous and kind.

I first went to Asia in 1985 when I was sent out by my then employers to work in the Sultanate of Oman. As an ex-patriot working in a largely ex-patriot community, it took me some time before I began to see the real Oman—the people and country behind the structure that was put in place for us visitors. But once I began to know it, I soon found that it was an environment I was very happy to explore and spend time in.

It should be no surprise then that I opted to spend my first leave traveling to Nepal. I love mountains anyway, and the lure of both these and another Asian culture was irresistible. I traveled there by flying to Delhi, and then taking a bus to Kathmandu, a journey of some 36 hours or so. It was undeniably uncomfortable in a ramshackle bus—which seemed to hit every bump in India—overloaded with passengers and their luggage. It was very uncomfortable but I would not have missed it for the world!

I loved the landscape we passed through, the little “dhabas” we stopped at to eat, the people I chatted with, and then the climb up, up, up into the Himalayas. I had a wonderful time in Nepal trekking the Annapurna circuit but when I got another chance to go that way, it was India that I went to explore.

India was not my first experience of a culture that did not value women in the same way that it valued men. That came when I lived in Oman. However, it soon became abundantly clear that India was a male-dominated society although women were highly visible. I intended to travel around and explore the country for three months, and I felt I wanted to use some of that time in a way that would be beneficial to others. Consequently, I researched a school/orphanage that was based in a village just outside Bodh Gaya, and spent six weeks helping out there. At first, the differing roles of men and women within the school were not immediately obvious, but the same certainly could not be said of the world outside of the school.

Joining in the japes and hi-jinks of Holi, it was very noticeable that the crowds were entirely male. In any large gathering, it were the men who made up the crowd. It were men who sat around in the dabbas and cafes, drinking and smoking and chatting. Living in a North Indian village for a while, I learned that if men were out of work, for example, they would sit around and smoke and talk, but a woman would be working whatever her circumstances. The poor were picking rubbish or mending roads, carrying bricks or begging. Those a little better off would be planting or weeding fields, but they would still also be looking after children, fetching water and cooking. The poor get it bad in India but poor women get it worst of all.

Gradually, I came to learn about the brutality that is frequently meted out to women—from rapes and killings over dowries to ‘honour’ killings and casual beatings. This is not to pick out India as being the worst transgressor here—far from it. I am very aware that many countries treat their womenfolk far more brutally than India but India was a country I came to know, and also to love deeply. And so I naturally learned more about her.

Since that first visit to India, I have been back about a dozen times. I have mainly visited the north although I have had one trip to the south, and frequently I end up in the hills and mountains rather than the sea. While I did work in a school for a while and have many Indian friends, I would not presume to say that I know India—that would be the task of a lifetime. Since she is such a huge and diverse place, I am sure there are many Indians who would happily say that they do not know her too. However, I learned that there is nothing that beats patience when it comes to daily life in India. That and good humour, although they should go hand in hand in any case.

How did I come across to others? I think that is a question that is next to impossible to answer, except in part. The man who ran the project was happy that I was helping, and consistently praised my contributions, but that doesn’t really say anything about how he viewed me as a person. It seems a slightly odd thing to say, but I think I was quite quickly seen as part of the furniture—nothing unusual, nothing to remark about. I’m not sure what that says about me!

I must have forged a connection though. I find that I am drawn to India again and again. India changed me. I am sure that she changes anyone who visits her but in different ways.
—

Mick Canning is a writer and explorer. His writings continue to inspire people to travel and introduce them to new places and adventures.

Finally I was able to read this. I’m disturbed by the treatment of women, in India and everywhere. Why do you think it’s like that, Mick? And do you know of any countries or cultures where women are worshipped and revered by men?

i am certain that it is a universal phenomenon, Kim. Traditionally, nearly all societies have been dominated by men because !) men are physically stronger, 2) men don’t get pregnant and 3) men don’t generally do child care (see point 1). Some societies seem better in this respect (one example being the Sherpa society of the Himalaya), but even in the west whilst women may be equal by legislation, in practise they still lag behind men.

Being an Indian, I’m deeply touched by Mick’s words on Indian society, women and culture. I admire and respect his passion for India. It’s true that women are infantilized, insulted, raped and killed here, but, of course, there is more to the story. Indian women are proving their ability in every aspect of life and, the scenario is definitely changing; slowly but surely.

I would like to thank Mick from my heart for visiting, staying, and writing about India, a country that exudes unity in diversity.

Thank you, Mick, on behalf of all Indians… 🙂

One bright spot in this, as far as India is concerned, is that there does seem to be a ground swell of opinion, at least beginning, against the way that many men view and treat women. This needs to continue to grow.

Mick’s passion for India certainly shows in his fascinating writing and photos about it. India is one place that I plan to visit in the near future.

Thanks, Jacqueline. It’s really worth a visit – it may change you!

It was very interesting to read more of Mick’s experiences in India and his thoughts and feelings about it. India is a country I’ve never been to, but Mick’s accounts of it have always been fascinating and have, I feel, given me at least the tiniest of glimpses into what it might be like to go there.

I hope you do, Bun. I’ve a feeling you would love it! 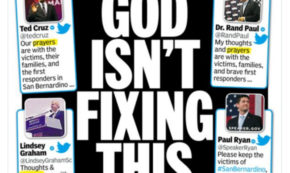 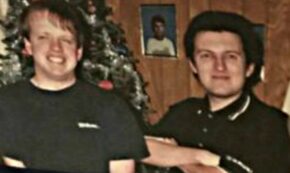 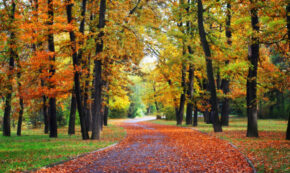 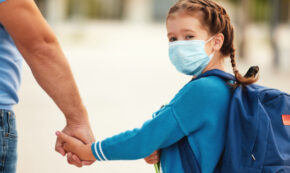 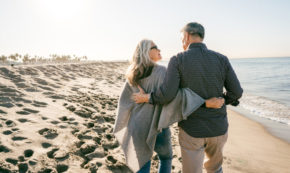 FacebookTweetPinEmailShares24
wpDiscuz
8
0
Would love your thoughts, please comment.x
()
x
| Reply
Share this ArticleLike this article? Email it to a friend!
Email sent!