2016 has been an especially political year when it comes to the movies. It seems like each of the major presidential candidates has had a major cinematic release to accompany the themes of their campaign: The unapologetically feminist “Ghostbusters” is linked to the same cultural zeitgeist fueling Hillary Clinton’s campaign, schlockmeister Michael Bay’s “13 Hours” exists for the Donald Trump supporters who crave artificial machismo and conspiracy theorizing in equal doses, and “Captain America: Civil War” offers a libertarian view on regulatory state powers that I personally deplored even as I admired the film’s many other strengths.

Now we come to “Hell or High Water,” the upcoming crime drama that feels like a gift to Bernie Sanders supporters.

Directed by David Mackenzie and written by Taylor Sheridan, “Hell or High Water” stars Chris Pine and Ben Foster as a pair of Texas bankrobbers being diligently pursued by Texas Rangers like Jeff Bridges’ Marcus Hamilton. Being a 2016 movie, of course, “Hell or High Water” is replete with references to the economic and social divisions that mark our time. In the first fifteen minutes I counted graffiti that read “3 tours in Iraq but no bailout for people like us”; a racist bystander expressing amazement that the robbers aren’t Mexican; an old man commenting that of course he carries a gun with him; and a billboard advertising “Easy Credit.” Even before we learn that the bankrobbers are motivated by a noble cause – namely, trying to save their family farm from foreclosure – it’s clear that this movie isn’t just about cops and robbers shooting it out in the Old West. It has a message.

To appreciate that message, you must start with the fact that the bad guy in this film is actually the good guy. It isn’t that common a theme to see in movies – antiheroes are often ambiguous, but rarely outright virtuous – but it works well here. The movie is eye-opening in drawing attention to how banks are, in real life, often the villains. While the characters working at the banks aren’t always depicted as malevolent, the institutions themselves are all-powerful and brutally lacking in compassion. It’s a neat inversion of the traditional Old West tale of robbers hitting up banks: In this one, the banks are the robbers.

All of this occurs against the backdrop of lush, gorgeous cinematography. It wasn’t just that the movie was shot beautifully; the visuals themselves are depressing and bleak, as it depicts Texas as a state teetering on the edge of poverty due to economic exploitation. The lighting was beautiful, particularly when they went for panoramic shots, creating a film version of Texas that evokes how many of us imagine it being in real life.

This isn’t to say that the movie is perfect. Racially the film has a bit of a blind spot, particularly during a cringe-inducing scene in which a Texas Ranger compares the banks stealing land to European settlers committing genocide against Native Americans. The analogy, though made with the best intentions, is far too glib in conflating economic exploitation with the mass murder of millions of people. Even when this is happening, though, it’s possible to ignore the flawed logic and just marvel at Jeff Bridges’ performance in the scene. If audiences weren’t familiar with Bridges or didn’t know this was a fictional film, he alone could convince them it was a documentary. Like the best actors, he doesn’t simply play a role, but completely disappears into his character.

In a similar way, some future scholar trying to understand the America of 2016 could – and should – try to completely disappear into this film. We live in an era when the rich are getting richer and the rest of us feel powerless to stop them. In the Great Depression, this climate yielded antiheroes like Bonnie and Clyde. Today, at least in the world of celluloid, we’ve got “Hell or High Water.”

Liskula Cohen is a Canadian-born former model who has worked in New York, Paris, Milan, Tokyo, and Sydney - and the owner and operator of an online store specializing in rx and designer eyewear and sunglasses www.frontroweyewear.com. She is a feminist and loves every second of raising her amazing daughter as a single mother.

No question that this movie represents Post Modern philosophy of the worst sort. No one forced that women to take out a reverse mortgage on her home. The bank offered a service and she was a dead beat. Only capitalism has lifted billions out of poverty. So the good guy in this film is a dead beat dad who shoots an innocent person in the head This film is simply despicable and is a frontal attack on Western civilization which elevated the world from the Dark Ages. 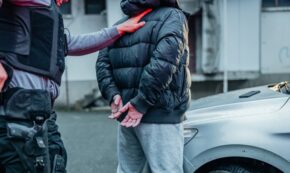 FacebookTweetPinEmailShares23
wpDiscuz
1
0
Would love your thoughts, please comment.x
()
x
| Reply
Share this ArticleLike this article? Email it to a friend!
Email sent!