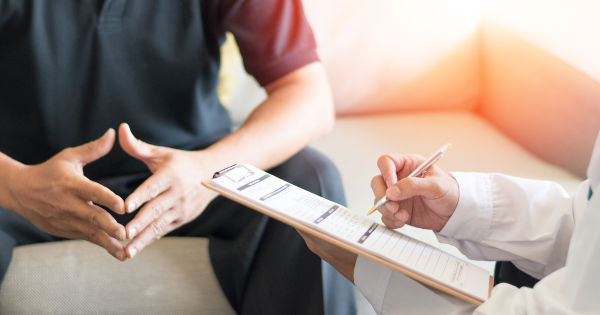 Anyone can become depressed, at any age. The Centers for Disease Control estimates that depression affects more than 16 million American adults every year. The World Health Organization estimates that “Globally, more than 300 million people of all ages suffer from depression. Depression is the leading cause of disability worldwide, and is a major contributor to the overall global burden of disease.”

And at its worst, depression can lead to suicide. According to the WHO, close to 800,000 people die due to suicide every year. It’s the second leading cause of death in 15-29-year-olds.

WebMD reports, “Suicide is the second leading cause of death, following accidents, among youth and young adults in the U.S. It is estimated that 500,000 teens attempt suicide every year with 5,000 succeeding. These are epidemic numbers.”

We’ve lost many, many people who chose suicide as a solution to depression, including known names like Spalding Gray, Hunter S. Thompson, Alexander McQueen, Jeret Peterson, Robin Williams, Margot Kidder, Kate Spade, Tony Bourdain, Mark Fisher, Chris Cornell followed shortly by his close friend Chester Bennington – the list is shocking, and goes on and on. Plus the countless unnamed. I lost my older sister three years ago, from a pharmaceutical drug overdose following years of depression.

Antidepressants are one of the most common treatments for depression. In 2017, the American Psychological Association reported, “12.7% of Americans over age 12 had taken antidepressants in the past month, with the highest percentage among people over age 60.” 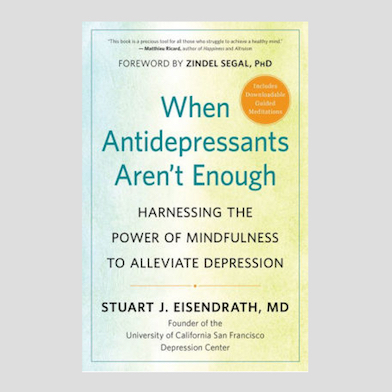 October was Depression Awareness Month. And New World Library has just released a new book, When Antidepressants Aren’t Enough: Harnessing the Power of Mindfulness to Alleviate Depression, by Stuart Eisendrath, MD. Dr. Eisendrath is the founding director of the University of California San Francisco Depression Center. He’s a professor of clinical psychiatry emeritus, a senior clinician and a research psychiatrist at UCSF.

He’s also a mindfulness practitioner, and his lectures on mindfulness-based cognitive therapy (MBCT) for University of California TV have been viewed more than 1.5 million times. He’s spent the last 17 years researching the therapeutic effects of MBCT on people experiencing clinical depression. And his work has helped many who struggle with depression to “dramatically improve their symptoms and quality of life by changing how they relate to their thoughts and feelings.”

Dr. Eisendrath says about his book, “Many treatments for depression try to suppress symptoms, which is often quite difficult to achieve. For example, some traditional cognitive-therapy techniques focus on replacing negative thoughts with more positive ones. This book’s approach is quite different: it aims to help readers change their relationship to depression without focusing on a decrease of its symptoms.”

His book provides “an easy-to-implement MBCT program that’s been scientifically proven in a National Institute of Health study to bring relief to chronic sufferers of depression.” He offers an in-depth explanation of mindfulness. Plus he includes “easily practiced breath exercises, meditations and visualizations that are designed to help release readers from what can often feel like the tyranny of their thoughts.”

“I am confident that what I am presenting here can be of significant value to you,” writes Dr. Eisendrath. “In fact, it has the potential to radically change your life. This does not mean eradicating depression, but rather changing your relationship to it. It no longer has to be the driving force in your life as you determine your values and pursue your goals.”

Since I write extensively about effective living through focused thought, I find Dr. Eisendrath’s work exciting and hopeful. You can read more at stuarteisendrath.com, where you’ll find a vast amount of info plus his blog, and where you’ll also find links for purchasing When Antidepressants Aren’t Enough: Harnessing the Power of Mindfulness to Alleviate Depression.

Grace de Rond writes about effective living through her books and her blog, plus websites including Thrive Global and HuffPost. Her inspiration comes from her blended bicultural family that's spread over two continents (her husband saw her photo 25 years ago and traveled 4,000 miles to find her), a lifelong study of the mind-body-spirit connection, and her coaching and teaching with couples and children. Her latest book is called One A Day: 365 Thoughts Worth Thinking on Life, Career, Lovers and Children. The list of reasons to not feel good about ourselves and our lives is endless – and the decision to not go there is life-changing. And Grace’s writing is all about why and how to make that decision.
You can connect with Grace on her blog at https://gracederond.com.