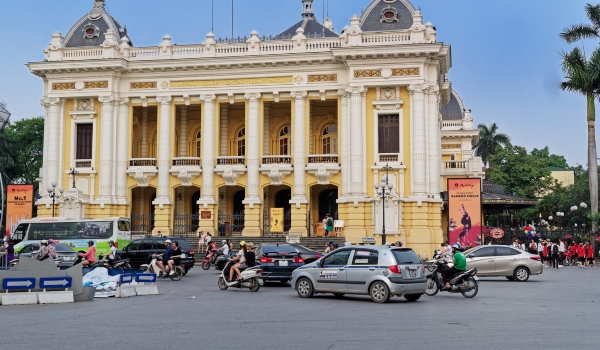 —
Here’s a fascinating sign that commoning is growing as a social and political form: new histories are being written to trace its recent evolution! The latest example is a new book released by The Institute for Political Ecology in Zagreb, Croatia, has recently published Commons in South East Europe: Case of Croatia, Bosnia & Herzegovina and Macedonia. (PDF file)

The book, published in cooperation with the Heinrich Böll Foundation and its office in Sarajevo, is a rigorous yet accessible 170-page introduction to the commons, with an accent on developments in the region of South East Europe (SEE). Its main editor and author is Tomislav Tomašević, with additional editing by Vedran Horvat and Jelena Milos, augmented by contributions from a number of individual authors and a larger team.

The Institute’s primary goal in preparing the book is to “put this part of Europe….on the landscape of international academic and political debate on the commons.” By synthesizing knowledge about the commons in the region, the book aims to “provide an interpretive and theoretical framework” for understanding “numerous political actions and mobilizations that have emerged across the region of South East Europe, mainly with the ambition of creating the commons or defending and resisting further enclosure of the commons. Since practice has preceded in-depth theoretical understanding in many cases, we felt a responsibility to start bridging this gap.”

I highly recommend the book. It’s a tight, well-written, and carefully documented overview of a region whose commons have not received enough attention.

Like most places around the world, there is a rich history of commoning here that is not widely known:

Ethnologist Jadran Kale writes that the common pastures in Croatia and Slovenia were called gmajna, which obviously comes from the German word Gemeine meaning “common.” In the see countries under the Ottoman rule, there was an interesting concept of vakuf, which comes from the Arabic word waqf and was an inalienable endowment in land, building or other asset under Islamic law that could be freely used by all members of the community but in sustainable way. Despite some of the differences between the SEE countries, historian, and philosopher Maria Todorova writes about the regionally specific social form of extended family cooperative, which became well known in international anthropological literature as zadruga. This was an agricultural socio-economic communal organisation based mostly on kinship, with rather democratic governance and common property institutions.

This chapter of the book traces the history of commons following World War II to the present, noting the distinctive history of Yugoslavia as part of the Non-Aligned Movement (neither market-capitalist West nor state-socialist East). The country hosted a variety of self-governance experiments such as workers self-management and “social ownership” of all means of production. Of course, despite the nominal ownership by workers and citizens, decisionmaking remained in the hands of an elite.

This historical context is important because, as the book notes, “such a legacy is a major obstacle for advocating any forms of commons in the region today….Even words like ‘cooperative (zadruga), which are not controversial in Western Europe, are considered insulting and hostile by many people in the region” because of the previously mandated agricultural coops in socialist Yugoslavia.

With the past either vilified or bathed in nostalgia for a more stable time, it can be hard for contemporary minds to grasp the realities of peer governance. Would-be commoners in the SEE region must navigate the gap between the repressive totalitarian past, the bloody civil strife of the 1990s, and the fierce neocapitalist capitalist exploitation that has occurred under the auspices of representative democracy.

As the authors explain, the latter resulted in “de-industrialization, high unemployment and increasing poverty” while also disabling the instruments of direct and participatory democracy” that might have allowed citizens to control their elected governments.

So in grappling with the problems today, people in South East Europe confront problems of language, memories, and mindsets. “The neoliberal transition made many people in newly independent countries of South East Europe nostalgic about socialist Yugoslavia, while nationalist political elites still make some critical but honest evaluation of the self-governance practices impossible.”

However, over the past twenty years, there have been important theoretical elaborations of self-governance advanced by Elinor Ostrom and Yugoslav economist Branko Horvat. The book also notes the landmark work by the working group within Balkan Forum of the 2013 Subversive Festival. (See The Balkan Forum, a 2014 book by edited by Danijela Dolenec and others.)

Most commons in the South East Europe region tend to take two forms — communities of users who have organized themselves in various sectors (health, education, culture, housing) and people struggling against enclosure — “the commodification, privatization and statification of resources that should be accessible to all.”

Significantly, activist commoners have often embraced the governance practices of commoning in their struggles. In fighting to protect Varšavska Street against the construction of a shopping mall in downtown Zagreb, for example, and in student fights against the commodification of the education system, activist occupations self-governed themselves as commons.

There is much more in this book worth checking out – the case studies of pasturing commons, the Rojc Community Centre in the City of Pula, and the Luke water supply system in Bosnia and Herzegovina. The book also chronicles the struggles against enclosure in the region, such as the effort to protect Srđ Hill above the City of Dubrovnik from construction of a massive, upscale golf course, villas and hotels.

While there is clearly a commons movement in South East Europe, the authors of this book are candid in admitting that “commons theory, discourse and practice occur within a well-connected but still rather small community of scholars, activists and practitioners, which makes its impact limited. Expanding the commons movement in South East Europe and increasing the amount of research on commons, struggles over commons and governance of commons remains a challenge for the future.”

The report can be downloaded as a pdf file here.