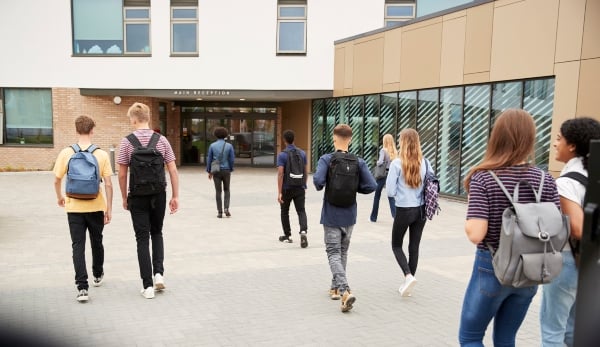 My campus, the University of Wisconsin-Madison, is in an uproar over a video to promote the school’s homecoming that features no students of color.

We are one of the whitest schools in the country, but we are not unique in having a race problem. In that regard, we’re as American as apple pie. Or, rather, cheddar cheese.

As a white person, I will never truly know what it feels like to be a person of color, on our campus or anywhere else. I will not even try to speak to an experience I’ve never had.

What I can offer is a perspective as a person with other marginalized identities (I’m a queer, disabled woman) who has led countless discussions about race and racism with UW students in the classroom. I listen to my students of all races, and I learn from them.

Many of these students experience hatred or prejudice, but that’s not the only way they’re marginalized. Just as often, it’s a product of constantly seeing the dominant group (straight, male, white, able-bodied, cisgender, middle to upper class) treated as the default, the norm, or the universal — while your group is treated as “other.”

Often marginalized groups are simply invisible, like queer people in animated Disney movies or people of color in UW’s homecoming video. When marginalized people are represented, it’s often to serve a purpose for the dominant group, without challenging their default status as the norm.

It’s hard to convey how much this hurts, to be always treated as an “other,” to never see representations of people like you that resonate with your actual life experiences. To be expected to live in someone else’s subjectivity while they never have to live in yours.

When you do try to explain your perspective to someone in the dominant group, often they refuse to listen. It’s exhausting and painful to debate and argue your own humanity to someone who denies it.

I can’t speak to exactly how people of color feel about the homecoming video, but I know this: They are experiencing that video in the context of a lot of other racism that they live with every day, that the university pays lip service to addressing while not addressing it.

In all likelihood, the negative reaction isn’t just about the video. It’s the video on top of everything else.

Moreover, when the video came out and people of color expressed how they felt about it, many white people did not respond by listening. If you read comments posted online about this issue, many are from white people who express anger at people of color for complaining.

Whatever harm or hurt the initial video caused, comments like that make it worse. A lot worse.

My graduate research is on conflict resolution. The path to resolving differences requires listening to one another, treating one another with respect, and acknowledging one another’s humanity.

In this case, a better response would have been to listen to those hurt by the video, learn how it feels to be in their shoes, and ask what should be done to make things right going forward.