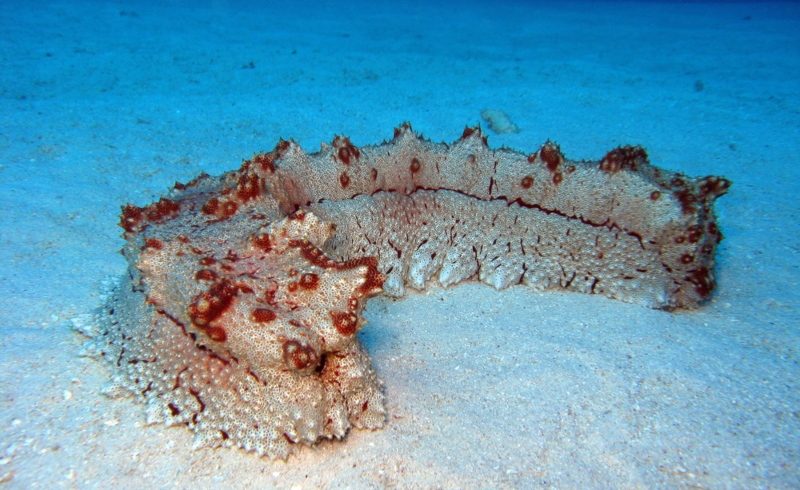 Climate change could dramatically alter the least accessible, most unknown habitat on the planet − the deep ocean floor.

Warming seas, the increasing acidification of the oceans and the loss of oxygen from seawater could destroy ecosystems in the ocean’s dark abyss, and drastically change the biodiversity of the deep sea, according to new research.

Around 70% of the planet is covered by water. The deep ocean floor, kilometres below the surface, remains largely unexplored, but repeated dives and exploration by submersibles have revealed glimpses of an extraordinary and unexpected set of ecosystems, far from the sun’s radiation.

However, a new study published in Elementa journal warns that changes at the surface could have profound consequences far below.

“Biodiversity in many of these areas is defined by the meagre amount of food reaching the seafloor, and over the next 80-plus years – in certain parts of the world – that amount of food will be cut in half,” says Andrew Thurber, an ocean ecologist at Oregon State University in the US.

“We will likely see a shift in dominance to smaller organisms. Some species will thrive, some will migrate to other areas, and many will die. Parts of the world will likely have more jellyfish and squid, for example, and fewer fish and cold water corals.”

He and colleagues looked at forecasts, derived from 31 Earth model systems developed for climate change research, to predict how oxygen levels, acidity, temperature and food supply would change for the creatures of the deep ocean floor by 2100.

The deepest reaches of the North Atlantic, Southern and Arctic Oceans could become between 0.5°C and 1°C warmer. In mid-ocean – at between 3,000 metres and 200 metres depth – temperatures in the Pacific and Arctic could become 4°C warmer.

Sea creatures are finely attuned to a particular water chemistry and temperature, and marine biologists have repeatedly observed shifts in fish populations with changes so far of only a fraction of a degree. A shift of 4°C in an ecosystem has no precedent in human history.

“Abyssal ocean environments, which are
over 3,000 metres deep, are some of
the most food-deprived regions on the planet”

“While four degrees doesn’t seem like much on land, that is a massive temperature change in these environments,” Dr Thurber says. “It is the equivalent of having summer for the first time in thousands to millions of years.

“The increase in temperature will increase the metabolism of organisms that live at the ocean floor, meaning they will require more food at a time when less is available.”

And the deep ocean is a hungry place: with no light, there is no vegetation. The abyssal population tends to live on the carrion that drifts down from the surface, or on the microbes that flourish on hot chemical brines that seep from deep ocean vents.

“Abyssal ocean environments, which are over 3,000 metres deep, are some of the most food-deprived regions on the planet,” says the research leader, Andrew Sweetman, associate professor at Heriot-Watt University’s Lyell Centre for Earth and Marine Science in Scotland.

“These habitats currently rely on less carbon per metre-squared each year than is present in a single sugar cube. Large areas of the abyss will have this tiny amount of food halved, and for a habitat that covers half the Earth, the impacts of this will be enormous.”

Oxygen levels in the oceans have already begun to change, according to a second study in which oceanographers in Germany calculate that oxygen content in the ocean waters has fallen by 2% over the last 50 years.

That is because warmer waters have a lower capacity for dissolved oxygen than colder ones. Warmer temperatures, too, may stabilise levels of stratification, meaning that ocean waters won’t mix as freely, they report in Nature journal.

“Since large fishes in particular avoid or do not survive in areas with low oxygen content, these changes can have far-reaching biological consequences,” says Dr Sunke Schmidtko, of the GEOMAR Helmholtz Centre for Ocean Research in Kiel. – Climate News Network