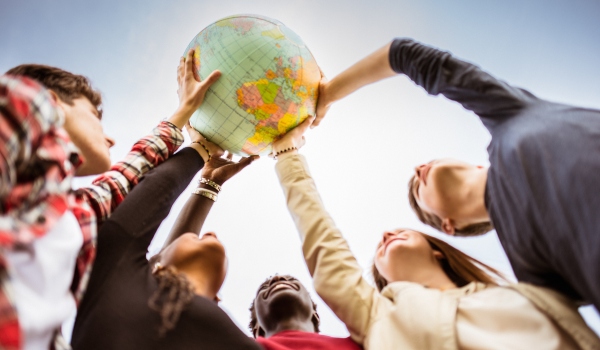 —
The Great Transition Initiative recently hosted one of the most thoughtful, robust exchange of ideas about “localism” that I’ve seen in a long time. It was kicked off by an essay by environmental activist and author Brian Tokar called “Think Globally, Act Locally?” which explored “the promise and pitfalls of localism, theories of ‘glocalism’ and scaling sideways and up.”

What followed were some probing responses by fourteen notable activists and academics who have thought long and hard about this topic – folks like Richard Heinberg, Helena Norberg-Hodge, Gwendolyn Hallsmith, Meg Holden, Frank Fischer, Arturo Escobar, and me, among others. Tokar gives a final round of responses to all of these commenters.

Tokar’s opening essay calls attention to the resurgence of progressive action at the local level and asks: “What are the prospects for such locally centered political engagement in a time of rising political polarization and conflict? How can local action help advance personal liberation and social justice? More broadly, how can it further our goals for global transformation?”

His review of the current state of localism is masterfully succinct yet broad-ranging. He rightly cites the great influence of Murray Bookchin and social ecology on the thinking of local activism from Kurdish militants in Syria and Turkey to North Americans and Europeans. Today there is a growing mosaic of local initiatives that is starting to take note of each other’s efforts. There is community-based resistance to fracking in dozens of places, rural French workers revolting against regressive tax policies, climate action in hundreds of cities, a “municipalist” movement that is flourishing in cities like Barcelona and Jackson, Mississippi, and the expansion of the Symbiosis research network that is focused on localism.

A common denominator of many of these local activities, says Tokar, is a growing frustration with national politics and international institutions, and with the stranglehold of corporate influence at these levels on everything from climate policy and financial sector reform to trade and fair elections.

One recurring question is how local efforts can have a more significant impact beyond themselves, especially at national or international levels. Can local action “tackle the fundamental question of where and with whom political power resides?” asks Tokar. “We need to strengthen forms of coordination that emerge from the municipal context to support a growing network for change in synchrony with a global resurgence of solidarity, democracy, and justice.”

Much of the response by commenters focused on this very question – how can various local efforts coordinate with each other and develop a larger vision and network for change?

Rather than attempt to summarize the many different perspectives, I recommend a brisk read through the many lively responses. They raise some provocative questions about where the energies for social transformation will come from, how they might self-organize themselves to have real impact, and how they could change the very character of politics as we know it today.