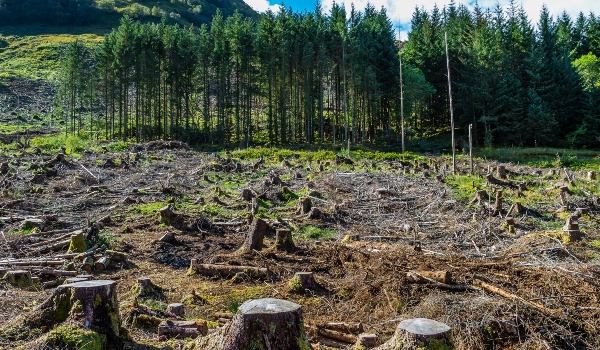 The International Development Committee recently published its findings on UK aid for combating climate change. Clare Shakya, IIED’s director of climate change, gave evidence at the parliamentary inquiry and writes what the UK needs to do to make sure money reaches where it matters most.

The cross-party parliamentary select committee, which oversees the UK government’s work on international development, was highly critical of its progress over the last few years. Rather than building on early leadership, it found that the Department for International Development (DFID) lost its focus and that the cross-Whitehall oversight of spending on climate change had lost its authority to ensure climate finance was used to deliver truly transformational change.

The committee’s report ‘UK aid for combating climate change’ expresses the urgency and fundamental challenges that climate change presents to development and goes on to note that DFID is hollowing out its technical capability to act on climate change.

And that many transformational investments for strengthening institutions and delivery mechanisms that would deliver climate action at real scale in developing countries are being closed down.

For UK aid to be effective, it is crucial it achieves the triple win of tackling poverty, the destruction of nature and climate change. This is particularly important as it radically changes how climate finance would be used. If all development aid is required to respond to climate change, climate finance would have the primary purpose of transforming societies to be net zero carbon and climate resilient.

Because climate finance is limited, it needs to be used more effectively to support innovation, including for building institutions and delivery mechanisms within partner countries. This requires donors to be more willing to take risks and invest for the long term so partners have time to deliver the more ambitious projects that will achieve the Paris Agreement’s targets.

Climate finance needs to have the flexibility to respond to the partners’ – not the donors’ – timetables. And accept that learning from failures drives future success.

To help achieve this, at least 70% of the UK government’s international climate contribution needs to be channelled directly to the local level as flexible finance. This would be more effective, as climate impacts and the degradation of nature are due to highly context-specific drivers that local communities and local governments understand best.

By putting resources – finance and the right to protect and manage nature – in the hands of local people, their priorities will be able to get the support that is needed for them to develop and even thrive in the face of climate change.

Currently, far too little climate finance is reaching the women, children and men who live on the frontline of climate change. According to IIED research, overall just US$1 in $10 of international climate finance is committed to reach the local level. Too often its purpose is decided by distant experts and delivered by multilateral development banks and UN agencies rather than building local institutions’ climate capabilities.

There are no shortcuts. Having a higher bar for what counts as climate finance is critical to there being enough funding allocated to broker and support the fundamental reforms required.

Meaningful transparency will improve understanding of what works

Under the current system of donors reporting on their support for climate change, it is entirely unclear to anyone but them what works and why. This has to change. The process must be made more transparent so everyone involved can understand where the money is going. This is crucial both for transparency and for learning and improving the process.

Donors need to stop treating reporting as an accounting exercise. Instead, the qualification for success should be based on what their support is doing to achieve the triple win and keep global temperature rise below 1.5°C.

The climate finance committed needs to be traceable to its end use so everyone in the chain of delivery understands that its objective is to support transformational change. Although the UK provides information on its development spending through its Development Tracker, it does not track specific climate finance, but it could.

The Development Tracker and the International Aid Transparency Initiative could both be reformed to show where climate finance is going and track it to its end use. Only then can we learn at the speed we need what will deliver the transformation necessary for societies to adapt to and mitigate the impacts of climate change.

The IDC’s call for the government to develop a strategy on climate action that reflects the principles of climate justice is vital. This means putting at its centre the needs of those who will be most affected by both climate impacts and changes to jobs as we shift from high carbon to green economies.

The IPCC report on 1.5°C and the recent Intergovernmental Platform on Biodiversity and Ecosystem Services report make very clear we cannot deliver the Sustainable Development Goals (SDGs) while ignoring the wellbeing of the planet on which we live. This is also what the poorest countries are calling for. Ministers from the Least Developed Countries Group have asked for coherent support to deliver the SDGs and Paris Agreement together.

We welcome the IDC’s report and Secretary of State for International Development Rory Stewart’s initial response. It is heartening to see the new minister recognises the urgency of the climate crisis and need for transformational action and wholesale change.

But it is critical the government goes further, both by committing more of its climate finance to the people at the forefront of climate change and in its leadership.

The UK together with Egypt, Malawi and Bangladesh are working to build an ambitious commitment on resilience across donors and developing countries for the UN Secretary General’s Climate Summit in September. To be meaningful this must have concrete and measurable targets that demonstrate we are going beyond business as usual and seeking truly transformational action.

Previously published on iied.org under a Creative Commons license.