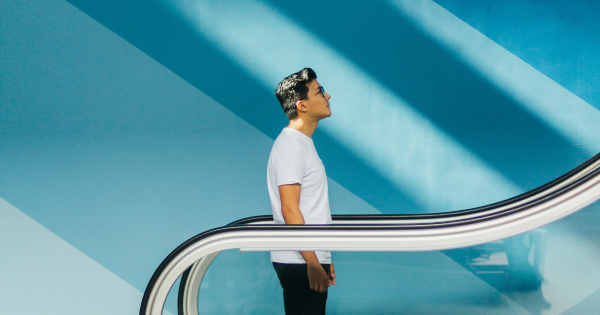 133. Violations of human rights in situations of armed conflict and military occupation are violations of the fundamental principles of international human rights and humanitarian law as embodied in international human rights instruments and in the Geneva Conventions of 1949 and the Additional Protocols thereto. Gross human rights violations and policies of ethnic cleansing in war-torn and occupied areas continue to be carried out. These practices have created, inter alia, a mass flow of refugees and other displaced persons in need of international protection and internally displaced persons, the majority of whom are women, adolescent girls and children. Civilian victims, mostly women and children, often outnumber casualties among combatants. In addition, women often become caregivers for injured combatants and find themselves, as a result of conflict, unexpectedly cast as sole manager of household, sole parent, and caretaker of elderly relatives.

The Beijing Declaration, as noted in the prior casual commentary, is an extensive declaration to the rights and privileges of women and girls, and the responsibilities of the international community, national governments, organizations, and individual global citizens to them, and vice versa. None of this negates issues faced by the old, by majorities and minorities, by boys and men, and members of the LGBTI+ community, and so on.

With this 1995 emphasis on the sexual trafficking and prostitution in the world, we can see the problems not in the Super ZIPs or the modern bourgs, but in the more poor areas, rural areas, and so on. Of those poorer areas of the world, or those individuals in areas of the world in more desperate circumstances, the obvious ones can be seen in the areas of armed conflict and military occupation.

The places in which nation-states violate, often, international law and human rights norms. The bigger and more powerful the nation-state then, probably, the greater the propensity for the violation of human rights and the breach of international law. We can see this in the maxim of Thucydides of the strong do what they will and the weak suffer what they must, to some great degree true.

If we’re looking at the context of prostitution and the trafficking of women, then the general context becomes the base violation of one’s own bodily autonomy and general wellbeing. We are not talking here of the consented selling one’s body, which remains a separate issue. Here, we speak of the ways in which the armed conflicts and military occupations around the world have been utilized in such a way as to render women’s bodies utilities in the acts of war – before, during, and even after.

This can even come in the cases of rape following or during war and then the women being left with a pregnancy and, thus, a child – assuming no miscarriage or abortifacient used – resulting from it. These become children of both rape and of war. Human rights have been created in a concrete sense and then abstracted. These abstractions relate to the real experiences of those who are dead and gone, and to the livelihoods and justice of those alive now

Looking at some of the documentation here, we can see the ways in which the “fundamental principles of international human rights and humanitarian law” are violated in – extremely important – documents like the Geneva Conventions from 1949, in addition to the “Additional Protocols,” all of these provide a framework for the rights, laws, and situations in which sanctions can be placed on an aggressor nation. The one being violent as a state entity.

Some of the “gross human rights violations” stipulated here include ethnic cleansing in the areas that have been torn apart and ripped to shreds by war, or continue to be occupied by an aggressor nation-state. Gross because of the size of the violations. If we look at the ways in which women have been used in war, one of the main tools has been as pawns and producers, i.e., as tools for torture to get things or to be raped as such, or to produce children for the aggressor nation-state – in a historical sense.

What comes with this aggression in violation of the Geneva Conventions, for instance? We can see those whose homes have been demolished, lives have been disintegrated, and worlds ripped apart, even family members murdered in cold blood – lead to the PTSD stricken masses of refugees and displaced persons in the world today.

Those “in need of international protection and internally displaced persons, the majority of whom are women, adolescent girls and children.” These are the issues that many in the world – and mostly women and girls – are having to deal with on an ongoing basis. This is the sense of “pawns.” Their lives become cheaper in these contexts, where life already can have almost no value.

Often, those dead civilians will exceed the levels of the dead soldiers or combatants. Stated another way, those who in all likelihood had nothing to do with the crimes of aggression in violation of the Geneva Conventions in many places around the world have been the majority victims. That’s the true tragedy here, based levels of callous indifferent murder and exploitation of lives for, probably, national gain.

In those contexts, of those who may be surviving, those women and girls can then be subject to the true tragedy here tht comes from the fact that majority of the victims in these mass crimes is the civilian victim trafficking and then sexual exploitation in a variety of ways. Many times, we can see the exploitation in the forms of selling their bodies, basically, as meat and parts for the use of pleasure of another person – a complete stranger, likely – and rape of them.

Those who we could consider lucky, by the roll of the dice in a situation of war and post-conflict, would be those who become the only parent and caretaker of the young and the old left alive in the family.

Such is life, such is war, and are the contexts for those devasted by wars; which can lead to some disturbing reflections, what nation-states commit these violations as the aggressor nation?

Photo by Jacob Mejicanos on Unsplash

Facebook4TweetPin7EmailShares11
wpDiscuz
Share this ArticleLike this article? Email it to a friend!
Email sent!