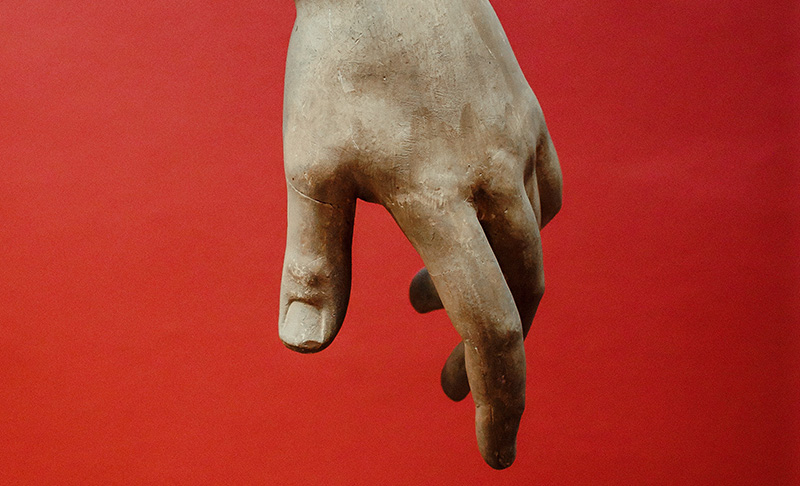 What Renner Larson’s grandfather, uncle and Dick Van Dyke taught him about masculinity.

—
Each generation sees masculinity in a new light. At twenty-four, my thoughts reflect those of my grandfather in his twenties, seventy years ago. As the United States anticipated involvement in World War II, a generation of men was drafted into military service.

Donald Irish is my maternal grandfather. In the years leading up to the draft he was active in the anti-war movement with many of his beliefs solidifying during his involvement in the National Methodist Youth Conference (Boulder, CO, 1938). When it came time to register for the draft, his friends in the movement were among the first to refuse, but a nation facing war saw pacifism as cowardice. The men were arrested, tried, and sent to prison.

With a year left of undergraduate study, my grandfather decided not to join them. Instead, his previous commitment to anti-violence qualified him to register as a conscientious objector.

Between 1941 and 1947 draftees who registered as conscientious objectors were assigned to camps where they performed duties in the Civilian Public Service (CPS). Though many labeled them cowards, hundreds of CPS men volunteered for life-threatening assignments, including smoke jumping (parachuting into remote wilderness to fight forest fires) and even as test subjects in medical experiments. Unlike military draftees, conscientious objectors never received wages; it was the congregations of their faith communities who were obligated to support them.

Already doing valuable social work on Chicago’s south side, my grandfather was never assigned to a CPS camp, but he was fully prepared to be. The call just never came.

Two generations later his experiences influence my thinking. I am proud of his courage, and though I have equal pride for the courage of those who fought (including my paternal grandfather), his strength to act independently of cultural expectations is what inspires me in shaping my male identity today.

Our society glorifies conflict, especially among men. Even language reflects this as we “fight for what is right” and “win victories for the cause.” Our heroes defeat the antagonist; rarely are they the ones helping victims or healing damage.

When confronted, humans answer to fight or flight instincts. Men are expected to fight. Winners are masculine. Whether their victories are on a battlefield or in the boardroom, aggressive men are viewed as stronger. Fortunately I am not being drafted, but that same culture has told me that “warriors” are my masculine ideal.

As a lanky boy with no physical confidence, I never felt adequately masculine. In my head I was like Jackie Chan, but daydreaming was the closest I ever got to Kung-Fu badassitude. When emotional, I cried. Confronted, I fled. I was scared of everything from ghosts to geese (yes geese). I thought I was weak. Brawn eluded me well into college. Fixating on other people’s definition of masculinity, I never noticed my own.

Eventually, by introducing me to The Dick Van Dyke Show, my dad unwittingly triggered a change in my perspective. Rob Petrie (played by Dick Van Dyke) was a type of man I could relate to. He was lanky like me, yet in his family-man antics he was still masculine. Attractive, even.

It is pretty obvious that, even in his prime, Dick Van Dyke did not win huge numbers of fights. Rob’s masculinity was not about physical strength. I, as well as many women, saw the character Rob Petrie to be attractive. It seemed my definition of what strength meant was wrong.

Our biggest mistake is thinking that a warrior’s capacity for domination is at the heart of what we idealize, but courage, perseverance, and sacrifice are not in themselves violent. We idolize warriors (even when they lose) because they transcend self-interest for the sake of others. What we idolize is their compassion.

In the 1960s, a generation after my grandfather’s choice, and on the other side of my family, my uncle Mark Larson burned his draft card. Resisting military service was more common during the Vietnam War. Non-violent movements had grown in the national consciousness after the successes of people like Mahatma Gandhi and Martin Luther King, Jr., but, in making his choice, my uncle still risked public hostility and imprisonment.

His was another demonstration of strength free from aggression.

I do understand why some call pacifism cowardly or even selfish. They see it as an individual’s unwillingness to sacrifice for the collective good. This was especially true for my grandfather because World War II is widely viewed as a “just war.” However, as the men who risked their lives as conscientious objectors showed, pacifism is rarely motivated by cowardice or selfishness. It is an alternate demonstration of strength that I argue holds the key to a truer perspective on masculine power.

As a communal species, instincts to follow expectations are overwhelming. Even in the case of draftees, where individuals are expected to risk their lives, instinct perceives non-conformity as the greater risk to our self-interest. Anticipating a positive personal outcome from defiance of those expectations is counter-intuitive. It takes great courage. This transcending of self-interest for a higher cause is exactly what we idolize in warriors.

Sometimes bravery is sitting down for what you believe in. Other times it is slowing down long enough to notice creatures in need.

A few months ago, while walking in the woods with my girlfriend, we came across a bunny petrified with fear. The tiny rabbit sat in a clearing, exposed, in mortal danger, hawks frequenting the skies. I leaned over, gently nudging it towards cover. In the second before it bolted I held the animal in my palm. A wisp in my hand, it was as fragile as the moment itself.

I have never felt such power. Not from domination, but because, in my act of compassion I was transcending certain limits placed by my ego. Compassion’s inertia can push through personal agendas (my instinct to not touch strange animals in the wilderness). Action mattered more than my insecurities. It is compassionate strength that allows us to act with intention and not as slaves to immediate self-interest. This power is the masculinity I have chosen.

I love my girlfriend because when asked why she is attracted to me she references that story. After personally adopting a philosophy of compassion I have never felt stronger. When emotional, I have the courage to cry unashamedly. Confronted, I listen because empathy drives me to achieve solutions, not victory. For the first time in my life I’m feeling attractive.

Each generation sees masculinity in a new light. Let my generation be pacifists at heart and as we grow into men may compassion be our strength.
—

—
We are proud of our SOCIAL INTEREST GROUPS—WEEKLY PHONE CALLS to discuss and help solve some of the most difficult challenges the world has today. Calls are for Members Only (although you can join the first call for free). Not yet a member of The Good Men Project? Join now!

The $50 Platinum Level is an ALL-ACCESS PASS—join as many groups and classes as you want for the entire year. The $25 Gold Level gives you access to any ONE Social Interest Group and ONE Class–and other benefits listed below the form. Or…for $12, join as a Bronze Member and support our mission.

ANNUAL PLATINUM membership ($50 per year) includes:
1. AN ALL ACCESS PASS — Join ANY and ALL of our weekly calls, Social Interest Groups, classes, workshops and private Facebook groups. We have at least one group phone call or online class every day of the week.
2. See the website with no ads when logged in!
3. PLATINUM MEMBER commenting badge and listing on our “Friends of The Good Men Project” page.
***
ANNUAL GOLD membership ($25 per year) includes all the benefits above — but only ONE Weekly Social Interest Group and ONE class.
***
ANNUAL BRONZE membership ($12 per year) is great if you are not ready to join the full conversation but want to support our mission anyway. You’ll still get a BRONZE commenting badge, a listing on our Friends page, and you can pop into any of our weekly Friday Calls with the Publisher when you have time. This is for people who believe—like we do—that this conversation about men and changing roles and goodness in the 21st century is one of the most important conversations you can have today.

—
Photo by Serge Kutuzov on Unsplash

Renner Larson is the Communications Coordinator at CAIR-Chicago. In 2013 he graduated from Columbia College Chicago with a BFA in graphic design. Having taught English in Tanta, Egypt, he continued practicing volunteerism through the global leadership program Up With People and more

recently as Secretary of the Board of Directors for Families In Vietnam, an NGO working to alleviate poverty through education in northern Vietnam. After working professionally as a graphic designer, Renner is excited to apply his expertise in creative problem solving and design thinking to further the mission of CAIR-Chicago.

Thank you so much. I have and I will. Check out my newest article
https://goodmenproject.com/ethics-values/please-think-responsibly/

The only religous instruction I ever received was with the Quaker’s of the Waiting Worship stripe…
I wasn’t and still am not brave enough to be a pacifist.

“Quaker’s of the Waiting Worship..”

A guy (from Jersey) jokingly said of Quakers: “They spend have the time praying for you, and the other half preying on you!” LOL!!

Just a joke. No offense intended.

I have practice both Aikido and Judo. Their philosophies played a huge part in shaping my understanding of strength.

Nice stuff. One of the first things you learn when you begin training in Aikido, is that when grasped by an attacker by the wrist, open your hand.

END_OF_DOCUMENT_TOKEN_TO_BE_REPLACED

Facebook2kTweet1Pin3EmailShares2k
wpDiscuz
Share this ArticleLike this article? Email it to a friend!
Email sent!