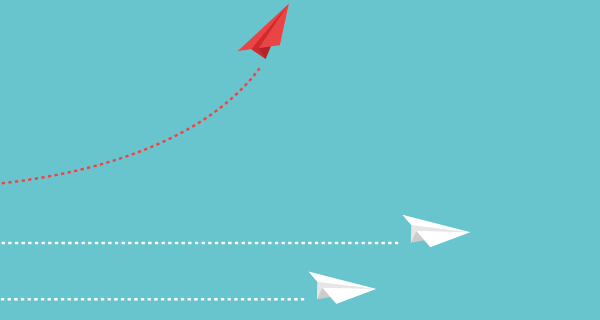 Costs work differently depending on who pays and when they pay. These questions of “who” and “when” and innovations that change them are second-order effects that impact what society gets more or less of.

Some products come with only a cost of production, paid first by the producer and then pushed on to the purchasing customer. This is in spite of the products themselves creating external costs that greater society or specific individuals must bear later on. Other products have these external costs built in at the point of production. In either case, the type and severity of the costs can vary. These costs may be unseen to the product’s end customer, but it is the difference in cost type that changes behavior and leads to unintended consequences.

Let’s start with a common item of apparel: jeans. Jeans are made out of denim, a fabric with qualities which drove its popularity in a few ways. Historically, denim was worn in environments where the wearer needed to do long stretches of manual labor, where washing was impractical, and where durability was key. Think the 1849 San Francisco gold rush prospectors wearing Levi Strauss. Denim was a good fit for prospectors spending all day outdoors, in water, in mud, and with little opportunity to truly wash their clothes.

Denim today is still a tough fabric but also one that requires a lot of processing in order to be soft and attractive. Part of that processing means that the denim is washed and dyed multiple times in processes which create a toxic sludge byproduct.

Denim production is a massive polluter but the cost of that pollution has been largely shifted to remote and poor parts of society where the production is now. Most global denim production takes place in parts of China (chiefly the city Xintong, which produces 300 million denim items annually).

The toxic sludge that is produced has historically been illegally dumped. Only in recent years are producers sometimes held accountable, including going to jail for illegal dumping.

So in this example, the true cost of denim production, both to the producer and to the customer, does not include the cost of cleaning up the toxic byproduct. That cost is instead borne by people who live near the denim factories (certainly including people who work at the factories, though not necessarily the factory owners), others who live downriver from there, and still others who will carry a health ailment and live an impaired life. The total cost is not present in the product itself.

A different example is plastic bag production. In this case, plastic bags are produced and shipped to retailers, with the cost borne in a couple ways. First is the sale price of plastic bags, which for less expensive varieties is often at fractions of a cent. However, since plastic bags are dispersed throughout society, other costs are then created that must be borne by society. One way that plastic bags cost society is in uncollected waste. There are several forms of this, including plastic bags blowing down the street, hanging in trees, shedding microscopic plastic particles into the environment, or just clogging up the back of your kitchen cabinets and creating an environment for pests. The other way plastic bags cost society that uses them is when they are thrown away. That is the cost to bring them to landfills and process them in landfills. (Some plastic bags are also recycled, depending on their value, which recently has more frequently fallen below the cost of preparing them for recycling.)

Note that this tax or bonus, while likely a small percent of the total purchase price at checkout, is multiples (5x to 10x) of the factory’s production cost or sale price for a bag.

With a plastic bag tax, since the cost the item creates is relatively close to the customer (garbage in the street, home, or landfill) and the replacements are plentiful (bring your own or do without), a tax can be used to shift behavior. In the case of denim, where customer locations do not suffer for a preponderance of discarded jeans and certainly not for the pollution created in their production, a tax would not have the same effect. Even if a tax were collected, the value would be on changing pollution from production methods. This is not something that a payment back to the producer could achieve. Denim factories typically serve many brands and are on a race to cost efficiency, not a race toward environmental benefits. The environmental costs they create in their unvisited parts of the world remain unseen by most wearers of denim.

Government backed student loans started in the US in 1958. Loan programs grew further with the Higher Education Act of 1965. In the last couple decades, student loans have risen dramatically in real dollar terms, far exceeding other major costs of living.

The creation of relatively low-interest student loans enabled universities to increase their tuition without students feeling the increase. This is one reason why support for free (government-supported) college tuition is problematic in the US.

Another way to make a cost visible or invisible is in the timing of when the cost is felt. A large category of cost is higher education, which perhaps today is even edging out home purchase (which has fallen) as the single largest cost in someone’s lifetime in the US. A full-fee four-year private university student loan today can be around $250,000. This is a price tag that has increased two to three times in real dollar terms in the last 30 years. Still, there has been no decrease in students seeking four-year bachelor’s degrees. This is for several reasons, one of which is the time shift in easily accessible university loans. That is, little of the cost of education is felt during the four years of schooling. Only after graduation do students start to be hit with loan repayments. Today, a new graduate taking the full loan amount must make a monthly loan repayment prohibitive to any savings for a typical income level.

It seemed as though universities would soon need to slow down the rate of tuition increase, except that financial innovation may instead extend future price increases.

Shifting time even further is a new practice of taking fractions of graduate income as loan repayments. Income-Based Repayment, also known as Income-Share Agreements as expected are typically only an option for graduates of disciplines with higher earning potential. These repayments make it easier on the graduate because of the time shift. (Paying a fixed percentage of income is easier in early years than paying a fixed dollar amount.) Graduates taking repayment plans under these terms pay more over the duration of their loans, but benefit in the time shift of monthly payments (less in the beginning, more later as earnings increase).

This financial innovation does not make college any less expensive (actually, more will be repaid over the lifetime of the loan). But it does make college more affordable (by shifting larger payments to later in the graduates’ careers).

Financial innovations like this help delay an eventual breaking point in university tuition.

In universities, we may not have to do anything about encouraging STEM education (whether the STEM focus is actually better is another question). As tuition and student loans rise, beyond the ability of families to support their graduates’ initial repayments, more students will choose, either because of interest or financial need, the degrees that enable them to earn higher immediate payoffs.

These degrees include STEM and also majors such as business and law. But tuition increases may have an impact on reducing parts of the humanities and arts do not pay well in the short-term after graduation. Students in those disciplines also do qualify for the income-based repayment plans. Long-term effects could include students being forced to choose short-term over long-term gains, if the claim that humanities majors or people who spend time in the humanities do well in the long-term proves true.

The other change that could be driven by tuition increases is in shifting major choices by current economic status. That is, anyone (with aptitude) can apply for better short-term compensating STEM plus business and law degrees (the near-term higher compensation choice), while only those with above average economic status (or scholarships) will apply for humanities and other majors with lower near-term compensation.

At least in the US, there tends to be movement across economic strata across ones’ life, with people moving in and out of top income brackets. Perhaps the tuition repayment and major selection questions will drive more cross-strata movement.

Look at who pays and when to determine which products, taxes, and costs will change producer and customer behavior. Some of these impacts will have second-order effects that change the health and financial strength of the populations they touch.

A version of this post was previously published on UnintendedConsequenc and is republished here with permission from the author.