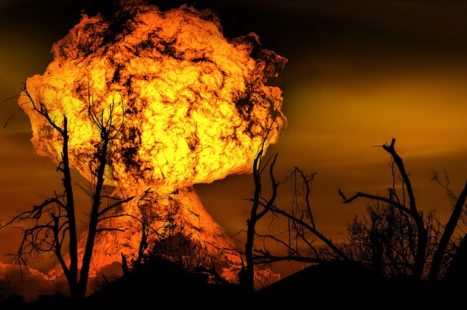 I haven’t seen my grandson since Sunday, July 22. (As of today, it’s been twenty-one weeks, not that I’m counting.) I didn’t know it would be the last time. I genuinely doubt I would’ve been able to say goodbye, had I been given the chance. He’s not dead (as far as I know). He is an innocent victim in the seemingly preventable, yet unending, conflict between me and his parents. Not being able to participate in his life has been one of my biggest fears. I’m still processing how the decision I made that Sunday ultimately led to me living out that very nightmare.

After his weekend bender, my son returned home around 8:00 AM Sunday morning. He looked tired, ragged, and much older than his tender age of twenty-five. Once again, I was torn between my love for my child and my frustration with his decisions. We had a long conversation about the weekend, how I wished he would have handled it differently (for my grandson’s sake), and the events which led him to overindulge, yet again.
My biggest concern was for my grandson and the fact that neither my husband nor I had any legal standing to make decisions in an emergency. I didn’t even have insurance information for him (something I had requested repeatedly). When I took him to the dentist once, the office had to call my son to get permission for treatment. I conveyed my apprehension to my son in an effort to help him understand my point of view.

His response astonished me and I will never forget his words. Over the years, he and I have had many talks about the probability of my husband and I raising our grandson. My grandson was born with tetrahydrocannabinol (THC) in his system. (Side note: it’s a special kind of hell to witness a newborn baby in withdrawal.) The hospital notified child protective services (CPS) and a caseworker was assigned. My son was terrified they would lose his child and I promised I would do all I could to make sure my grandson would be placed in our home. That was the first time we discussed the possibility. It didn’t come to that. His wife had to submit to random urinalysis tests over the next few weeks and the caseworker made home visits before the matter was dismissed.

When my son and I were talking that Sunday morning, he said to me, “Mom, there have been so many times you could have gotten him from us. I’m surprised you never called CPS.” I told him I surprised myself and it seemed to me he wished I would have called. He said, “Yeah, I kinda think I do wish that”, adding it might have motivated him and his wife to change their ways. I expressed it was unfair to place the responsibility of them changing their lives on my shoulders. Then I said, “I’ll make a deal with you, if you decide to put (him) in harm’s way again by going back, I will call them.”

I expected him to be angry at me but he wasn’t. His face showed acceptance and a trace of relief. He said, “I get it.” I didn’t construe his reply as approval or even a challenge. For me, it was about honesty, letting him know where I stood and drawing boundaries. Also, a voice inside my head was whispering that I would never be in such a position. Based on what happened later, I’m learning to analyze whether or not my innermost thoughts are actually just versions of how I want things to be.