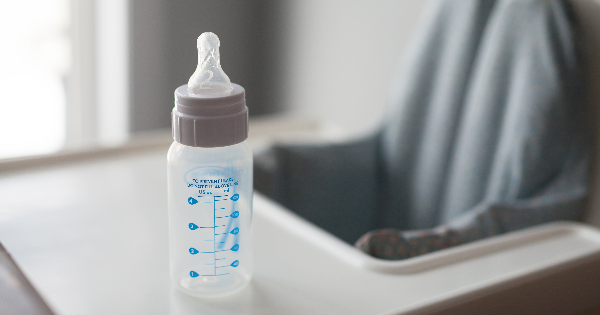 Dear Mr. Dad: My wife is pregnant and I’m not sure I’m cut out to be a father. My wife and I have been talking and it’s clear that she has high expectations. She wants me to be as involved as she is, playing with the baby, reading to it, feeding, changing, and everything else. The problem is that I’m just not interested in being that involved—and I have no idea what to do anyway. Plus, I like my life just the way it is. As you can imagine, though, my wife’s not happy about my attitude at all. Is there something wrong with me? Is there anything I can do that will somehow make me more interested in being a good dad and save my marriage?

A: What fascinating questions. Of course, it would have been better if you and your wife could have had the discussions you’re having now before she got pregnant. But better late than never.

To answer your first question first, no, there’s nothing wrong with you. A lot of guys are perfectly happy with their lives as they are, and the prospect of caring for a child can be frightening. However, given that she’s already pregnant and you’re clearly interested in staying married, the fact is that your life is about to change in a big way—and it won’t ever be quite the same again.

In addition, not everyone (women included) has the desire—or is cut out—to be a hands-on parent. And even if they did, not all couples will be equally involved. In my experience, one of the main reason men aren’t interested in becoming fathers is that they don’t understand just how critical they are to their children’s development and how being an actively involved dad can positively affect them and their partners. So before you decide to opt out of being a dad, consider this:

• Children with involved dads do better in school (better grades and test scores, greater chance of going on to college), have more fulfilling careers, do better on all sorts of IQ and intelligence tests, get along better with their peers, manage their emotions better, have fewer discipline problems, are less likely to start smoking or drinking or to become teen parents.

• The more involved you get with your child the easier it’ll become and the more you’ll want to do it. It actually gets kind of addicting. The longer you wait the harder it’ll be. If you don’t start now, one of these days you’ll turn around and your child will be 18 and you’ll wish you’d had a better relationship.

• The more involved you are, the happier your wife will be, the better your marriage will be, and the longer it’ll last

• Dads who are actively involved with their kids tend to be happier in general and more satisfied in their jobs.

So how to begin? Step one is to get educated. Pick up a copy of my book, The Expectant Father. Getting involved during the pregnancy will make it easier to be involved after the baby arrives. And once the baby does arrive, get a copy of The New Father: A Dad’s Guide to the First Year, which is filled with tons of age-appropriate activities and suggestions. Then, jump in. It’s a little hard in the early months, when just about all the baby does is sleep and fill diapers. But babies just want to be with you—they don’t really care where you’re going or what you’re saying. Reading and playing are great, but if your baby’s healthy, there’s no reason you can’t take him or her almost anywhere you’d go on your own, whether that’s to the grocery store, museums, restaurants, or even outdoor concerts (just as long as you’re not near the speakers).