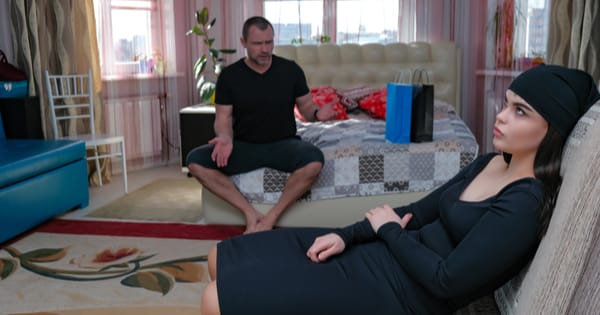 Probably, and you’re in the majority. The term “dysfunctional family,” once used only by professionals, has become popular jargon in America where dysfunctional families are the norm due to cultural values, a high divorce rate, and widespread addictions – from prescription drugs to exercising, working, and shopping.

A healthy family is a safe haven – a place of sustenance and nurturing – that has an air of openness, spontaneity, and playfulness, and allows for freedom of expression. There may be occasional arguments and expressions of anger, but peace returns and individuals feel loved and respected. It functions smoothly like a well-run company. The executives – the parents – make and agree upon rules, which are consistent and reasonable.

Jack Welch, former CEO of General Electric transformed a company that had a closed, inward-focused mentality, an unresponsive bureaucracy, and uncommunicative employees. He realized the importance of making each employee feel like a valued participant whose voice mattered, and prided himself on having an “open door” policy that encouraged freedom of expression. Welch democratized the company, giving thousands of employees regular opportunities to challenge their supervisors and share their ideas in decision-making. This empowerment style resulted in surged performance and employee satisfaction. They felt part of a team and that their voice mattered. He abhorred secrecy and denial, and wanted problems faced and solved. He wanted employees that were free thinkers and outspoken about their ideas and beliefs, even when uncomfortable – when it “might sting.” Employees were given direct feedback – positive and negative – and they, in turn, evaluated their bosses. He organized debates and problem-solving trainings. G.E. was a model of an open system both inside and out. It looked worldwide for new ideas from other companies, and shared the knowledge it gained, which motivated its suppliers.

Of course, a family shouldn’t function to maximize production and profit, but you can readily see that Welch’s ideas of openness, direct communication, and egalitarianism enhanced employee self-esteem, which happens in healthy families. In dysfunctional families, members have lower self-esteem and tend to be codependent. Some of the symptoms are described below, but not all are necessary to create dysfunction.

1. Denial. Denial is a way to ignore or pretend that a painful reality doesn’t exist. Parents try to act normal amidst family problems and crises – such as a parent’s absence, illness, or alcoholism. It never gets talked about, nor the problem solved. This makes children doubt their perceptions and sends a message that they can’t talk about something strange and frightening – even to each other.

2. A Closed System. A closed family, unlike G.E., won’t allow differing or new ideas to be discussed among members or with outsiders. Members aren’t allowed to talk about the family to others, and might not allow guests from another race or religion. Some families are isolated and don’t interact with the community. Others do, but appearances are everything, and the truth about the family isn’t shared. At the bottom are fears of dissimilar ideas and shame.

3. Secrets. Some secrets are kept for generations about a family shame – whether addiction, violence, criminal activity, sexual issues, or mental illness. The shame is felt by children – even when they don’t know the secret.

4. Dysfunctional Communication. This can take many forms – from an absence of communication to verbal abuse. Talking is not the same as functional communication, which involves listening, respect, assertiveness, and understanding. In dysfunctional families, communication is neither assertive nor open. People don’t listen and verbal abuse predominates. (See my blogs “Six Keys to Assertive Communication” and “Emotional Abuse – Beneath Your Radar.”) Children are afraid to express their thoughts and feelings, and are often blamed, shamed, or scolded for self-expression. They are told directly or indirectly not to feel what they feel and may be labeled a sissy, bad, dumb, lazy, or selfish. They learn not to question their parents and not to trust their perceptions and feelings.

5. Rigid Rules. In some families where there is physical or mental illness, parents are too lax or irresponsible, children lack guidance and don’t feel safe and cared for. Generally, however, there are restrictive and sometimes arbitrary rules. Many are unspoken. There’s no room for mistakes. Some parents take over decisions that children should make and control their hobbies, school courses, friends, and dress. Natural independence is seen as disloyalty and abandonment. They prohibit talking about things deemed “inappropriate,” such as sex, death, the Holocaust, grandpa’s limp, or that father was married before. Some families have rules restricting the expression of anger, exuberance, or crying. When feelings can’t be expressed, children learn self-control and become overly controlled or controlling adults, all contributing to low self-esteem.

6. Arbitrariness and Inconsistency. What are worse than rigid rules are arbitrary and inconsistent rules. Children never know when they’ll be punished. Rules that don’t make sense are unjust. This is cruel and breeds learned helplessness and rage that can never be expressed. Children are in constant fear, walk on eggshells, and feel hopeless and resentful because of the unpredictability and unfairness. Their sense of worth and dignity is violated. They lose respect and trust in their parents and authority in general. Because they’re forced to comply, some act-out with rebellious or delinquent behavior, by doing poorly in school, or by using drugs.

7. Role Confusion. This happens when a parent is emotionally or physically absent or is irresponsible and a child takes on parental responsibilities or becomes a companion or confidante to the other parent. This is frequently the case after a divorce, but also happens in intact families where parents lack intimacy. This is age-inappropriate and damaging to the child psychologically, who must now act like a little adult, repress his or her needs and feelings, and may feel that he or she is betraying the other parent.

8. Unpredictability. People feel safe when family life is predictable. If children never know what mood Mom or Dad will be in, they can’t be spontaneous and are always anxious. Even worse is chaos, where the family is in constant crisis, often due to addiction, mental illness, or sexual, physical, or emotional abuse. Instead of a safe haven, the family becomes a war zone to escape. Children may take develop somatic complaints, like headaches and stomach aches.

9. Inability to Problem-Solve. Resolving problems and conflicts is key to a smooth-running organization. But in dysfunctional families, children and parents are blamed repeatedly for the same thing and there are constant arguments or silent walls of resentment. Nothing gets resolved.

In contrast, healthy families are safe because open self-expression is encouraged without judgment or retaliation. Love is shown not only in words, but in empathic, nurturing, and supportive behavior. Each member, down to the youngest, is treated as a valued, respected member. Feedback is allowed, and there’s a sense of equality, even if parents have the final veto. Parents act responsibly and are accountable for their commitments and hold children accountable for theirs. They correct and punish misbehavior, but don’t blame their children or attack their character. Mistakes are allowed and forgiven, and parents acknowledge their own shortcomings. They encourage and guide their children and respect their privacy and physical and emotional boundaries. These ingredients build self-esteem, trust, and integrity.

Today companies, young families, and nations are becoming more open and egalitarian – a hopeful sign for the future.