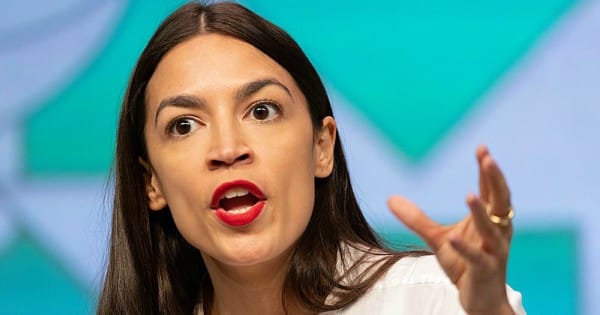 I believe that AOC’s congressional efforts to strike corruption from our government are going to reinvigorate our political system and our country will be made stronger by her consciousness-raising proposals and aggressive goals for us to progress and evolve as a society.

Here are ten things I would like to see her help accomplish:

1. Abolish the Electoral College. There is no reasonable explanation why a Wyoming resident’s vote counts 3.6 times more than a Californian resident’s vote. It is inconceivable to most humans that two of the last five American presidents in a supposed democracy lost the popular vote. The electoral college was a great idea in 1804, but in the 2000s it no longer propagates the highest ideals of our founding fathers; it actually hinders democracy and is proliferating unfairness on many levels. All systems have beginnings, middles, and ends. The electoral college has outlived its functionality and must be abolished.

2. Vote by our mobile telephones and computers. The argument that the ancient paper chad ballot system is less corruptible than voting by mobile telephones and computers is patently absurd. Technology has sufficiently advanced (blockchain, fingerprints, facial recognition) so that it is possible to verify people’s identifications and have them vote via their telephones, computers, or by public computers. When we abolish the Electoral College and vote by our telephones or computers, this should help us escape from the antiquated two party system and allow for a wider range of voices to be heard: dividing the country into Democrats and Republicans was efficient for some time but it is now an impediment to progress and fair representation.

3. Remove all private political campaign contributions. Our system of electing officials has been corrupted by the insane costs of running political campaigns, which has devolved into a system of covert and overt bribery. Publicly financed campaigns will provide voters with a much more relatable and trustworthy array of politicians from which to choose. Recently campaigns have been akin to well-funded popularity contests; strictly regulating campaign finance would make campaigns shorter and more focused on specific policy issues.

4. Impose Federal Judge Term Limits. Our founding fathers could not have anticipated the astonishing medical and technological advances that have been achieved. While appointing Federal judges for lifetime terms made sense 230 years ago, now it is clear that this system has been exploited to disproportionately represent white Christian males and their oppressive views; Federal judges should represent their constituencies and this unforeseeable flaw would be corrected by limiting all judges to 8 year terms.

6. Institute a progressive tax system. For centuries Americans have enjoyed greater safeties and privileges than any other human beings that have ever existed. Yet, after less than 300 years nobody wants to pay for the for these safeties and privileges. In particular, Americans commonly refer to taxes as a “burden.” If the EPA did not monitor the water supply, if the FDA did not monitor the food supply, if there were no sidewalks or bridges or highways or hospitals or post offices or schools or electricity or armed forces or police departments or fire departments… then people might begin to understand the meaning of the word “burden.”

It is a privilege to live in America. Taxes finance that privilege; the real burden would be if our government did not protect us. For decades Americans have chosen to protest inefficiencies in governmental spending by cheating on taxes; the proper way to protest is to execute our freedom of speech and elect politicians who represent our spending desires. We need a progressive tax plan that is simple, elegant and fair (a flat tax?) and no longer favors homeowners, shareholders, married people, and religious institutions such as churches.

Eliminating all tax deductions for charities and 501c3s would flood our government with the money needed to rebuild our infrastructure; it is gross if people only donate to 501c3s because of tax deductions — those people don’t deserve tax deductions. We must thank economists such as Thomas Piketty for clearly demonstrating that capital expands faster than labor and thus we need to have a tax system that rewards laborers, not capital owners. The infrastructure that made America great after World War II — or really since FDR — has declined and become decrepit. A radical overhaul of our taxation system will re-instill our faith in government and stimulate the economy via public work projects.

7. Implement a laudable immigration policy. Because of our lands’ natural resources plus our freedoms, human beings have migrated and immigrated to our swath of North America continuously for the past 527 years. Unless you are a Native American or descendant of a slave who was brought here against his or her will, at some point during the last 400 years someone in your family fled from a more restrictive and oppressive country and CHOSE to come to the land of the free and home of the brave. What if our borders had been closed to that person or those people? Is it not hypocritical for any American to now advocate isolationism, especially when we are living in an increasingly global society? America represents the highest ideals and we must have immigration policies that continue to welcome people who wish to partake in our way of life.

8. Universal Healthcare. Anyone who does not believe in the Single Payer Healthcare system is on the wrong side of history. The pharmaceutical and medical insurance companies currently have undue influence in our government but when private political campaign contributions are eliminated, politicians will hear the voices of voters who all wish to pay less for more comprehensive healthcare.

9. Wean us from our dependence on fossil fuels. Due to a confluence of factors, Americans have enjoyed a nice run of steady and cheap electricity and gas, clean water and air, and relatively stable climate. However, our dependency on fossils to fuel our lifestyle is unsustainable. Thanks to the Green New Deal we are well on our way to switching to new technologies, cutting carbon emissions, and permanently weaning ourselves from oil and coal.

10. Reset the House of Representatives or eliminate it. When President Alexandria Ocasio-Cortez takes the oath of office in January of 2029, her biggest problem will be determining whether to attempt to “reset” the districting for House of Representatives in order to eliminate all of the gerrymandering that has occurred, or to transmute our representative democracy into a true democracy by having constituents vote by referenda via their mobile phones and computers. This is a problem that will take our greatest minds to solve and I am certain that President AOC will consult them.

In its first 230 years, our democracy has become terribly corrupted, our legal system is biased, discriminatory, prejudiced and egregiously unfair, our economic system is no longer (if it ever was) based on nor does it propagate equality of opportunity, and our political system no longer represents the will of the majority of its constituents. In the coming years, we risk disintegrating into un-united bordering states or erupting into a violent civil war unless we refine the structure of our government to remove corruption.

Over the next ten years, I hope that AOC can accomplish as many as these changes as possible and complete them when she becomes president of the United States of America in 2028.

Our future depends on it.

Facebook586TweetPinEmail1Shares587
wpDiscuz
0
0
Would love your thoughts, please comment.x
()
x
| Reply
Share this ArticleLike this article? Email it to a friend!
Email sent!