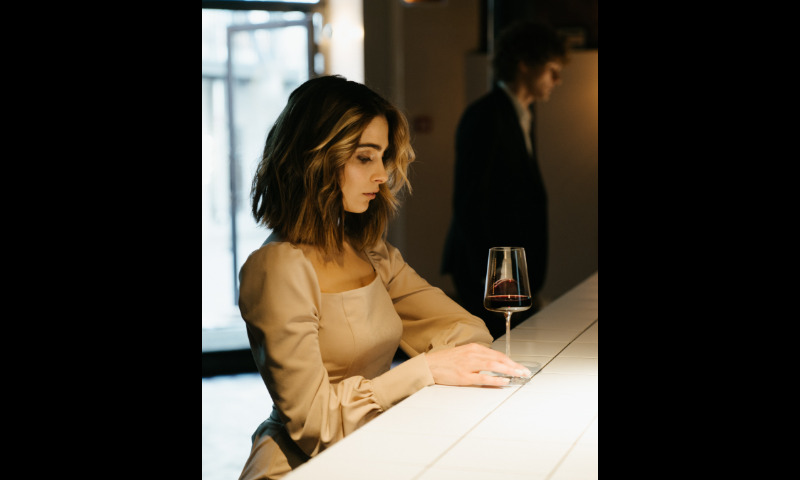 Jamie Maguire imagines being able to enjoy a long and satisfying relationship with the woman he loves.

Hooking up easily with her, going on a few dates, getting her helplessly in love with him up to the extent that she can’t wait to spend the rest of her life with him…

Walking with her down the aisle, building and nurturing their beautiful little home in love and affection, growing old together without any divorce or breakup except for some occasional disagreements and fights which are quite normal.

Could his dreams ever come true?

But again and again, he has seen and heard of many couples with almost the same or even better success stories, but his relationships never survive after the honeymoon ends. And sometimes he never makes it to the second date.

What am I doing wrong? Am I not attractive enough? What keeps chasing women away from me?

The Hard Truth About Attraction

Because your attractive physical appearance can only do a little to your quest of attracting the opposite sex and keeping them glued to you for long-term relationships if some of your behaviors keep undermining your efforts.

To stand a chance of enjoying satisfying better and lasting relationships with women, there a few misconceptions you need to stop believing because women don’t really care about them.

Some are more like little behaviors that repel women from you.

Shall I introduce you to them?

So you don’t think it’s a great idea to show your vulnerable self to women especially when you’re beaten by the ups and downs of life?

Of course, you wouldn’t want to be termed as “a weak man” since society expects men to be strong and tough even through the toughest and difficult challenges of life.

But will you be shocked to learn that women will find you robotic and unrealistic if you try so hard to bottle up every form of vulnerability?

No woman would prefer an unemotional, indifferent, and never feel pain kind of a guy over one who doesn’t see it as a big deal to show some play-annoyance after being teased, or even cry after watching a touching movie.

Yeah, that’s because women fancy relationships where men can express their feelings and be vulnerable as it builds a stronger bond between them.

But this doesn’t mean you should constantly turn to your woman for emotional support and guidance because that might make her lose enough respect and attraction for you over time.

That’s why you should deal with difficult situations like a man at times by focusing on solutions rather than wasting time feeling emotional.

The bottom line is, you shouldn’t be too robotic by bottling up all forms of vulnerability as that is one of the major turn-offs for women.

And you shouldn’t be too emotionally dependable on a woman as that is also not sexy.

Having a Normal Hair

Being too self-conscious about your receding hairline or gray hair will have negative impacts on your general confidence.

You might even wish to have a hair transplant or try to cover your gray hairs with dye. This is not really necessary because most women don’t care much about full hair or receding hairline or even graying hair.

And according to Sven Raphael Schneider of Gentlemen’s Gazette, they mostly pay attention to your character, humor, and the way you are as a person.

Balding or greying hairs are mostly natural things that are related to one’s genetic makeup. Why not own it and let it be a part of your personality?

Come on. Women don’t really care about it so why should you? Besides, any woman who doesn’t like you for your greying hair or baldness doesn’t deserve you either.

Being Taller or Having Same Height

Do you really think you don’t stand a chance in hell of getting the attention and love of that hottie simply because you’re not “so tall?”

I used to feel the same way. As a short guy (165 cm tall. Oh, I mean, short. Lol.), the thought of hooking up with taller women always puts me off balance and uncomfortable.

Maybe because I’ve been told by a handful of girls even the ones I’m taller than that they would always prefer to go with taller guys. And at that time I began to wonder if I’m cursed by God to be short. Lol.

Until during my first days in the university, I realized that most women don’t care about height as much as I thought.

After dating two taller girls of about 178 and 173 cm respectively (and the last one is still my current girlfriend), I realized that, as long as a man is comfortable with going out with taller women, it’s not going to be an issue for the women once love is involved.

So why worry about height when you might end up with someone taller than you?

It really seems nice to assume that women can’t help but fall helplessly in love with men with bigger p*nis.

Because it seems as if the bigger the size of a man’s p*nis, the more women are likely to be satisfied.

Well, that’s just a common mythconception because most women don’t give a d*mn about the size of a man’s manhood.

This implies that women are mostly concerned with your personality, character, attentiveness in bed, and your willingness to make her happy.

The truth is, only a man with confidence issues will be so obsessed with the thoughts of how big or small his p*nis is.

That’s to say, there’s no point in building your self-worth and confidence around the big size of your manhood or feeling insecure and uncomfortable if you aren’t “that endowed.” Because women don’t care about it as you might think they do.

Having a Lot of Money

This one seems a bit controversial but it’s actually more straightforward than it isn’t. Women aren’t obsessed with loads of money as most men believe.

Besides, a man in his right senses will want a partner who loves him for him and not someone who is simply obsessed with what he has.

This implies that a woman who is attracted and fascinated by your money doesn’t really like you for you. And it’s probably not a nice idea to date her at all.

Because a woman that is into you wouldn’t care about how much money you make or have as most women have their own money these days.

All you just need is to be self-dependent, confident, and have a positive drive. Of course, making a lot of money is somehow related to this, but you don’t need to be a millionaire to achieve it. A steady source of income will do the magic.

The second you decide to start worshiping, praising, or idolizing a woman always with some kinds of superficial or even flattering compliments, the count down to the end of your relationship begins.

The more you prioritize complimenting women all day long basically on their looks and appearance, the more women are going to find you unattractive.

For sure, receiving some genuine compliments every once in a while is quite charming. But being placed in the place of honor or praise all day long isn’t.

The truth is, women will always prefer a conducive relationship environment where they can be free to be vulnerable, express their feelings, and be themselves. Over one where they’re compelled to believe that they’re some kind of perfect, sexy, or extremely gorgeous divas.

Because the fear that such an illusion will be crushed will make it difficult for any woman to be vulnerable or be herself. Worse, she might even be compelled to go to bed with make-up to appear perfect when she wakes up.

Hence, no matter the reason why you might want to chase or haunt a woman with unceasing compliments, it just isn’t attractive. Simple.

Being Arrogant and Cocky

One of the reasons why lots of men fail hopelessly in the women’s department is that they’re overly arrogant, pretentious, and boastful. The worst part is that they believe such behaviors will get women drooling over them.

That’s completely wrong. They would even be repelled away or despised extremely by women.

As a man, imagine going on a date with a woman who just doesn’t care about what you think. A woman that endlessly runs her mouth about her accomplishments, social status, and success stories. She’s overly cocky and self-confident up to the extent that she pisses you off.

Will you like to go on a second date or even take things further with such kind of person?

Of course not, and even if you do, the relationship will have an ugly ending.

That’s exactly why true confidence matters. And not some kinds of “fake confidence” concealed in arrogance and cockiness.

Because no matter how hard you try to fake it, your lack of confidence and insecurity will still be perceived.

Being overly arrogant reeks of insecurity and isn’t appreciated by people in general and not just women.

Unless we all ditch or abandon some of our behaviors, attitudes, or even believes that are hindering us from enjoying satisfying relationships, our relationships will always be short-lived.

Like earlier mentioned, it will be pretty difficult to truly win over a prospective partner if one’s behaviors or beliefs keep getting in the way.

What about having repulsive behaviors like arrogance or unceasing compliments?

Of course, they won’t only make it difficult for one to enjoy long-term relationships but will also turn one’s love life into a mess.

The truth is, the former are limiting beliefs resulting from one’s insecurity while the latter are silly behaviors mistaken for what attracts women but unfortunately, they only repel them.

So, let’s not make things difficult for ourselves. And avoid things that might make women label us unattractive. Instead, we should develop deeper and more meaningful ways of being attractive.

Specializes in helping Men and Women level-up their dating and relationship game by motivating them to be in control of their love lives. 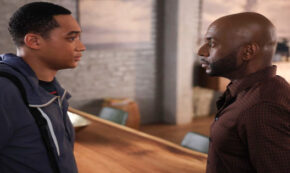 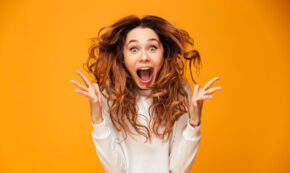