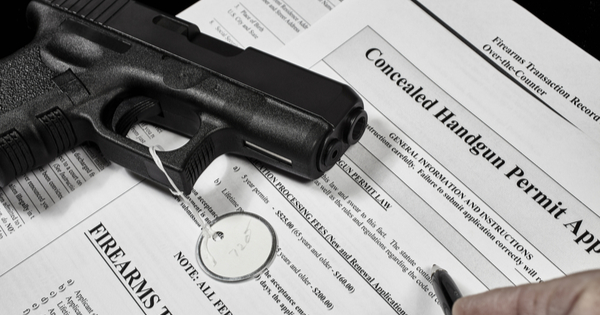 Yesterday I got a letter from the NRA. It struck me as odd because I don’t own a gun. I don’t ever remember owning a gun.  I may have owned a shotgun for hunting a long time ago. But, I didn’t own it for very long because I hated hunting. It was usually cold and windy and always miserable. Plus, I just didn’t like the thought of shooting something just because it was edible. Hunting is the best reason I can think of for vegetarianism.

Hunting and fishing was just as much a rite of passage where I grew up as learning to smoke and stealing beer from your parents. I never really understood the appeal, up with the sun, bundled in so much clothing you could barely move, driving around in a car with the heater turned all the way up, sweat drenching your undershirt and long underwear. Find a thick stand of trees covered in snow surrounded by waist-high bushes, thick and impenetrable, pile out and off you go.

Slogging through wet foliage, the moisture soaking through from the outside and the inside, and God forbid you actually saw a bird. Guns would explode so quickly and wildly it sounded like thousands of shots, blasting away the hangover lethargy, the dull, dreary senses. Bam, you were awake, alert, and hoping no one got shot. The thick smell of gunpowder burns eyes and noses, smoke floats across the soggy, trampled bushes, punctuated by the excited cries of “I got it.” “No, I got it, dumbass.” An argument that lasted all day, repeated itself, and I thought, “goddamn, this morning will never end.” I would sneak back to the car and smoke what was left of the joint from last night. I wasn’t much of a hunter.

If I did own a gun it was hardly ever used, when the birds jumped and screamed and the lead started flying I always dropped to the ground. I wasn’t going to be a statistic.

Fishing was different. For one thing, no fish were ever harmed in our trips. We sat in the sun, sweating, baking, burning and miserable. But, we never bothered the fish. The worms weren’t very happy about being stuck on a hook and tossed into the water. But, the fish were pretty content. And really who wanted to eat something that ate worms. No thanks. I wasn’t really much of a fisherman, either.

In fact, I am mostly just a pacifist who would rather live and let live.

Which is what makes the letter so odd. I haven’t opened it yet. I’m still grappling with the incredibly complicated system of miscalculated random events that made the letter arrive in my mailbox, with my name on it. Obviously, the NRA doesn’t understand my views on gun control. Maybe they are just that desperate and will ask everybody.

I guess, in a way, it might be good to join, a little stroll behind enemy lines. That’s why I follow some people (Trump fans) on Twitter, just to see how the other half thinks. I can’t say I’ve learned anything.

People will believe what they are told if it supports their opinions. But, I already suspected that. And I think the NRA is about as open with the public as they are with their members, so it would just cost me whatever the going membership rate is without any benefit.

It probably doesn’t come with the advantages provided by my AARP membership. Or my Golden Buckeye card, which saves me 10% on Velvet ice cream at Ye Olde Mill in Utica.

So, I will probably pass on the NRA membership. But it’s always nice to be invited.

Facebook7Tweet3Pin1EmailShares11
wpDiscuz
Share this ArticleLike this article? Email it to a friend!
Email sent!