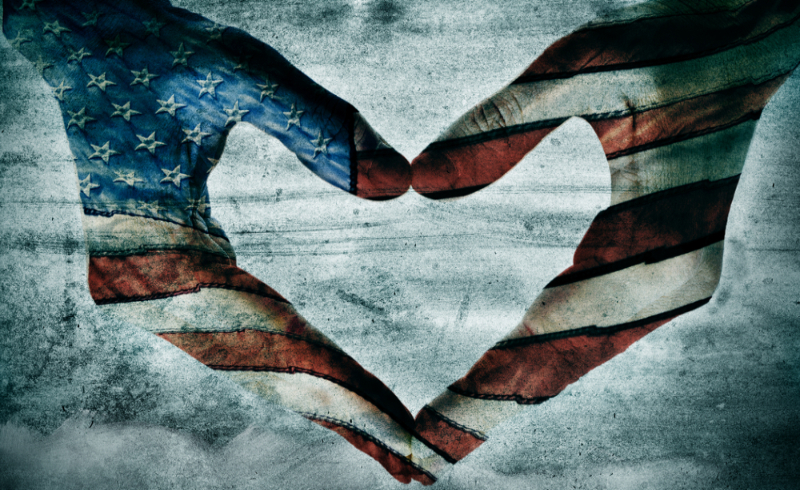 You’ll never take back our country with weakness.

You have to show strength and you have to be strong.

Like many Americans, I’ve spent the final weeks of 2020 looking forward to a new era – an eventual release from the grip of COVID-19, and the new beginnings that any change in leadership promises.  The shelter-in-place constraints created a stretch of unstructured time that I used to read and reflect on the events of the past year.  A giddy sense of optimism arose within me.  I began to entertain the hope that we were making a fundamental shift – collectively as a nation, and as men.  My exhilaration was short-lived.  Witnessing a mob attack our Capital in an attempt to overthrow our democracy made me realize that much work remains to be done.  It will not be so easy to put the past behind us.

Many have observed that the current pandemic may change the way men roll.  Others contend that the presidential election forced voters to consider the type of masculinity that we would like to see in the Oval Office – an authoritarian, command-and-control presence or a leader whose exercise of executive power is more consultative and legislative, balancing multiple points of view.

Much as I believe that the trials of 2020 have forced men to develop new behaviors to meet the demands of being a 21st Century male, the last few weeks have confirmed that we are still stuck, unable to break free of a culture of masculinity that is geared towards dominance and exploitation of “others” for personal gain.  The real question is: in 2021 will men finally get serious about expanding our worn-out warrior model with other ways of being male?

The evidence is not encouraging.  The  Trump administration and its allies have drummed up support for their power plays and have refused to make way for a new government. Both the storming of the US Capitol, an act of naked aggression, and the necessary use of force to restore order are clear confirmation of the limitations of the power-aggression model that dominate our culture.  They also epitomize our nation’s and most men’s internal conflict about how to handle the real challenges inherent in making a shift.

Some antagonists are doubling down, still refusing to acknowledge recent election results and threatening a second civil war. Their behavior obviously requires some type of equivalent response, perhaps a stronger show of force, as the threat of additional violence escalates.  Other politicians are recalibrating their positions.  It remains to be seen whether their recent protestations of support for democratic principles, their condemnation of the violence, and their promise to prosecute aggressors are sincere or a sham, just another political maneuver.  One thing is clear. However this ends, it’s long past time men stop paying lip service to change.  It’s time to reject the culture of masculinity that has been revealed in this historic moment.  We need to move forward.

There are other mechanisms for demonstrating strength than these tired, macho tropes that we are watching – ways of working things out and still being male that “real men” have been advancing for several decades.  Thirty years ago, the men’s movement explored the positive attributes inherent in the male archetypes that have guided societies around the globe, including our own.  Order.  The power of reason, stability and balance.  An ability to detach and focus the mind and body to persevere and withstand pain.  The acquisition of knowledge and skill.  Insight.  The inner depths of passion and pleasure.  Service to others. Unfortunately, as the men’s movement learned, and we have just discovered, there are some basic flaws in this approach as practiced within a power-aggression system. We’re still in a mess.

Trying to pinpoint where we are stuck, as men and as a society, I revisited the books that I have accumulated on masculinity in my man cave over the years. A pale green study and oasis, it’s a place to which I can retreat for quiet contemplation. Around me, the house rocks with the testosterone of young men on furlough from their professional assignments for the holidays, a new puppy, and an extremely patient wife.

I scanned dozens of old chestnuts like Iron John, Fire in the Belly, King, Warrior, Magician, Lover, From Wild Man to Wise Man. I had seen myself so clearly in the male archetypes that these books discussed thirty years ago, as I began my life’s great adventure of raising two boys.  It felt as if the books’ insights had magically appeared just as I needed them the most.

Then as often happens, a book that I had neglected “jumped” off the shelves into my lap: The Hidden Spirituality of Men by Matthew Fox.  It proposes that men consider long-forgotten archetypes that run counter to “Man Box” culture. These include The Green Man, The Blue Man,  Earth Father, Father Sky,  Grandfather Sky, Hunter-Gatherers, the Spiritual Warrior.  While I agree with Fox that these masculine archetypes are underutilized and must be more thoroughly integrated into our identities, they alone won’t solve our current crisis.  All these male perspectives tend to devalue the attributes that we associate as “feminine” and as “other”, and need to be paired with feminine archetypes within all of us. Men’s over-identification with only male archetypes (and their shadows) may actually be part of our problem.

I am increasingly convinced that men (and frankly some women) need to develop an understanding and a set of practices that support the value of the sacred feminine components of our personalities, as innate drivers that can help us channel our power and aggression into positive outcomes.  The inherent strength of being open, transparent, accessible, and vulnerable.  An appreciation for the grace, beauty, and sacredness of all things.  The ability to stay grounded, living through pain to give birth to new ways of being.  The extraordinary influence that arises through sharing power and enabling others to develop their strengths.  The necessity of caring for one’s own self and those less fortunate.  These attributes are sorely needed to fully comprehend the interconnection and interdependence of all things (as COVID-19 has tried to teach us), and the value of heart-centered connection and collaboration, as Mirabai Starr points out in her book Wild Mercy.

Men also need to get serious about recovering and nurturing our souls.  I’m not talking about adopting a faith-based practice (though that might be good for some of us, too).  I’m talking about our values, our priorities, and a set of healthy work and lifestyle choices.  These should be informed by the alternative archetypes that Matthew Fox has codified and the feminine wisdom that is available to all.

This is going to be a challenge.  The Man Box that we’re in does not respect archetypes.  These universal symbols or images from the collective unconscious are considered irrelevant in a world that mainly reveres power and money.  Nonetheless, we must try.  So, as we rise to the challenges of this New Year, here’s my resolution:  I will begin again to strive to become a New Man.

Mark, This is truly a new era, where we are called upon to bring the best of who we are as men. Thanks for the article. Like you I feel its time for us to step forward. I’m honored to have been writing for GMP from the beginning and been writing books about what it means to be a good man since my first son was born in 1969. My book 12 Rules for Good Men came out in 2020. Its time for us all to decide whether we want a world lead my the wounded and stunted masculinity of… Read more »

FacebookTweetPinEmailShares29
wpDiscuz
1
0
Would love your thoughts, please comment.x
()
x
| Reply
Share this ArticleLike this article? Email it to a friend!
Email sent!