In therapy I have found that going back into trauma and finding alleviation from it has been the best form of medicine. This process has helped me to regain my functionality, independence, and has changed the way I think and look at the world. I’ve had the same amount of medication for seven years and all the progress I have made has been in therapy and journaling.

When I first starting looking to alleviate trauma I would tell things to myself like I’ll never be picked on again and try to convince myself the trauma would not happen. This worked temporarily but I learned to move forward to a better truth. I learned that the things I was afraid of are definitely going to happen, like getting made fun of. At first it was scary to think I’d have to face getting made fun of again when I began reintegrating with others socially but I soon learned that “if you can’t change something, change your attitude towards it” (Maya Angelou). 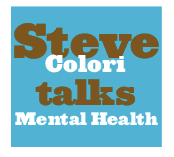 This advice was extremely helpful in my psychotherapy. I learned that there will always be people who are going to make fun of me but to not take it personally. I can’t always control what people are going to say and do towards me but this also doesn’t mean that I’m deserving of their poor treatment and harsh words.

In earlier years I thought when someone was making fun of me it had everything to do with who I was but I realized in later years that it has everything to do with them and not much to do with me. There are many people out there who will treat everyone poorly. This doesn’t mean that anyone deserves it but more so it’s just an indication that the bully is struggling with their own issues and doesn’t know how to properly find alleviation from them. Bullies tend to suffer more than anyone. When dealing with a bully I’ve learned even to treat them with kindness. I feel a lot of times some people need to unlearn the poor treatment that’s been directed towards them and the only way to help them with this is to continually reinforce to them that you are going to be fair and kind to them. Sometimes people need to see kindness modeled in order to know what it looks like and to get a sense of how to integrate it into their own life. Sometimes people just need to be shown kindness time and time again to finally break their fear they have of others which tends to lead to them being bullies.

I tend to treat everyone well regardless of how I’m treated so I’ve come to realize that the things people say have way more to do with who they are and the stress and anxiety levels they have in their lives than it does with anything I’m doing or saying. In conversations there are many times where people unintentionally insult me and say things they don’t mean to but I don’t take it personally. I choose to still treat them well so when someone treats me poorly I don’t really care much for it. In the past I would say something sharp in my defense and then I would feel poorly. This was painful and I realized the thing that will help make me feel good and be forgiving of them is to just treat them well regardless of what they say to me.

I’ve learned socialization can be a difficult thing for everyone so I have to give people as much room for error as possible. This helps make conversations flow better and has given me more understanding of people’s true intentions. In prior years I used to get caught up on being insulted or on things people were saying but when I look to understand the reasons people are saying what they are it has helped me to understand them better and to have much better emotional health. It has also improved my social life. When someone says something I disagree with and I treat them kindly, it helps me to keep my emotional countenance and doing so helps me to process their true intentions, which are usually good, even if their words are not. I’ve learned many times people’s intentions can be good in social situations but the delivery of their message might not be up to par.

Understanding others has been a tool that has helped me to forgive people time and time again and to also forgive myself for the social inadequacies that I’ve had while interacting with others. I usually look to figure out what might cause someone to say something mean instead of reciprocating their maltreatment. I feel an eye for an eye makes the world ostensibly blind so for me my goal is to always treat people well and to be understanding that they there could be any number of reasons they have said something in poor taste to me, regardless of who I have been as a person or how I’ve treated them. The social spectrum is not always a moral cause and effect system. There is randomness built into it and a great deal of misinterpretation and misunderstanding that can lead to negative interactions.

When I seek to understand people I learn far more about human nature and how to create positive social interactions and this has been one of the keys to my success in rebuilding my social life. For a while after my episodes I didn’t have many friends because I was very defensive and took things the wrong way. When I worked towards reflecting on social situations and building my skills I learned increasingly more about human nature and this helped me to finally be able to connect to others socially and maintain friendships. It was a process of reflection on things that went well and things that I could improve but it was work that helped me to rebuild a social life that I now am able to enjoy.

Photo by JuanMa Velasquez. on Unsplash

END_OF_DOCUMENT_TOKEN_TO_BE_REPLACED

Facebook68TweetPinEmailShares68
wpDiscuz
Share this ArticleLike this article? Email it to a friend!
Email sent!