Thank you for showing me that genuine men do exist and that I can be open to finding and exploring new relationships.

To the guy who helped me move on, Thank you.

We met in what used to be considered a non-traditional manner: a dating website. This website is known for bringing together people who are looking for a serious commitment rather than the hookup apps our peers use. We both met our exes there, so we knew it would work, and we both hoped we would meet our spouses.

You broke the ice first, sending me the typical five questions. I looked at your profile before answering, smiling at the way you outlined the person you hope to meet and noting how similar your response was to my own. You used “whom” correctly, which gave you a million bonus points over anyone else.

After a couple of days, we made it through all levels of communication and reached “open communication.” I have to admit, I was nervous. You live a few hours from me and were very similar to the ex from whom I was desperate to move on. I was scared to fall for you because I was afraid I was falling for my ex all over again.

You didn’t respond for several days. I was hiding a dirty secret from you and all but two of my friends: I was talking to my ex again. The more he and I talked, the more I thought I was falling for him again.

A best friend told me to stop; I would mess up any chance I had with you. “It’s fine, he hasn’t even responded to me…” I countered. The night you finally responded, a swift apology attached, I begged silently before opening the website up, I hope to God that [your name] responds soon because I need this. I need to move on from [ex’s name]. Your name appeared with your message and my heart soared; the ex didn’t matter.

The next few days we texted, our conversations flowing from one topic to the next so seamlessly it amazed me how much time had passed. Our relationship progressed to adding each other on Facebook, the epitome of realness in this generation.

And then I saw it.

You had a friend who had two people in common with me. I saw my best friend’s name appear beside your own, and suddenly my world became much smaller. You, a random person I met on a dating website, knew someone who knew my best friend.

I broke my code that night after you said goodnight and once more spoke with my ex. I described the situation to which he, like you, said it was a coincidence and small world. Discussing you was the moment I realized I was over him. I’d done what I had been trying unsuccessfully for two years to do: I moved on from my long-term relationship.

August 15, 2015, was, in my mind, the day I was going to become Mrs. Ex’s Last Name. Instead, after four hours of sleep and running on pure adrenaline, I made the drive north and arrived at my hotel ten minutes early. I used those spare moments to calm myself down before letting you know I’d arrived. My anxiety was in overdrive as you said to watch for a blue Jeep Patriot. I panicked when I saw you pull in, wondering if I should hug you or shake your hand.

You approached me and stuck your hand out. Decision made. “How was the drive?” you inquired as we walked to your Jeep. We talked the entire drive to the Cajun restaurant, and I chuckled when you noted the dim lights created the ambiance you were hoping for with our first date. Like the six weeks prior, our conversation was easy flowing; I’d never laughed so hard with someone new. We told stories. We ate. We made plans.

By the end of the weekend, I had decided I could see myself dating you.

You had just finished racing a go-kart at the local county fair, and we were headed back to town. The car was silent, and I was grateful, as I knew we were both lost in thought. “So is this the awkward part?” I asked, meaning the moment in the weekend when the end was close, but we still hadn’t had “The Talk.” You glanced at me and apologized, citing after a previous job where silence was a rarity, you’ve come to appreciate quiet when you could.

A few days later we finally had “The Talk.” “I’m conflicted because while I agree that we got along great, I didn’t feel a romantic connection that I was hoping for. It seemed like a friendship. I don’t know if that’s something that can be developed with time or not. That’s what I’ve been mulling over recently.” I stared at the text and felt my world crashing around me.

In the days since deciding we were better off as friends at the moment, I have a confession: You are someone I could see myself being friends with and after a few more failed relationships deciding to give it a go.

So here’s to you; the guy that helped me move on from a terrible relationship. May we continue to build the friendship and be open to whatever comes next.

But most of all, thank you. Thank you for showing me that genuine men do exist and that I can be open to finding and exploring new relationships. Thank you for broadening my horizons and checking off a few items from my two-year bucket list. And thank you for being honest with me at all times.

The girl who thought she could never love again.

Amy Bascom graduated from Grand Valley State University in December 2012 with a degree in Writing. Born and raised (and still living) in Northern Michigan, she loves reading young adult novels, writing across genres, and is currently pursuing an Master's in Library and Information Science from University of Wisconsin-Milwaukee.

Cool. Don’t discount this just yet. My second wife and i did just this. Friends with shated intetests for at least 5 years. Romantically i was attached to a former gf, and compared my friend to her after my divorce. But her characyer, my ease with her, the no drama life we intersected led to a proposal 2 years later. Never regretted my decision to pull my head out of my ass. 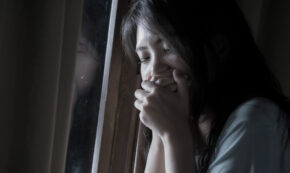 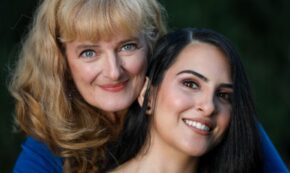 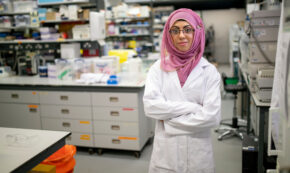 FacebookTweetPinEmailShares28
wpDiscuz
1
0
Would love your thoughts, please comment.x
()
x
| Reply
Share this ArticleLike this article? Email it to a friend!
Email sent!