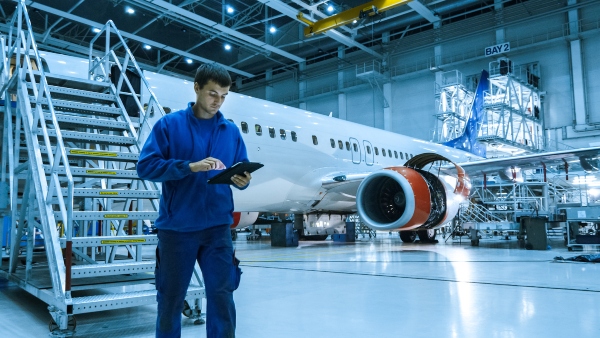 Indonesia’s top engineer and former president, Bacharuddin Jusuf Habibie or B.J. Habibie, who built the country’s aircraft industry from scratch, died at the age of 83 in Jakarta on Wednesday.

The brilliant scientist studied in the Netherlands and Germany and worked for German aerospace manufacturer Messerschmitt-Bölkow-Blohm before Indonesia’s second president, Suharto, asked him to return to Indonesia. He established the country’s first aircraft manufacturer, Nurtanio Aircraft Industry, known as IPTN, in 1976.

The state-owned company grew to become a subcontractor to the world’s major aircraft manufacturers, such as Boeing, Airbus, General Dynamics and Fokker.

During his leadership, he was known for his pioneering breakthroughs and forward thinking in adopting research and technology for industrial purposes.

He changed Indonesia’s policy on industrial development from being economically driven to focusing on higher technology.

Before Habibie served as minister of research and technology, Indonesia developed its industries based on economists’ calculations of efficiency and profitability, focusing more on labor-intensive and resource-based industries. But he introduced the importance of developing strategic industries using higher technology, like aircraft, ship, communication equipment and weapon industries. He believed that, despite the high costs to develop these industries, they would bring economic benefits in the end.

Habibie also introduced a number of subsidies to develop these strategic industries, including aircraft manufacturing. For example, he provided land to IPTN at no cost to the firm. He coordinated the sale of IPTN’s products to other state entities, such as Merpati airlines and Pelita Air.

One of his bold approaches involved introducing a progressive manufacturing plan to develop strategic industry. Technological development often follows a basic plan that starts with basic research and ends with advanced technologies. For his progressive manufacturing plan, Habibie changed the order so it began with mastering advanced technologies – by technology transfer through licensed production – and ended with basic research.

His argument was that Indonesia didn’t have the knowledge and resources to develop industry if this started from basic research.

This approach is proven to be working for IPTN. A majority of IPTN’s aircraft were developed from other models, whose licences had been bought. These include NBO 105 light multipurpose helicopters, a model derived from Germany’s Bölkow Bo 105 helicopter, and NC 212 medium transport aircraft from Spain’s CASA C-212 Aviocar.

Pak Habibie’s passion for planes started when he was a child and never faded. Not even a financial crisis and serving as president dampened his love of aircraft.

The 1997 financial crisis hurt IPTN’s business, forcing it into inactivity.

The crisis also triggered political turmoil, leading to Suharto resigning after more than 30 years’ rule. Habibie, who was then Suharto’s vice president, succeeded him. He served for a little over a year, but rights activists laud him for ushering Indonesia into an era of democratisation.

Even during this brief political career, Habibie was still a true engineer. People told me when he was a bureaucrat he still approached problems with the mind of an engineer. He always analysed problems from their roots before finding solutions.

In 2012, he founded a new plane manufacturer, Regio Aviasi Industri (RAI). It is now developing the R-80 aircraft, an 80-seat regional transport aircraft. Local airlines have ordered up to 155 R-80 planes. Its prototype is targeted for flight tests by 2022.

Showing his full commitment to RAI, Habibie told me in a meeting last year that he would use the earning from movies based on his life story to fund R-80 development.

His love story with his late wife, Hasri Ainun Besari, has been turned into two major blockbusters in Indonesian cinema – Habibie & Ainun (2012) and Rudy Habibie (2016). Another sequel, Habibie & Ainun 3, is slated for release in December this year.

Let’s pray that Habibie’s and Ainun’s souls rest in peace, and his dream that Indonesia’s aircraft industry thrives is realised.