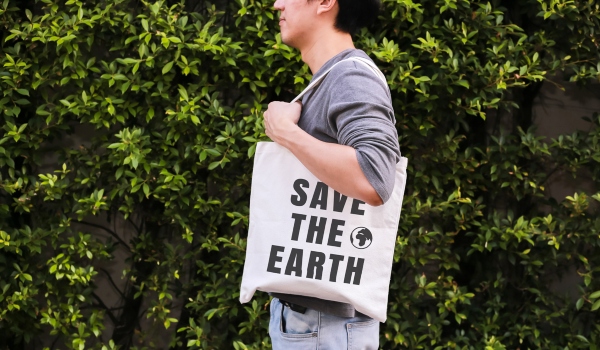 Pricing carbon is about much more than getting people to drive less. It is also about generating the money we need to accelerate the process of getting our economy off fossil fuels and onto renewables.

If a nation-wide price on carbon is going to be successful, getting this part right is crucial.

Our whole economic system creates dependence on fossil fuels. This is bigger than tax and royalty structures, but these structures matter. A lot. Fossil fuels are still subsidized. The natural gas boom has left prices low. This has stunted large-scale uptake in renewable energy technologies. Over-reliance on hydro-electricity isn’t helping either.

As an institution working towards zero emissions by 2035, the University of Winnipeg knows this first hand. In 1990, University of Winnipeg buildings and owned vehicles emitted 3,132 tonnes of CO2 equivalent. In 2015, occupying 38 per cent more space than we did in 1990, we emitted 2,129. That’s a 32 per cent reduction in absolute emissions despite a period of rapid campus expansion.

The University of Winnipeg has already mirrored Canada’s emission reduction commitments under the Paris Accord. And it’s done so in a way that will pay for itself in about eight years. The next target is to achieve a 50 per cent reduction in emissions comparing 1990 to 2020 with or without a carbon price, which we think is achievable. However, our university is also pretty sure that we can’t get to zero unless revenues from the price help tip the scales away from the artificially low cost of fossil fuels.

The university has conducted feasibility studies for geothermal, solar, wind and biomass systems for our campus. These are all forms of energy that provide lots of promise for replacing both fossil fuels and expensive hydro-electricity as heating sources.

But in every instance, the university’s capacity to implement these technologies to their fullest is limited by the cost relative to fossil fuel alternatives. That won’t stop us from nibbling at the edges and implementing what we can while being good stewards of public funds. But if we’re going to stop emitting, we need to do better than nibble at the edges.

This is where the carbon tax comes in.

By using carbon price revenues to invest in Canada’s growing renewables industries, provinces can tip the scales. They can narrow the price gap.

Especially in these early years of carbon pricing, using revenues to narrow this price gap can have a bigger impact than the behavior change induced by a modestly higher price on fossil fuels.

A carbon price will change behavior, but for it to change behavior to the extent necessary it will have to be substantially higher than the prices we see out there today.

Quebec’s approach is a step in the right direction. By 2020, the province’s cap-and-trade system is expected to have generated $2.445 billion in revenues. These revenues are paying for other emission reduction initiatives identified in the province’s 2013-2020 climate action plan.

Climate change is already costing Canadians money, and it will cost us more.

The federal government spent more on recovering from large-scale natural disasters between 2009 and 2015 than it did in the previous 39 fiscal years combined. And this years’ wildfire season appears poised to add to this trend. In 2011, the National Roundtable on the Economy and the Environment estimated that climate change would cost Canada between $21 billion and $43 billion per year by the 2050.

Using the revenues from carbon pricing to invest in the transition away from fossil fuel dependence now will help us mitigate the costs taxpayers are already incurring because we failed to act sooner.