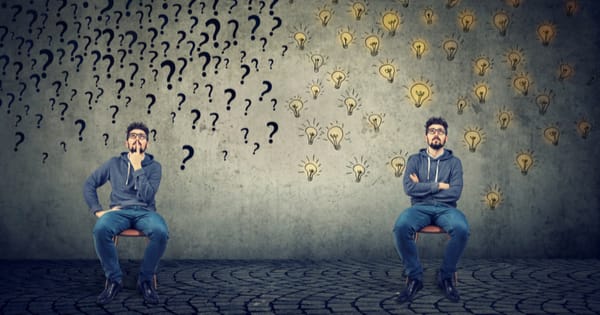 I joined the Marines right out of high school fueled by equal parts patriotism, and the movies; Uncommon Valor, Apocalypse Now, and Platoon, (I was blissfully unaware that the last two were distinctly anti-war). It was 1987, and my West Virginia mountain town didn’t offer a lot in the way of upward mobility for those without good grades or money, but the Marine Corps was glad to have me.

I quickly learned the keys to being successful:

The chow wasn’t like Mom’s, but the PT was easier than baling hay and splitting wood. All I had to do was listen to the DIs who told me what to do, and when to do it. More importantly for a seventeen-year-old kid, they taught me what to believe in and what to think.

Twenty-one years later I retired and stepped into a job that still has me working with “the boys,” although now many of “the boys” are younger than “my actual boy.” The other day I was talking to one of these young men whose dream of making it in special operations had just ended. He had made up his mind to get out of the Marines and move on to something else. He was a good guy, and had done well in his previous specialty, but couldn’t see returning to it.  In our conversation, he confided in me that after his years in the Corps, he was nervous about life on the outside, and asked how to start to figure out “What he was all about.”  That question hit me like a Randall “Tex” Cobb roundhouse kick. I wish I had been as self-aware at his age. I didn’t think to ask that question until I was in my late thirties and retiring. During active service I seldom stopped to question my beliefs. Suddenly I had to ask if they were they even mine, or whether they were like a suit of clothes I borrowed and wore for so long that I just thought they were?

Generally speaking, the military is not an institution that embraces open dialogue and diverse opinion. Without anyone to challenge your beliefs, you aren’t forced to defend, or critically examine them.  However, once free of the institutional echo chamber, it gets loud quickly. It can be tempting to default to a simplistic worldview taken from a t-shirt logo; to seek refuge and validation in the pack of bitter bro-vets that lurk on the internet and in Veteran’s Day Golden Corral buffet lines. It’s easy to become a part of the problem and complain that no one listens. The trick, I’ve found, is to hold strong opinions. But hold them loosely. When your beliefs are challenged, welcome the challenge and view it as an opportunity to learn and grow.

Don’t get me wrong. I still deeply value a lot of the things I learned in the Marine Corps: honor, courage, and commitment to something bigger than oneself are noble ideas that will serve you well in any endeavor, but as a veteran, you need to define them for yourself. Whether something is honorable has to be based on a set of core values. What is the lens through which you will view courage? What will you commit yourself to once you are no longer in uniform?

I once considered getting a tattoo with a quote from Uncommon Valor. Blaster, (the demolitions guy) says, “Most human problems can be solved by an appropriate charge of high explosives.” I liked blowing shit up. I sometimes allowed that fondness to transition into my dealings with others. Don’t like me? Don’t agree with me? Fuck you; I’ll blow the fuck up. Luckily I was exposed to people willing to engage in rational discussion with me, to explain their point of view, and listen to mine. It took a while, but I realized that while every toolbox needs a hammer, every problem ain’t a nail.

It wasn’t until I started graduate school that I began to bump up against people with diametrically opposed opinions on a lot of political, religious, social, or ideological issues.  I grew up in a world that left two options for resolving dispute: call the other person a dumb-fuck or throw hands. That binary analysis left me ill-prepared to engage in a thoughtful defense of my opinions. However, fistfights in grad school are highly frowned upon, so I had to either keep my mouth shut, (which I find difficult), or examine my beliefs critically; Do I really believe “X” and if so, why? Can I defend my position? Is it in line with my core values? Am I for or against it just because I have always been for or against it?  Am I willing to change in order to grow?

I’m not suggesting becoming something that you are not, but rather understanding completely who you are. Otherwise it’s easy to get caught somewhere between the military and civilian worlds without feeling completely at home in either. Or as Apocalypse Now’s Col Kurtz described it, “like a snail crawling along the edge of a straight razor.”

Throwing open the hood and taking a hard look at what is underneath is tough for most of us. At middle age it can be completely unnerving, (the whole old dog – new trick thing), but I had to if I was going to move on and fulfill my obligations as a citizen. So, I attacked the issue the same way I deal with most weighty problems. I laced up my running shoes and hit the trail with a question in my head: What are the core values I want to carry into civilian life to guide my thoughts, actions, opinions, and decisions?  In other words, “What am I all about?”

I made a list of dozens of traits and ideals, then whittled it down to the essential values I wanted to guide me. Most of these were ideas I learned in the Marine Corps, but I had to accept them and define them on my terms. Now, when I’m faced with a new opinion or something I disagree with, I try to use them as a lens through which to view the issue. If I value self-reliance, I can’t believe everyone owes me something for my service. If I treasure commitment, I owe it to myself to respect others who are committed to something even if I disagree with them. If I hold truth-seeking sacred, I have to be my own worst critic and question my beliefs in order to grow. If integrity is a foundational value, I must be guided by ethics not passion. If I cherish freedom, I can’t tell people how to use theirs.

Getting out of the military is a transition in more ways than one. The services do a pretty good job during the mandatory transition assistance briefs of telling you not to dip, say fuck, or talk about confirmed kills in a job interview, but we need to do a better job of preparing our guys and gals for the change. You cannot make a change and then refuse to change. Leo Tolstoy said, “Everyone thinks of changing the world, but no one thinks of changing himself.” You are better for your military service, and you will bring a lot to a college classroom or work site because of it. You have a unique viewpoint that deserves to be heard just like everyone else’s. But no one will listen if you aren’t adding to the conversation, and no one wants to hear you scream. You need to decide what you’re all about and what core values will guide you into the next chapter of your life. Like Charlie Sheen says in Platoon: “…those of us who do make it out have an obligation to build again, to teach to others what we know, and to try with what’s left of our lives to find a goodness and a meaning to this life.”

Facebook53TweetPin2EmailShares55
wpDiscuz
0
0
Would love your thoughts, please comment.x
()
x
| Reply
Share this ArticleLike this article? Email it to a friend!
Email sent!