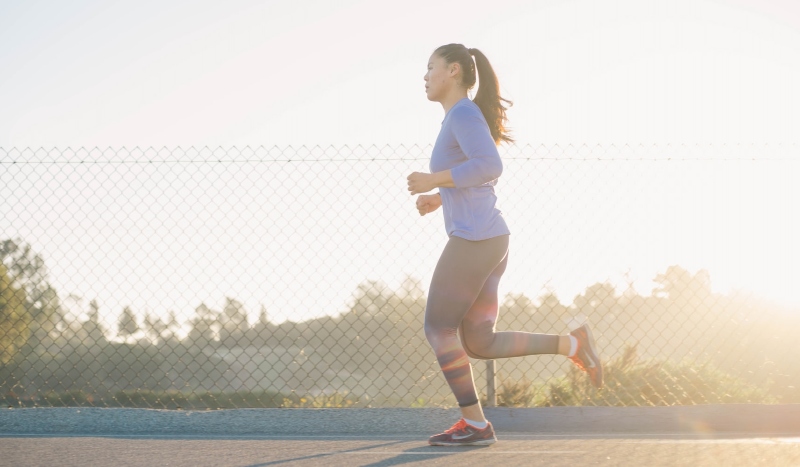 —
I am not a runner. In my adult life, I have avoided running at all cost. So when I saw a group encouraging women to join their team for the Nike LA Half Marathon, who did not consider themselves runner and had never before run a race, I found myself perplexed as to why I felt drawn to apply.

Instead of thinking it through, I immediately applied. The next thing I knew I found myself being offered a spot on the team. And just like that, I signed up to run a half marathon in 12 weeks. Training began the next day.

Not being a runner, means running is hard for me. Sweat, pain, gasping for air — it is a whole shebang. But on day one, once that all ends though and the endorphins kicked in, I shockingly found myself feeling good. I was excited for the next opportunity to train for my new goal of a half marathon.
Flash forward to my fourth training run. I had noticed both knees having some abnormal sharp pains but being a new runner I figured this was normal. I powered on through.

Looking back I should have stopped here, as sharp pains are never a good sign, but instead, I decided I was going to try to run it all the way home.

As I came to the last block of my run I turned the corner to find myself face to face with an elder lady pushing a cart down the sidewalk. Either I was going to run into her, stop completely, or try to speed jump around her to avoid us colliding. The go-getter in me decided I wanted to be a hero. I attempted to jump around her full speed ahead.

I immediately hit the ground.

Ripped leggings and not one but two bandaids later, I felt like I should get a badge of honor for this fall. I felt like a real runner. Like someone who does not let the physical limitations of their body stop them. Or this was what defined a real runner in my head!

I was determined to let this be a comedic part of my first-week training and continue on full steam ahead. Nothing was going to stop me.

The next day my knee was pretty tender between the bruise and the gash on it. I had plans of going to yoga around lunch and then run a few miles later that night. By the time my run came around, I knew running was out of the picture but I decided to walk it. Real runners push through the pain, right?

Three days later my body informed me I was wrong. Not only could I hardly move the leg I fell on but my other leg began to have shooting pains as well. I could hardly walk and could only focus on pain management, nonetheless any sort of movement including running. I was officially on bed rest.

When they say it rains it pours, there is some truth there. During the same week, my boyfriend and I faced a lot of conflicts in our relationship. We had many hard conversations and thanks to me being bedridden, I had a lot of time to sit in my feelings. I found myself wanting to escape, to run away.

And that is the thing — I couldn’t run.

The universe forced me into being present. Being stuck in bed, all I had time to do was think, feel, and be present. I was forced to stop being human doing and begin being a human being.

I had to manage pain at a level I never had before. I had to be patient with my body, and okay with where I was at every step of the healing journey. I had to deal with feelings of frustration, self-doubt, and fear of what the future held.

And that was a half marathon in itself. After three weeks in bed, I felt like I crossed the finishline. It may not have been the one I thought I was going to finish but it was the one I needed. Being a runner is about perseverance and perseverance is what I learned.

Aspiring writer of all things codependency, relationship, and healing related — plus all the life that happens around it. Instagram: @ali_ringer