Get Daily Email
Join/Login CLOSE
Home / Featured Content / Doing Business in an ‘All Genders’ and ‘Agender’ World (Yes, You Can) 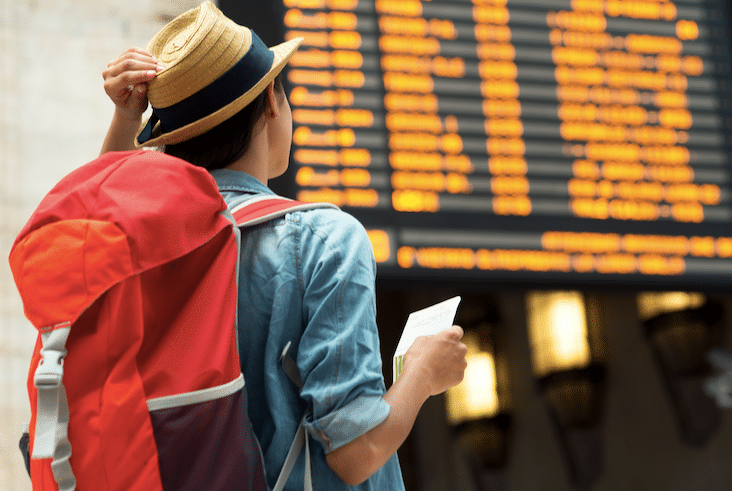 What feels like a very long time ago, I wrote an article asking companies if they were ready for an “all genders” world. At the time, three states and Washington DC had (or were in the process of) creating non-binary gender indicators on licenses.

Now, almost a year later, Delta and four other major US airlines plan to offer options other than “female” or “male” to passengers when booking. Ten US states, plus Washington DC, provide alternative markers on their official documents (such as birth certificates). Seeing more than two gender identities listed on customer surveys is becoming more common.

I couldn’t be happier they all agreed with me. Truth is, I’m sure they came to this conclusion the same way I did. The landscape is changing. Rapidly.

LGBTQ consumers increasingly use a company’s reputation on equity in purchasing decisions (CMI, 2018)

The latest generation of employees (people age 18-34) are more likely to consider an organization’s level of diversity and inclusion during their job search (IFPR, 2016). This same population is also more likely to know someone with a gender identity other than “female” or “male” (GLAAD, 2017).

From a strictly customer service perspective, providing options other than “female” or “male” to passengers seems obvious.

Consumers will do business with companies that value them.

In a previous article, I wrote about the importance of learning what people don’t like about doing business with your company. Meeting customers where they are, instead of making them conform to your business model.

TL;DR version – My role was to reduce customer contacts. I found we were using internal terms to describe things, rather than words that our customers typically used. So, I changed the content to reflect our customer’s words and contacts in those areas dropped almost immediately.

We translated the message to reflect their language, rather than our own. Revolutionary, I know. Take all the time you need to process the magnitude of it.

Another example came to me from a local coffee shop. One, in particular, always made a habit of “correcting” me on the sequence in which I ordered a drink (size, milk type, beverage type – not size, beverage type, milk type). Think about that for a minute.

As a consumer, I’m describing what I want – the company is then asking me to reorder that to match their understanding.

A predictive, consumer-centric approach would be to realize that people order coffee differently; then build an internal process to translate into something that aligns. Or, as the airline industry learned, provide options for your customers that reflect their humanity.

So, here’s the catch – changing the language and updating systems is easy (relatively speaking). Making hugely off-putting missteps along the way is also easy.

Adding “other” next to “female”, “male” options on forms? No…just, no. People aren’t “other.” It’s a common mistake and one that immediately signals a company that really doesn’t get it. Lip service inclusion.

Tap resources with this specific area of expertise and learn what’s behind the ‘letters’. Companies that truly internalize LGBTQ+ equity develop inclusion as a daily practice, not a marketing campaign.

To recap (because I know we’re all multitasking anyway):

You’re still reading – good for you. I do love the overachievers. To me, they’re right up there with people who stay through the movie credits and take shopping carts back into the store.

Gender identity is a deeply personal sense of self. This is not a “coke or pepsi” level tick box. If I’m out for lunch with friends and the café only offers diet coke instead of coke zero, this is a mild annoyance. Being positioned to check a female or male marker, when neither apply to you, is beyond unsettling.

Having your gender identity erased is profoundly de-humanizing.

The internalized conflict and emotional pain involved are difficult to describe. Because I’m not a gender variant human, I won’t attempt to represent that experience.

What’s important now is to realize, if you’ve never had to think about your gender identity, that’s a form of privilege. Learning about those who do have to think about it, that’s your next step.

Facebook36Tweet3Pin1EmailShares40
wpDiscuz
0
0
Would love your thoughts, please comment.x
()
x
| Reply
Share this ArticleLike this article? Email it to a friend!
Email sent!