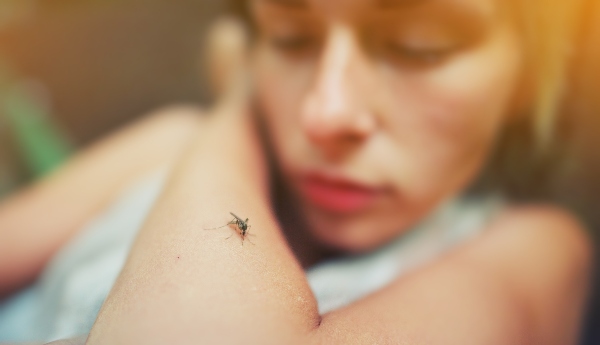 While AIDS, cancer, and heart disease get the headlines, malaria still kills large numbers of people. An estimated range of annual deaths from malaria is 435K to 720K a year (2015), with 90% of deaths located in Africa. These numbers have decreased significantly in the last 10 years but also note that 70% of deaths are from the under 5-year old age group.

Unlike the other diseases mentioned above, the way people get malaria and the way the disease spreads is different. That means when it comes to considering eradicating the many species of single-celled plasmodium parasite that cause malaria, some plans actually call for the eradication of mosquitoes — the vector carrying the parasite and infecting humans.

This post is speculative since malaria and mosquito eradication have not been tried except locally. But there are proposals for global or regional mosquito eradication. In a connected global ecosystem, where connections are not well-understood (or are they?), where do you take a risk? Would the decision to eradicate mosquitoes already have been made if malaria deaths were mostly based in other parts of the world? What could be unintended consequences of mosquito eradication?

Mosquitoes are the “deadliest animal,” measured by human deaths caused in total (not per animal). According to this rough Fermi-style estimate, there are 70 quadrillion mosquitoes (70 followed by 15 zeros), give or take “3 – 4 orders of magnitude.” In either direction, the answer is “way more mosquitoes than humans.”

Per mosquito though, it’s not as bad. According to the same estimate above, we have perhaps 9.4 million mosquitoes per human. Halve that number to eliminate the males that don’t bite. Cut the number further to only the 100 species of Anopheles that carry human malaria among the 3500 species of mosquito. With malaria deaths under a million per year, that’s still a high kill rate per mosquito. The thing to remember, though, is that deaths are centered around certain parts of Africa and South Asia today, though in the past malaria was also a big problem in Europe and the eastern US.

Sociobiolgist E. O. Wilson (look him up on ants) makes the argument that eliminating Anopheles gambiae, the mosquito species that co-evolved to prey on humans, is worth the risk, especially when elimination can be targeted. Other gene editing proposals offer how to do it.

Disease eradication itself is a rare achievement. For example, after years of mass inoculations and control, the smallpox virus was eradicated in 1980 (though samples exist in a couple labs — whether that’s for future study, vaccine production, or biological detente). 300 million people are estimated to have died from smallpox in the 1900s. Other diseases like polio have been reduced 99% to just a couple dozen deaths in 2017. River blindness (onchocerciasis) is caused by a parasite that causes human blindness through scarring of the back of the eye as well as the cornea. Control is through spraying breeding sites of the blackflies that spread the parasite and also inexpensive drug treatment of those affected.

Yellow fever. While yellow fever is also carried by mosquitoes, there is an effective and safe vaccine. 99% of the vaccinated acquire immunity for what is believed to be life. Impact: An estimated 30,000 die from yellow fever annually — similar to the numbers from the 1980s but smaller as a percentage of those exposed to yellow fever mosquitoes.

Screw-worm fly. The maggots of this insect feed on cattle and other animal flesh. After discovering that females mate for life with the same male, the species was eradicated from the US and Mexico by X-ray sterilization and release of male flies. Impact: Losses in the 1950s were measured in the hundreds of millions of dollars (a financial, not death measurement since we’re talking about livestock). An estimated $20B of value has been created, over decades, from this effort. No study or record of negative outcomes.

The four pests campaign. In China during the Great Leap Forward, there were wide-scale efforts to eliminate sparrows, rats, flies, and mosquitoes. Impact: No study or record of negative outcomes from attempted mosquito eradication. Most of the evaluation of this campaign focused on the great harm done by eliminating sparrows (targeted because they ate grain). Since sparrows also eat insects, the sparrow elimination was followed by a surge in locusts — which ate even more grain.

Why eliminate when you can vaccinate?

“The evil that is in the world always comes of ignorance, and good intentions may do as much harm as malevolence, if they lack understanding.” — Albert Camus

We don’t know how to make an effective malaria vaccine. Yet.

Malaria vaccine currently requires four injections and results in efficacy of only 39%. The parasite is difficult to immunize against.

So when people propose eradicating mosquitoes in order to quell malaria, isn’t that a good idea?

The mosquito eradication question is difficult to make. There is a before and after transition. That is, if mosquitoes were eradicated and ecological trauma happened afterward, reversing the eradication, while perhaps possible through mosquito egg stockpiling, would be unlikely. Who asks the people most affected?

People change their habits. Without mosquitoes keeping the human population away from prime mosquito habitats like swamps and rain forests, more people may move to these areas. People may then push out other animals and prepare unoccupied lands for logging and farming. Also, people may hunt and eat more “bush meat,” a source of other cross-species diseases, including Ebola and AIDS. Because the risk of malaria is gone, even though mosquito bites are still noisome, people may be less likely to empty collections of stale water, leading to other diseases supported by availability of this water. Impact elsewhere in the system: high?

Fewer small fish caught. With no more mosquitoes, no more mosquito nets may be distributed. These nets have been distributed for free for years and have often been repurposed as fishing nets around the world. Since the nets are woven finely, small fish and animals are more likely to be caught with mosquito nets. Without these nets, certain fish stocks may grow. Impact elsewhere in the system: medium?

Male (non-biting) mosquitoes also die. The males are primary pollinators of some flowers, including certain orchids. Without them, there will be impact on the propagation of these flowers and consequently, the success of the organisms that these flowers support. Impact elsewhere in the system: low?

If non-malaria carrying species eliminated. Mosquito prevalence is highest in the arctic during the summer months. While mosquitoes that live there do not carry malaria, their eradication would have an impact on caribou and other animals that they feed on, perhaps enabling more of their prey to live which then creates a cascade to other parts of the ecosystem. Impact elsewhere in the system: high?

TechCrunch carried a related article of mine on risks of mosquito eradication.

This post was also related to previous posts on ignorance, origins of error, and on the impact of diseases.–