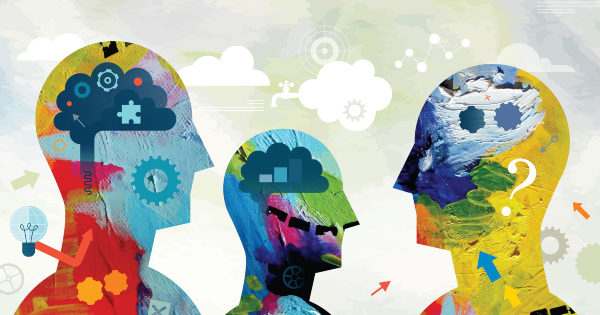 Evidence-based policy-making can be problematic in practice, especially if the evidence is uncertain. Based on a case study concerning the formation of a national-level policy position in Ireland in response to an EU initiative,  Niamh Hardiman and Saliha Metinsoy suggest that policy makers’ decisions may well be guided by beliefs that go beyond the direct evidence available. Ideas can be so deep-rooted that they guide policy decisions implicitly. The necessary dialogue between the social sciences and politics is strengthened if we understand the full range of ways in which ideas influence policy choices.

The politics of ideas matters more than we might realise in making policy choices. There is a growing acceptance by governments that good decision-making should be as fully informed as possible by high-quality research evidence, and  Ireland is no exception. But policy analysts rightly caution that research evidence is mediated by ideas and politics, in the way evidence percolates into policy debate and in the uses to which it is put. The EU’s own Scientific Advice Mechanism (SAM) is sensitive as to how best to conduct the dialogue between scientific advice and policy-making practice.

But what happens if the evidence is itself uncertain and seems to point in different policy directions? We investigated one such case as part of a comparative project about national preference-formation on aspects of EU fiscal policy. We examined how Irish officials assessed what the country’s stance would be on an EU initiative on taxation of financial services.

In 2011, the European Commission put forward a proposal for an EU-wide  Financial Transaction Tax (FTT). In the wake of the financial crash, it seemed both timely and legitimate to require financial firms to contribute more in taxes. Although the FTT would be set at very low rates, it could raise sizeable revenues for governments. It could help dampen volatility in the least-productive parts of the capital market such as high-speed derivatives trading. It has been shown to work effectively in  some Asian financial markets.

When the original proposal did not secure EU-wide backing, the Commission proposed a  revised plan in 2013 to permit any group of eleven countries to introduce the FTT through the EU’s  enhanced cooperation mechanism. To date, the revised proposal has not gained firm enough support for adoption, although the idea is still current.

The Irish government commissioned an evaluation report on the original proposals, which was jointly prepared by the Central Bank of Ireland and the independent Economic and Social Research Institute. This report concluded in 2012 that the FTT could raise anything between €490m and €730m in revenue for Ireland, as opposed to almost €182m yielded by the existing Stamp Duty, or between €300m and €500m net. But it also said that such a tax might cause the relocation of ‘a small number of firms who account for a large share of the total volume of equity and bond transactions which would be subject to the tax’, and that this could reduce the estimated gross tax yield by up to 85 per cent. The official report thus projected quite a wide margin of variation in potential impact, particularly in relation to the risk of firms deciding to relocate part of all of their businesses to London in the event that the UK remained outside the FTT.

A campaign in support of Ireland taking part in the FTT was backed by trade unions, small left political parties, and a variety of NGOS. The campaign group commissioned a report from the trade union think-tank the Nevin Institute, and this came to a similar estimate to that of the Central Bank / ESRI report of around €350m net potential revenue. But drawing on the European Commission’s own reports, the NERI report held that the risk of capital flight would be minimal and that firms would simply treat this tax, like others, as a cost of doing business.

The expectation of a low risk of relocation was based on the fact that a relatively small proportion of the securities that are traded in the secondary market are issued from Dublin, but due to the issuance principle, Dublin-based firms would be obliged to pay the transaction tax on trades conducted in countries that were party to the FTT anyway, even if Ireland were not to sign up for the FTT. And even if the behaviour of market actors were to change somewhat following the enactment of the EU FTT, the securities trade is much less volatile than the derivatives market, on which a lower level of tax is applied. There was therefore scope for genuine uncertainty about the impact of the FTT on the Irish economy, especially in relation to the risk that firms might relocate part of all of their businesses.

Eventually, the official Irish position was that Ireland would not oppose an EU-wide FTT if other states were sufficiently committed, but that it would not be part of the enhanced cooperation initiative. So how did the Irish policy-makers arrive at their decision?

Our interviews with key informants in the Department of Finance and the Irish state’s Industrial Development Authority (IDA) indicated that the decision was not primarily based on the uncertainty of the potential revenue yield, or even on the potential risk of the relocation of firms. The policy officials drew upon a deeper framework of policy interpretation based on Ireland’s international reputation as an attractive location for future inward investment by financial services firms.

The Central Bank/ESRI report had noted that the annual total corporation tax yield from international financial firms had averaged over €900m between 2000 and 2012. Internationally traded financial services has been one of the fastest-growing sectors in the Irish economy since 2000. In relation to the proposals for participation in the FTT, as one or our policy officials summarised it: ‘The advantage for Ireland is in being a tax-free location’. The official position was not based solely on an evidence-based assessment of the pros and cons of a policy proposal. More fundamental ideas about what is or is not even possible had clearly become part of the policy framework.

The use of tax incentives to attract foreign direct investment (FDI) has been a central element of the Irish state’s strategy for economic development going back to the 1950s. Predictable commitment to a low-tax regime provides an implicit ‘political bargain’ between state officials and current and indeed future international investors. This is a ‘policy paradigm’ that is so basic it has the status of common sense.

The campaign group that wanted Ireland to take part in an EU-led FTT was working at the level of everyday political debate and political organisation. What they may have missed is that a more fundamental policy paradigm takes much longer to alter politically because it is so deeply institutionalised. Their lobbying had little impact on the decision-making process.

Things may be changing somewhat.  Financial services firms certainly care about tax when making investment and relocation decisions. But particularly under the  shadow of Brexit, policy officials now emphasise other attractions for foreign investors besides tax incentives, such as Ireland’s high-quality and consistent regulatory environment, the network of highly-skilled professional support services available, the transparency and responsiveness of the political system, and the value of an Irish location as a point of access to other EU markets. Meanwhile, the European Commission is also taking a closer interest in the risks for the wider European business environment of the uses to which Ireland puts its low-tax incentives.

Nonetheless, the core policy paradigm continues to shape the framework of policy-makers’ assessments. Evidence matters, but ideas shape policy in more fundamental ways than we might realise.

This post draws on the authors’ recent article, Power, ideas, and national preferences: Ireland and the FTT, published in the Journal of European Public Policy and originally appeared on the LSE European Politics and Policy blog.

Niamh Hardiman is a Professor of Political Science and Public Policy in UCD School of Politics and International Relations, a Research Fellow in UCD Geary Institute for Public Policy, and a Fellow of UCD Dublin European Institute. She is the Director of the interdisciplinary UCD Public Policy Programme, and a member of the External Advisory Board of the Irish Government Economic and Evaluation Service (IGEES). Her research interests centre on the politics underlying policy choices in a comparative context.

Saliha Metinsoy is an Assistant Professor at the Centre for International Relations at the University of Groningen. She has previously held research positions in UCD, the LSE, and the University of Oxford. Her current research interests include the politics of ideas underlying policy choices, the political economy of loan programme conditionality, and the significance of social mobilisation for policy implementation.

Note: This article gives the views of the authors, and not the position of the LSE Impact Blog, nor of the London School of Economics. Please review our comments policy if you have any concerns on posting a comment below

—
This post was previously published on LSE and is republished here with a Creative Commons license.
—

The LSE Impact Blog is a hub for researchers, administrative staff, librarians, students, think tanks, government, and anyone else interested in maximising the impact of academic work in the social sciences and other disciplines. We hope to encourage debate, share best practice and keep the impact community up to date with news, events and the latest research.