Get Daily Email
Join/Login CLOSE
Home / Featured Content / Financial Infidelity: How to Tell if You’re Cheating or Being Cheated On 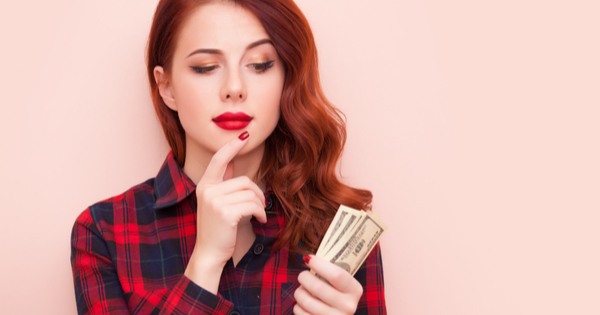 hen I hear people talk about cheating, they almost universally talk about emotional or sexual infidelity. The cheating is described in whispers or in lurid detail — to the shock and outrage of whoever is listening to this sordid tale. Rarely do finances come up in that particular discussion.

But financial infidelity happens — and I would venture to say that it happens more often than the other variety. It doesn’t always create the same drama and outrage, and it may not result in a breakup or divorce. But cheating is cheating, no matter how it’s done.

I was involved in a long-term relationship where I was being cheated on financially. I didn’t see it for years. I was too busy earning a post-graduate degree, working full-time, and trying to launch a new career to realize the inconsistencies in my then-partner’s accounting of his finances.

We’d kept our finances separate except for one savings account. We’d heard from a financial advisor that it was a great way to maintain our autonomy but also work together as a team. Our agreement was simple: we managed our bills from separate accounts, but our earnings were supposed to be communal.

It works for many couples, but the key ingredient we were missing was honesty. I was being fully upfront about every dollar I brought into our relationship while he was as dishonest about his spending as his income. When I left that relationship, I uncovered mounds of debt he’d run up in addition to a treasure trove of items he’d bought online and hidden in storage.

I stood there, surrounded by the evidence of years of betrayal. He’d held onto these items through a bankruptcy, a host of unaccounted for assets languishing in storage. I remembered selling the one new car I’ve ever owned and crying when the new owners drove away, giving up my first house, and even selling my nicest furniture in an attempt to pay down debt while all of these items were literally under my feet and hidden in a storage room in the basement.

After I left, my mother looked at me and said something I’ll never forget: That man would have let you starve if it meant he could have something he wanted.

It was a stark, and accurate, summary of our relationship as I remembered every time I picked up a tab as he complained about low hours at work. I recalled years of paying for his insurance with my company policy and contrasted it with the conversation where he told me I’d have to be uninsured after my job change because he didn’t want to pay the higher premium to add me to his account.

Years of red flags coalesced into this moment of clarity: I’d been cheated on the entire relationship and just didn’t put all the pieces together.

And our joint savings? I stopped contributing to it when I realized I was making deposits while he was making withdrawals. I got smarter, but only after I’d lost everything.

Financial cheating isn’t a minor thing. In extreme cases, it can come in the form of shopping binges or gambling, but more commonly, it looks like being dishonest about what we’re making or spending. In relationships, particularly when our finances are tied together in a shared living space, it’s important that we accurately represent what we earn and spend.

This isn’t about control. It’s about integrity.

Our relationships are only as healthy as we are, and lying about our finances creates as much betrayal and distrust as any other kind of cheating.

So, how can we tell if we’re cheating or being cheated on?

It’s an easy test. If we’re not honest about what we make or what we spend, we’re cheating. Sneaking in shopping bags or covering up how we spent our money is cheating. Running up debt that our partners will be responsible for without disclosing what we’re doing is cheating. Hiding money in a secret account or investing without sharing that information — still cheating.

If we’re hiding spending or how much we make in our relationships, we need to evaluate why. Any reason will automatically point to an unhealthy relationship. Control, abuse, relationship inequity, and even shame can lie at the root of financial infidelity.

We can convince ourselves that it really doesn’t matter that much. It’s just money. But it’s actually about trust. Once that trust is broken, it becomes difficult to rebuild.

If we look objectively at cheating where money is concerned, we often find that value systems around money differ.

In my case, I had learned how to be financially independent at an earlier age and had learned to be frugal with my spending to get by in hard times. In contrast, my former partner had been enabled to rely on others to get what he wanted without cutting into his spending money. He’d learned to manipulate the sympathy of others to get a little help so that he wouldn’t have to curb his elective spending.

It was never more apparent than when I walked by him during a phone call to a family member where he was expounding on how hard of a time we were having financially. He went on at length, and I was mystified. We were doing fine. Our bills were paid. We were earning. Everything was good. But when a check arrived in the mail, it all made more sense. He wanted to buy something and instead of waiting or saving, he phoned a friend. It had been an effective strategy.

Just as the cheated-on partner looks back in shame to recall all the times they should have known, I recalled every dinner tab I picked up, every vacation I saved for without assistance, and every single time I came to the rescue because he was unwilling to learn how to be more responsible with money. Being cheated on makes us feel foolish, but the reality is that we’re not responsible for how others choose to treat us. We’re only responsible for standing in our own integrity and deciding how much we’re willing to take before we make a change.

Differing value systems with money don’t have to be a relationship deal breaker. If both partners agree to be honest and to share some financial goals, it can be managed. For instance, if one partner likes to spend while the other prefers to save, balance can be found where both partners get to do what they want. Perhaps a minimum needs to be in saving before spending happens, or a certain amount can be allocated to both. Having different spending styles is natural, but hiding what we make and how we spend is not.

Just like with sexual or emotional cheating, recovering from financial infidelity takes time.

Trust has to be rebuilt in much the same way — with a commitment to future honesty and a willingness to learn a different way of living. It could look like picking up a personal finance book, taking a course, and/or heading to a couples counselor to work through the trauma of having broken a partner’s trust.

Sometimes, there’s just no fixing it. My former partner wasn’t willing to learn to be more conservative with spending or more honest about what he was earning. He didn’t want to build an emergency savings, and our financial goals for the future didn’t look the same. In the end, we were too incompatible to even make an attempt to rebuild trust.

Financial infidelity doesn’t always carry the same lurid details as other forms of cheating, but it can break down a relationship just as much. If we find that we’re the ones doing the cheating, acknowledging what we’re doing is the first step to stopping this behavior and being honest with our partners. It’s a big deal, even if we dismiss it as “only money”.

It’s never only money any more than it’s only sex. It’s always about trust.

We can click “add to cart” and tell ourselves we’re not doing anything wrong, carefully removing tags from our new packages and slipping them in our closets with no one the wiser. We can fudge, just a little, on how much we earned or sneak a little extra into a savings account no one knows is there. But if we feel a need to hide what we’re doing, we either know it’s wrong, or we know there’s something wrong with our relationships.

Either way, the problem is so much bigger than our finances.