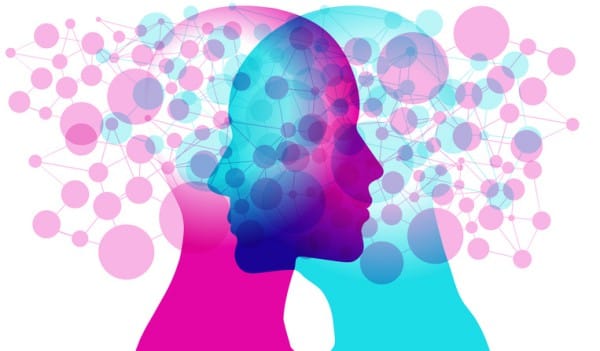 Towards that for the sake of which each being has been constituted and for which it was made, towards that it strives; now in what it strives towards, there resides its end; and where its end lies, there also lies its specific advantage and good. It follows that the good of a rational being must be fellowship with others; for it has long been proved that we were born for fellowship. — Marcus Aurelius, Meditations, 5.16

Although Socrates often criticized the Sophists he also admired much of what they said in praise of virtue. Protagoras was the first and greatest of them. This is my paraphrase of his most famous oration, known as the Great Discourse, based on the version described in Plato’s Protagoras… 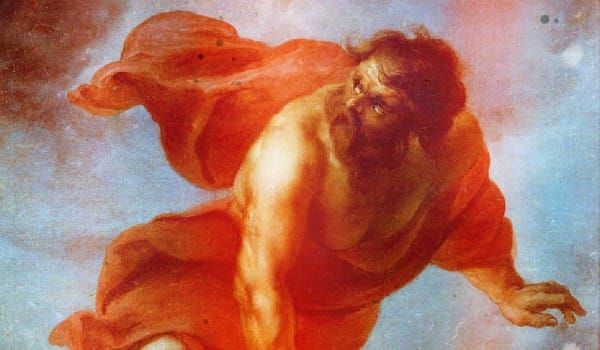 At first there were gods but no mortal creatures. When the time came, the gods fashioned countless animals by mixing together the elements of fire and earth. Zeus then commanded the titan Prometheus to assign different abilities to each living thing.

Some creatures were slow moving and so to make up for this he gave them great strength. Others were weak and so to these Prometheus granted speed. Some he armed while others were given various forms of protection. Small creatures were granted the capability for winged flight or for concealing their dwellings underground. Large beasts had their size for protection. And he took care to grant all creatures some means for their own preservation so that no species should be in danger of elimination by others.

Having equipped them to survive among each other in this way Prometheus then granted them protection against their environment and the harshness of the seasons. He clothed some creatures with dense hair or thick skin, sufficient to endure the heat of summer and ward off the cold through winter months. To some he gave strong hooves, to others claws and hard bodies that did not easily shed blood. And every creature was assigned its own source of food. Some pastured on the earth, others ate fruits hanging from trees or roots from beneath the ground. Yet others were predators who fed upon other animals for their meat. To these he assigned limited offspring whereas their prey were more abundant so that there would always be enough to serve as food.

However, having assigned to each species its own special capabilities, Prometheus realized that he had nothing left to give the race of man. Humans are born naked, unshod, unarmed, and with no bed in which to lay their head and rest safely. Not knowing what else to do, he stole the technical expertise of the gods Hephaestus and Athena and gave it to mankind, along with the gift of fire.

Once human beings were granted these divine gifts, they sensed their kinship to the gods and began praying and building altars to them. They invented clothing, bedding, dwellings, agriculture, and even the use of language to express their thoughts and acquire learning. Men lived apart at first but finding themselves beset continually and harassed by wild beasts they sought to build cities for their own mutual protection.

However, the wisdom that concerns our relations with others belonged to Zeus alone, king of the gods and patron of friendship and families. No sooner than men gathered together trying to save themselves, being lawless, they began instead to wrong one another and fighting broke out among them. Scattering once again from their failed cities, they continued to perish in the wild.

Looking down upon this chaotic scene with dismay, Zeus feared for the destruction of the entire human race. He therefore sent Hermes, the messenger of the gods, to teach mortals about justice and to instil in them a sense of shame concerning wrongdoing, as a deterrent against injustice. By this means Zeus now granted mankind the capacity to unite themselves in cities, maintaining order through the bonds of friendship and fostering their sense of community.

Hermes asked Zeus whether he should distribute justice, and other social and political arts, among men in the same way as technical knowledge concerning the other crafts. One man who possesses the knowledge of medicine, he said, was enough to benefit many men, and so on. However, Zeus decreed that every human being must be granted some knowledge of justice and the arts needed to unite society. He even laid down the law that anyone who was found unable to respect justice and the rule of law should be put to death, being a plague on the city.

For this reason, said Protagoras, we seek the advice only of those few who are experts with regard to crafts such as medicine or carpentry but concerning justice we allow every citizen to have his say. Further, if someone boasts of being an expert in playing the flute or some such art but is found to be nothing of the sort then he is ridiculed as a fool. However, anyone who claims not to participate in justice risks being expelled from society because each and every citizen is expected to share at least somewhat in this capacity, which allows him to live harmoniously in the company of others.

Protagoras expressed the doctrine that humans are naturally social creatures in the guise of a myth. According to the philosophers, we are obliged to realize our potential for wisdom by exercising the gift of reason to the best of our ability. So also are we obliged to fulfil our natural potential for friendly collaboration with others by exhibiting the virtue of justice.

This post was previously published on Stoicism — Philosophy as a Way of Life and is republished here with permission from the author.
—