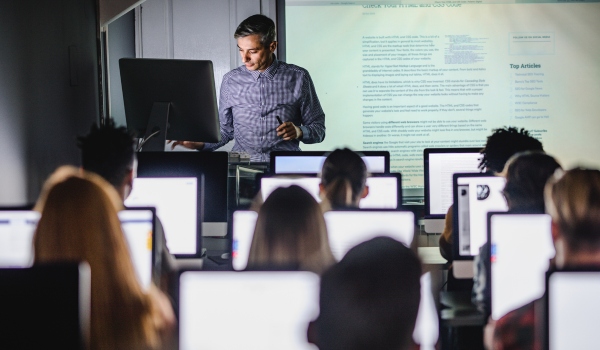 Historians are out of touch. So we are told.

This summer, in response to declining enrollments in university history courses, The Economist ran a piece critiquing Britain’s university-based historians as hibernating while the world changes. “Historians need to escape from their intellectual caves,” the Bagehot columnist announced. They need to “start paying more attention to big subjects such as the history of politics, power, and nation-states.”

Last week, TVO’s The Agenda picked up on the piece, asking the pointed question: why have university enrollments plummeted at a time when interest in history, and civic engagement with it, remains high?

Though the panelists on The Agenda mostly avoided critiques of the profession, others – like Bagehot – have framed the problem around the behaviour of professional historians and, specifically, our retreat from subjects that matter to society.

Remarks like these suggest that history – as a profession – has a reputation problem. When placed beside the sharp decline in undergraduate student enrollments, we must consider – given that interest in the past does not seem to have declined – perhaps, it is the public value of academic history, and – more specifically – the history professor, that has eroded.

Critiques of the academic profession have become somewhat widespread both inside and outside of the university world.

In a piece in The Guardian this fall, Malcolm Gladwell observed: “the problem – or at least the limitation – of history is that it is written by historians, scholars with a predisposition towards a particular kind of narrative… It’s just – this [Jared Diamond’s Guns, Germs, and Steel] is what history looks like from another building in the university.”

Harvard historian Jill Lepore partially ascribes the rise of corrosive nationalism throughout much of the European and neo-European world to historians’ retreat away from national histories during the 1960s, 1970s and 1980s. “Appalled by nationalism,” Lepore writes, “[historians] disavowed national history, as nationalism’s handmaiden. But when scholars stopped writing national history, other, less scrupulous people stepped in” (This America, 19).

Lepore’s recent critiques resonate with those made several years ago by Jo Guldi and David Armitage, historians at Southern Methodist University and Harvard University respectively. In their History Manifesto Guldi and Armitage accuse the profession of normalizing “short term” perspectives and narrow specialization. Their conclusion, not unlike Lepore’s, is that historians are unequipped to address the critical issues of the day.

There are several reasons why these critiques are alarming; the most important of which is that this reputation, as articulated by the pundits and scholars above, poorly represents the state of our profession.

In Canada, for example, the current historiographic Kool-Aid is – hands-down – histories of the state and national taxation policy. Topics that are unambiguously focused on politics, power, and the nature of the nation-state.

For two years running, the Canadian Historical Association, the professional association for English-language academic historians, has awarded its major Canadian History book prize to studies on this subject (Elsbeth Heaman’s Tax, Order, and Good Government: A New Political History of Canada, 1867-1917 and Shirley Tillotson’s Give and Take: The Citizen-Taxpayer and the Rise of Canadian Democracy). A survey of winners over the past two decades demonstrates the breadth of topics that have shaped the field, many of which fit tightly within the bounds lamented by the pundits above.

In my field, North America before the 1860s, academic historians are deeply involved in shaping the nature of the nation-state itself through expert witness testimony. Many other fields are similar. Far from being removed from the mechanics of the state, historians who practice in this capacity – and there are several who do – directly influence the interpretation of the laws governing our everyday lives.

The intersection of history and the courts, though, may help us understand how academic historians have developed such a marginal reputation. In Arthur Ray’s recent memoir, Telling it to the Judge, this retired UBC history professor emphasizes the differing thresholds and standards of evidence and interpretation that distinguish the legal and historical disciplines.

The law treats and values evidence from the past differently than does history. Lawyers and judges tend to approach evidence from a textual perspective, whereas historians tend towards contextual interpretations, Ray observes.

This type of difference exists in other areas of society too. Many professions work with heritage, putting the past into the service of specific social, political, economic or cultural ends. Business interests are often – though not always – uninterested in the past because of its potential complications for future profits.

In these areas, the value of the past is subject to external standards and pressures, such as the common law or the profit motive, to determine meaning and significance. Often, these standards lead to interpretations that are quite separate from the actual experiences of the past itself.

Academic historians, of course, are not immune from bias or external influence. But like other scholars working in universities, the protections of tenure and academic freedom create an environment where our interpretations are more removed from external social, economic, or political pressures.

This has meant that we need not hew to political or marketplace demands, or relatively rigid legal interpretations, in determining our conclusions. Instead, the standards of the discipline are ensured through double blind peer review, which often takes into consideration legal, heritage, and business implications, but also the theoretical and evidentiary foundations of a work at hand. All of this remains subject to rigorous professional and public debate.

It is this difference in how the past is used and understood that makes academic history such a common target for claims of obsolescence.

It disrupts and complicates more utilitarian uses for the past.

In other words, academic history serves a tool to help society assess and facilitate these other ways of interpreting the past. Falling beyond both the market and partisan politics, it is easy for some to claim that the work of academic historians is flawed when it does not serve their specific agenda.

Far from being removed from the pressing issues of the day, as some suggest, historians have a strong track record of shaping our public life.

In Canada, we could point out how University of Regina historian James Daschuk and University of Ottawa historian Tim Stanley have challenged us to re-evaluate the role of Sir John A. Macdonald in our country’s early history. In the U.K., University of Bristol Professor Olivette Otele, the keynote speaker at the CHA’s annual meeting this year, has challenged the public to think more deeply about the impact of the trans-Atlantic slave trade on contemporary society. In the United States we might turn to Georgetown University historian Dagomar Degroot, or Arizona State University Professor Emeritus Stephen Pyne to understand the historical importance of climate change and fire.

This is just a short list, but one that roots back to the civic engagement of historians like E.P. Thompson, Marc Bloch, and Anna Julia Cooper.

All of these historians remind us that, to be relevant, history must be much more than a chronicle of military battles, national histories and politics.

And it is. And it has been for a very long time.

History has a reputation problem.

But that reputation is without substance and quite disconnected from the actual work of the profession. If there is a task now before us, it is to rehabilitate our reputation and more directly challenge those who tarnish it.

Previously published on Activehistory.ca and is republished here under a Creative Commons license.
—