Get Daily Email
Join/Login CLOSE
Home / Featured Content / How Do You Define Success in a Marriage? 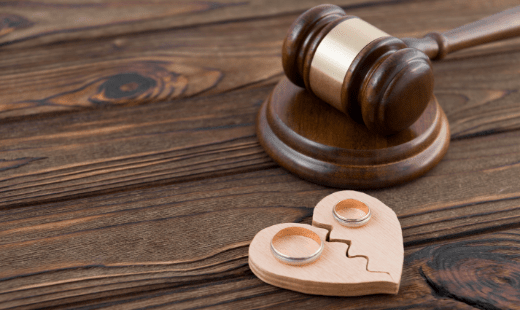 I’ve been pondering some deep questions about marriage these last few weeks as my wife and I move forward in our separation.

What do we mean when we say “failed marriage?”

How do we define success in a marriage?

Can a successful marriage end in divorce?

How long does a failed marriage last?

Now that I’m going to be twice-divorced, am I considered a two-time failure? I struggled with that question for a long time. I recall my parents’ disappointment when my first marriage ended. I was more than a little ashamed at the whole set of circumstances: I’d gotten a girl pregnant outside of wedlock, and the marriage didn’t last. The pregnancy was a big deal for both sets of parents. Mine were of Depression-era Southern culture; hers were heavily religious, and this was small-town southeastern Ohio in the early 90s. People still whispered and pointed at pregnant teens back then.

I attempted rather feebly to convince my first wife to consider counseling, but she always declined the idea. With the clarity of twenty-plus years of hindsight, I wish I’d pushed harder for counseling. I wish too I’d looked into counseling for myself afterward. I learned during my recent therapy sessions that I’ve been trying to deal with the fallout from that first marriage for the last two decades. I don’t doubt some of those issues affected my second marriage.

The answer to the two-time failure question is of course, “no.” The number of marriages and divorces a person has under their belt doesn’t make them a success or failure as a person. Society may try to make it seem that way, and more often than not the church doesn’t help matters. But a marriage requires commitment and effort from both parties. If one person isn’t doing the work, that’s not a reflection on the spouse who is.

Back to my first questions though: what does a failed or successful marriage look like? Can they be the same thing?

I suppose the first thing one has to do when answering the question is to define success in relation to a marriage. Does a successful marriage end? Of course, a marriage ends when one spouse dies, but can it end before that?

There are plenty of businesses that have run and run well for twenty or thirty years that closed when the owner retired. Were they successful? If they made a profit every year, they were probably considered successful. Why shut down a successful business then? Sometimes it’s because the owner is ready to retire, and no one wants to buy the place or take it over. Sometimes the owner retires because the product or service is no longer needed. But the business was still successful as long as it was running.

Granted, those examples don’t exactly translate to a marriage. But what constitutes a successful marriage? If we define “success” as a marriage that lasts until one spouse dies at a ripe old age, then what of the thousands of marriages where one spouse dies unexpectedly? Consider a ten-month military marriage that ends when the wife is killed in action. Is that any less successful than the fifty-year marriage where the couple dies hours apart in their nursing home beds? Of course not. The length of the marriage cannot be a valid metric for determining success. We will have been married twenty-three years in July.

If we can’t define success by length or the number of children, how then do we define it? Those are really the only measurable standards in a marriage, so any other definition is completely subjective. You can’t measure happiness or love any more than you can measure success.

I think success and failure are bad terms when you’re talking about a marriage. By imposing an indefinable binary standard, we’re setting people up for emotional issues when their marriage ends. If something is not successful, then by definition it’s a failure. If something fails, then someone has to be responsible for that failure, and I don’t know that blame always needs to be assigned when a marriage ends. Any human relationship has a beginning and an end. It’s better to have a calm and amicable fade-out than a bitter, painful explosion.