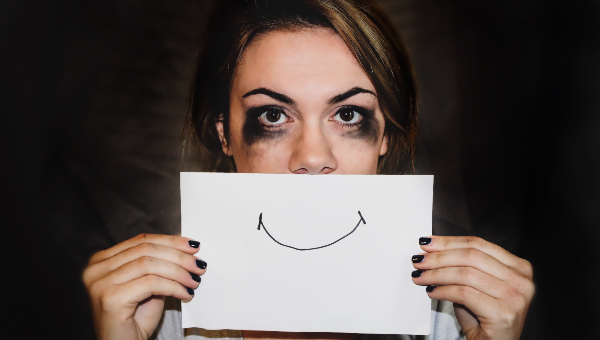 As I pulled out of the theater’s parking lot, tears streamed down my face. I worked to stay in the highway lane on the drive home, sobbing all the way. The movie, Bombshell, had struck a nerve. The urge to cry nearly overwhelmed me near the end of the movie when I had a sudden realization that their story was also my story. Still, I maintained tight control of my emotions until I could find some privacy.

Two days earlier, facing a bare calendar, I’d signed up to see this recently released movie. It boasted an all-star cast, including Nicole Kidman, Charlize Theron, and Margot Robbie. I knew very little about the film’s backstory, since I’m not one to keep up with the nightly news. As a result, the events leading up to Fox New CEO’s, Roger Ailes, firing were new to me.

The Commonplace of Sexual Abuse

I watched in shock and with fascination as the story unfolded of how powerful men used their influential position to abuse their female subordinates. This inhumane treatment apparently went on for years. Smart women said nothing, not wanting to lose their career.

With a sick stomach, I understood all too well how and why these talented women had become compromised. How it came about that they exchanged sexual favor for job security or career advancement.

I understood because I’ve found myself in a similar position numerous times. Men I trusted and depended on over the years have used my availability and vulnerability to service their sexual appetite. Each time it happened, I swallowed my outrage and shame and tried to move on the best I knew how.

But why would I do that? Why ignore such outrageous behavior? Why didn’t I stand up better for myself?

Because I had learned to maintain a code of silence from a very young age. The uncomfortable truth is that I’d grown up in a culture of rape.

Two years of chronic early childhood sexual abuse by a much older teenage relative taught me I was an invisible, insignificant cog in the world. And, a sense of helplessness became ingrained as my cries of protest and pain went ignored.

Next came the older farm boys and grandfatherly perverts who caught and groped my prepubescent body in some dark corner of a hallway. They taught me no one was a safe person.

By the time I was in high school, my distrust of men had grown to the point that I would grip the passenger-side door handle during the short car ride home after a stint of babysitting. Lacking confidence in the children’s father, I wanted to be ready to jump out of the moving vehicle should the man try to make a pass at me.

Dating opened the door to further objectification. Both of my former spouses pushed for excessive sexual contact during our first date. Neither stopped to ask if it was what I wanted. Instead, they ground their hips into me as they felt me up. By that time, I’d come to expect it and chalked it up as boys being boys.

Time and again, these experiences emphasized that my body was not my own, my feelings were inconsequential, and safety was only a mirage.

By adulthood, lessons on my lack of intrinsic value had nearly become a part of my DNA. Until recently, I no longer noticed the flagrant abuse for what it was. I hadn’t realized that up to now my unspoken motto had been to grin and bear it.

Speaking Out of One Breaks the Silence for All

I’m glad for courageous movies such as Bombshell. I needed it to wake me up. To help me recognize my own experiences of being sexually harassed. To challenge the notion that such abuse is normal.

I’m incredibly grateful for women such as Gretchen Carlson and Megyn Kelly, who found the courage to say enough is enough. That they would risk their careers in order to stand up for themselves and the rights of women.

It a rare blessing when movies, such as this one, don’t sugarcoat uncomfortable topics, but rather tell it like it is.

We need to scream it from the rooftop that sexual harassment is never a woman’s fault and is always intolerable. She didn’t ask for, her clothing attire can’t be blamed for it, and it wasn’t enjoyable for her. The unwanted attention left her feeling dirty and ashamed.

I’m proud to stand alongside these brave women and say, “Me too!” And, let’s declare together, “No more!” It’s time for the normalization of the rape culture to come to an end.