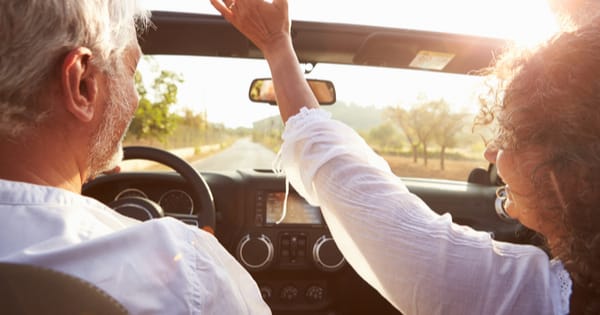 How to have happiness in marriage? For some of you that may sound like a far-fetched statement. I know many men and many women that have had bad experiences within their marriages, and sometimes it can end up in a sticky mess.

Although statistic prove that divorce rates have dropped in recent years, that is not necessarily a sign that more of us are living happily ever after. When you contemplate the numbers, it can feel as if the averages are not in your favor. Bill Burr famously said that you wouldn’t bet on a horse with those kind of odds, so why do we blindly walk into it? He said that jokingly, of course.

But it’s not all bad, really. If you manage to achieve happiness in marriage then it can feel like someone has constantly got your back, and is always there for you. It’s a really good place in life to be when you achieve that. Let’s talk about it a little.

When I was first dating my wife, it was hard at the beginning. To set the scene I had been living on my own since I left school. I never had to make any allowances for anyone and all that I owned was mine all the time. Of course, along came my wife and thrust her lovely self into my life. Whilst her being there it was great and all, but there were at times we just couldn’t agree on some things.

You’ll have to make sacrifices

Leading on from the latter statement I’ve had to make my fair share of sacrifice to keep our happiness in marriage. There are times when both of us just could not come to an agreement and whoever it was had to ditch it.

One example was a friend I had on Facebook that I had been intimate with in the past. There was nothing there, and I only had her on there to see how she was doing, because I enjoy watching people prosper. But to her this made her feel very uncomfortable. So, I deleted and blocked her straight away. It sucked doing this, but there was no compromising this time.

Another sacrifice I had to make would have been staying out really late with my friends at night. They live far away and sometimes I don’t get home until 3am. She worries lots, and for the sake of her mental health I’ve had to tone that down.

You’ll definitely have to listen to your partner

She’s a better listener than me, period. But that doesn’t mean to say I’m not good at listening either. Sometimes we can’t see the forest for the trees — by that I mean sometimes we’re too focused on airing our own grievances that we completely miss theirs. One of you will have to listen to the other at some point. It won’t take long for the other partner to totally feel sidelined if you stop listening.

One such time was when both my wife and I had been made redundant. We both spent many months looking for work and amidst that we both fell into a deep depressive cycle. I was always complaining at her, and I overlooked that she was hurt and angry herself. I just didn’t notice it. It all spewed forth when I stopped and eventually listened to her rather than only caring about what I said myself.

Okay, so I can’t actually go out and snort cocaine from the belly of a hooker, but there is a saying that the freer you feel in a relationship then that happier you will be. A lot of people mix up mental and emotional freedom with physical freedom.

Of course, there are certain things I can’t do, as we both have our own boundaries that our partners can’t cross. But the idea of freedom is that you are free to explore your mind and emotions. For example; she and I haven’t necessarily agreed Religiously and Politically over the last ten years, but we sit there and allow each other to have those opinions without being overly sensitive about it.

If you try and shape your partner’s thoughts, then you are restricting their ability to think on their own. When I began getting interested in Politics her answer to me when I asked her was — well I’m sure there’s something on the internet you can read about. That’s not her being indifferent or refusing to talk with me on it (because we do), only that she didn’t want to interfere with my growth.

Alone time, and copious amounts of it

Absence makes the heart grow fonder. Not a truer word was spoken. There was a time when I had to take three weeks off from work because I had some sort of nasty bug, and I was at home, in her face, all the time. We began bickering and arguing a lot more than we do usually. Not nasty stuff, just the general type of arguments couples have, but as I began to get better and started off to work the arguments stopped. Sometimes that little break from each other daily helps. Even now, as I sit here writing this to you, I’m in my study and she is in the bedroom watching TV. It’s our regeneration time.

You are a team

My wife holds all my secrets. Every last one of them. And I hold hers. The idea of marriage is that when one falls, the other acts as a crutch. Sometimes my wife will get herself into trouble doing physical stuff around the house, other times she’ll need a bit of emotional backup when she’s had a bad day. The idea is that she takes priority when these issues are afoot, and my needs come next. You act as a team together. When one falls, the other picks up the slack.

This isn’t a definitive list by any means, but it sure wraps up a few important ones. I didn’t include the regular trust, honesty and safety in there because that’s standard with all relationships. You need that as a foundation. You need that to begin with even before marriage comes along. Hopefully, you’ve enjoyed reading this as much as I’ve enjoyed writing it!