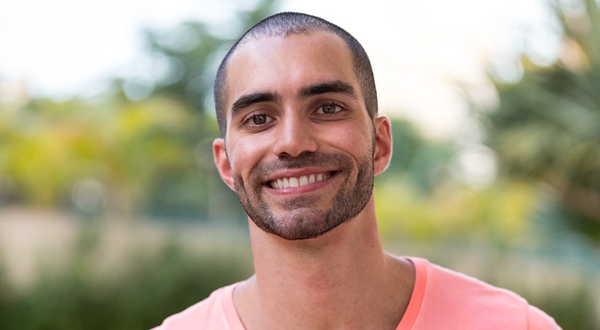 —
Contrary to what you might think, it doesn’t take much to be an everyday hero. At the most basic level, being a hero is about doing something to support, inspire, or uplift the people around you.

Sadly, due to limiting beliefs, many of us never discover or unleash the best version of ourselves. We all have weaknesses, things that we don’t think can be overcome. But with a little willpower and a lot of effort, it is possible to strive for—and eventually reach—our full potential.

When you make the decision to reach for your best self, whoever that may be, the world around you will notice the change. Some people may be suspicious of the transformation process. But there will be those who embrace it and perceive you as the inspiration you aspire to be.

Again, it’s not just about your own personal advancement. Becoming the best version of yourself can have an impact on other people’s lives. This is especially true if you have children. You can become someone they look up to for a good example

Let’s consider four steps you can take to become your best self.

The first step to redefining who you are is usually the most difficult. So make the most of it. This is an opportunity for you to do some real soul searching, and being totally honest with yourself when it comes to your habits, both good and bad.

Perhaps you don’t respect people like you should, or maybe you have a habit of cheating others. Maybe there are goals you want to accomplish and you have a tendency not to challenge yourself.

Tackle your biggest “worst thing” first! It’s like being on a ship with a hole in the hull and it’s taking on water, with an engine that won’t work, and lights that won’t switch on. Which problem do you fix first? The hole!

It may sound cliché, but for most people, their biggest issue is going to be an addiction. If you don’t think you have an addiction, consider this: is there anything you believe you can’t live without that isn’t an absolute necessity? It might be binge-watching Netflix shows, a nightly glass (or more) of wine, or a good smoke.

All of these are addictions, also known as bad habits! The only difference is how damaging any particular addiction might be compared to others.

These are the situations where you might need help to overcome a bad habit. A non-12 step rehab program might be what you need to get back on track. Working in a group may help you handle your addiction head-on. Most people who try to fight bad habits by themselves have a much lower rate of success. Support is important in these types of situations.

We all have things in life we find challenging. For many of us, fear of failure is a huge obstacle. Even though failure is necessary for success, we may have been convinced otherwise during our lives. Due to this, we may never take risks, avoiding the possibility of “losing.” This can lead to an incredibly unfulfilling, empty life.

Other people might find social interactions difficult. Instead of working on this issue, they hide away from society. They may, for instance, choose careers that allow them to work in isolation, and always find excuses to avoid gatherings.

The best way to loosen the grip of a chronic fear is by exposing yourself more often to that fear. For the socially awkward, that means purposely putting yourself into group situations whenever possible. Eventually, you’ll get used to it and you might even start to enjoy it.

The same can be true for those who fear failure. If you’re scared of failing, then you need to keep trying until you it doesn’t hurt anymore. Eventually, you will succeed, but perhaps in a much different way than you ever imagined. But if you don’t try at all, you’ll miss that possibility completely.

Third Step: Don’t Worry About What Others Think

We often worry about how people see us, and how they judge us. We’re social creatures, and one of our greatest fears is that of rejection by others of our species.

However, you can overcome this hard-wired fear when you examine the issue sensibly. Those people you’re worried about judging you? In most cases, they probably haven’t given you a second thought. Are you scared of what others think about your appearance? It helps to remember we all lose our looks eventually; that thought alone will equal the playing field, and you’ll remember that it really is what’s inside that matters.

Once you stop worrying about what people think, you’ll have a taste of true freedom. As Teddy Roosevelt said, comparison is the thief of joy. Once you disengage from the comparison game most people like to play, you will release yourself from the heavy chains of judgment.

Of course, your happiness shouldn’t come at the expense of others. This brings us to the final step.

Fourth Step: Give Back

Finally, you should make sure you’re giving something back to the world. This planet gave you life, hope, joy, family, and love. It’s time to pay it forward and define who you are through good deeds. If you do this, you may well have reached the best version of yourself.

The truth is that the four steps discussed in this article will take some persistence and practice to incorporate them into your daily habits. But it is nowhere near the challenge you may think.

Be unlike the majority of people around you. Strive to take on these four steps to a better you, and you’ll truly be a hero, and a shining light for this world!

—
This post was previously published on www.livethehero.com and is republished here with permission from the author.
—
Photo credit: Istockphoto.com