Get Daily Email
Join/Login CLOSE
Home / Featured Content / How To Thrive in the Next Economy: Preface to the Chinese Edition 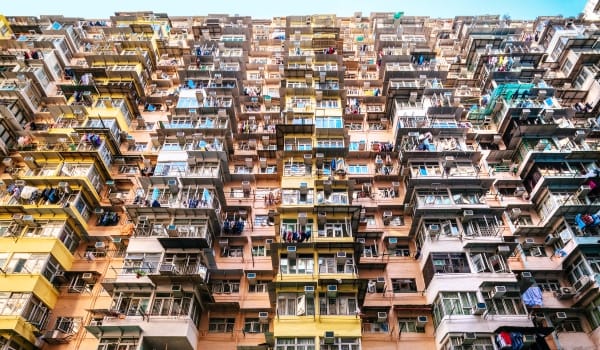 A cultural disconnection between the man-made world and the biosphere lies behind the grave challenges we face today. We either don’t think about rivers, soils, and biodiversity at all – or we treat them as resources whose only purpose is to feed the economy. This ‘metabolic rift’ – between the living world, and the economic one – leaves us starved of meaning and purpose. We have to heal this damaging gap.

This book is about the design of connections between places, communities, and nature. Drawing on a lifetime of travel in search of real-world alternatives that work, I describe the practical ways in which living economies thrive in myriad local contexts. When connected together, I argue, these projects tell a new ‘leave things better’ story of value, and therefore of growth. Growth, in this new story, means soils, biodiversity and watersheds getting healthier, and communities more resilient.

The signals of transformation I write about are not concepts, and they are not the fruits of a vivid imagination. They are happening now. But in conversations about the book, I am often asked the same question: Are small local initiatives an adequate response to the global challenges we all face?

The sheer number and variety of initiatives now emerging is my first answer to that question. No single project is the magic acorn that will grow into a mighty new oak tree. But healthy forests are extremely diverse, and we’re seeing a healthy level of diversity in social innovation all over the world.

My second answer concerns scale. Many people – for example in government, or in large foundations – tell me that large-scale solutions are essential if we are to deal seriously with the large-scale challenges we face. But that’s not how healthy nature works, I answer. Every social and ecological context is unique, and the solutions we seek will be based on an infinity of local needs. There is no such thing as a correct approach for the whole planet.

My third answer concerns history. Big transformations in history have seldom been the result of a single cause or action; they were a consequence of multiple, interacting, processes and events that unfolded at different tempos. The German word eigenzeit – “proper time” – describes this phenomenon well: The timescales of change for a bacterium, a forest, or an economy, are very different – but they are all interconnected.

History also contains numerous examples of profound transformations that seemed impossible at the time – until they happened: the end of slavery in the United States; women gaining the right to vote England; or the end of apartheid in South Africa. Nelson Mandela’s famous words on the subject – “it always seems impossible until it’s done” – have inspired millions of people – and rightly so.

The assumption that the future is all about cities is another ‘inevitability’ now being reversed.

Designers have taken the lead in rediscovering the qualities and value of rural life Design Harvests, for example, led by Professor Lou Lou Yongqi at Tongji University, leads the way internationally in the creation of of new links – both cultural and economic – between city and rural.

Designing for change, in this context, is less about single, problem-solving actions, and more about the continuous search for value in neglected contexts, and the creation of enabling conditions for system change.

The first and most important enabling condition is a capacity for ecological thinking – the ability to see the patterns of life as a connected whole. Experiencing the world as a web of connection – between humanity, place and nature – is deeply rooted in Chinese culture, but has been forgotten in most of the West.

These connections – or their absence – are best explored at the scale of the bioregions that surround our cities. A bioregional focus re-connects us with living systems, and each other, through the places where we live. It acknowledges that we live among watersheds, food sheds, energy sheds, fiber sheds – not just downtown or in ‘the countryside’.

Thinking ecologically gives new meaning and purpose to the concept of growth. Rather than measure progress against such abstract measures as money, or GDP, growth in a bioregion means observable improvements to the health and carrying capacity of the land, and the resilience of communities. Value is created by the stewardship of living systems rather than the extraction of ‘natural resources’. The language used is one of system stewardship rather than ‘productivity’.

A second enabling condition for system change is a focus on the social. In the North, the sharing or Peer-to-Peer economy has been presented as a novelty in recent times – but throughout history, people have collaborated, and shared resources, to raise and educate their families, take care of the land, and support each other in times of difficulty; social systems based on kinship, and ways to share resources, have deep roots in China, Africa, South Asia, and Latin America. Although these practices have been neglected during the modern age, they have enormous potential today. We need to ask: who has answered a similar question in the past? How might we learn from what worked before?

A third enabling condition for system change design is a shift of focus in design from place making to place connecting. In place of an architecture concerned with discrete buildings, – or the design of stand-alone products – the new priority is relationships. As the biologist Andreas Weber points out, this is how nature works, too: The practice of ecology is the forging of relationships.

As we change the way we govern our communities and our ecosystems, a variety of different actors and stakeholders need to work together. The exploration of social and cultural assets, for example, can involve a range of skills and capabilities: the geographer’s knowledge of territory; the biologist’s expertise in habitats; the ecologist’s literacy in ecosystems; the economist’s ability to measure flows and leakage of money and resources. This convergence of expertise requires institutional support.

The scale and complexity of learning we have to do now is demanding, but it is not not unprecedented. During the transition from an agricultural to an industrial economy, numerous regional institutions were invented to ease our transition. Many of these can be repurposed to do so again.

New sorts of enterprise are also needed: food co-ops, community kitchens, neighbourhood dining, edible gardens, and food distribution platforms. In these new kinds of enterprise, paying attention to the process by which groups work together is just as important as deciding what needs to be done, if not more so.

The social infrastructure we need is beginning to appear in the form of new social and business models: Sharing and Peer-to-Peer; Mobility as a Service; Civic Ecology; Food and Fibersheds; Transition Towns; Bioregions; Housing as a Service; The Care Economy. Platform Co-operatives, in particular, promise to be to effective ways to share the provision of services in which value is shared fairly among the people who make them valuable.

Technology has an important support role to play as the supporting infrastructure needed for these new social relationships to flourish. The re-emergence of gift exchange can be made possible by electronic networks. Mobile devices, and the internet of things, make it easier for local groups to share equipment and space, or manage trust in decentralised ways; technology can help us transition from an economy of transactions, to an economy of relationships. Technology can help reinvent cooperative practices in rural contexts: sharing, bartering, lending, trading, renting, gifting, exchanging, & swapping – in which money is but one means among many of holding or exchanging value.

A focus on the local and the social does not mean abandonment of collaboration at a national or international scale. We can use technology to link projects, initiatives, and individuals in a global ecosystem. Learning in a bioregion – and between them – can also be enhanced by the ways people in the software world find what they need on a day-to-day basis. They ask each other, in real time. The Tech For Good community, for example, keeps up to date on GitHub.

This book is not about pre-cooked solutions. It’s about building on what has already been done, in our various social and cultural histories, and on what’s being done, right now, in diverse contexts around the world. It’s about positive change that is top-down and bottom up; long-term and short-term. It challenges us all to search for connections that are working, and those that need to be made, or repaired. The health of a place, and of the persons who inhabit it, are one story – but it has many different versions.

A version of this post was previously published on Blog.p2pfoundation.net and is republished under a Creative Commons license.