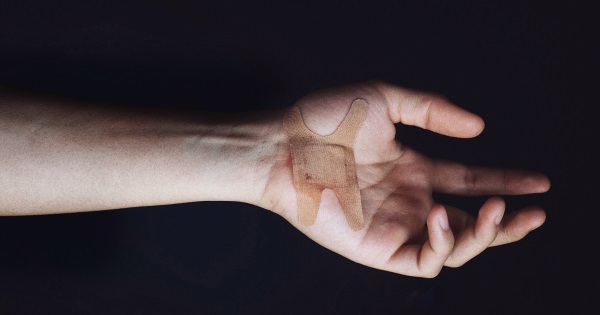 As a teacher, I see it a lot: Students will be horse-playing in the hallway, and I’ll tell them to stop. “But he’s my cousin! We’re just playing!” they’ll insist. In their mind, this justifies all sorts of reckless behavior: They don’t intend harm.

In adults, the same sentiment shows up in a more nuanced way. In a recent discussion about teachers wearing a culturally insensitive t-shirt, I got told, “I’m sure they didn’t mean it.” When I complained once about an image of Betsy DeVos with her eyes crossed as being ableist against people with unusual eyes like myself, there was a protracted conversation about how there hadn’t been any evil intentions.

Over and over, when behavior or words are called out as being harmful, the first step so often seems to be to establish harmless intent.

I understand that in law, intent is a significant part of responsibility. There are many crimes that require that the person who did the act meant to do something wrong.

But the world isn’t a court of law. The effect of our words and actions on others is more important than what we intended to do. This is such a keystone that it’s often summarized simply as “Impact > Intent.” Impact is greater than intent.

I’m a fairly naïve person inside. I don’t want to be jaded. I want to assume the best in everyone. In the absence of solid evidence, I try to assume that everyone is well-intentioned.

During the G. W. Bush Administration, when his supporters would go on about how well-intentioned he was, I didn’t argue: I’m sure he had good intentions. That didn’t change the harm caused by his policies.

As I tell my horse-playing students, though, maybe they’re having fun. Maybe they’re great friends. That won’t matter if someone gets injured. It’s only fun and games, the saying goes, until somebody loses an eye.

Adults don’t usually engage in the same physical horseplay as teens, but our words can also be extremely harmful.

Here’s a common thing to say about racism: “I don’t care if someone is black, white, yellow, or purple.” I don’t think I’ve ever witnessed somebody say that in malice. They always mean well: They mean that skin color doesn’t matter to them.

However, it’s a microaggression. We all know there are no purple people. By implying that there are, the person is also suggesting that the very real plight of people of color is something of a joke to them.

Here’s a common thing to say about transgender folks and the genderqueer: “Hey, what if I want to be a helicopter?” Sometimes this is said in malice, to imply that people who don’t identify with the gender they were assigned at birth are delusion or play-acting. Sometimes it’s said in an attempt at being an ally (“I don’t care how you identify”).

Either way, though, it’s hurtful. It equates a very real identity struggle, something that leads to increased rates of both suicide and murder, to play-acting. If anybody really, truly felt they were supposed to be a helicopter, I would suggest seeing a therapist. My child, now ten, likes to pretend to be a cat sometimes. He doesn’t want to be a cat, he doesn’t think he’s a cat… he’s absolutely just playing. That’s fine, that’s great, and that should not be compared to being transgender.

There are many hurtful things we say. The less exposure and less reflection we’ve had, and the more we belong to dominant groups (white, able-bodied, cisgender, heterosexual, Christian, non-poor, men), the more likely we are to make insensitive gaffes.

I make plenty of gaffes. I don’t mean to. I’m a gentle soul with an opinionated mind, which means sometimes I speak first and regret later.

And what I’ve learned is that people that I’ve hurt rarely want to be assuaged out of the gate that I didn’t mean to hurt them. Eventually, sure, maybe… and sometimes, they don’t ever want to hear it.

When I was an active editor for Good Men Project, for instance, I reached out to an author to publish his piece on the website. For editorial reasons, we couldn’t publish it. He was upset, and he blamed me.

Regardless of my intent, I had made a huge mistake; because of the nature of the content, I should have checked with the publisher before contacting the author. The author railed against me on his social media. I apologized privately for the harm. My intent was irrelevant.

If you’ve caused harm and your first impulse is to declare your lack of malicious intent, I encourage you to take a pause. Is your focus really on helping the person you’ve harmed, or is it on saving your own status?

If your hand has just been broken, would the first words you want to hear really be, “I didn’t mean to do that!”? Or would you rather hear, “I’m so sorry, tell me what I can do”?

When I cause harm, be it physical or emotional, I try to start with the person I’ve harmed: What do they need? How can I address what I’ve done? What needs to happen to help the other person feel better?

I admit, declaring good intent during an apology is a hard habit to break. We’re trained that way. But if the goal is to be reflective and improve the world around us, I think it’s important to break the habit and learn to apologize a more productive way.

Because impact is ALWAYS greater than intent.
—

Facebook13TweetPinEmail1Shares14
wpDiscuz
Share this ArticleLike this article? Email it to a friend!
Email sent!