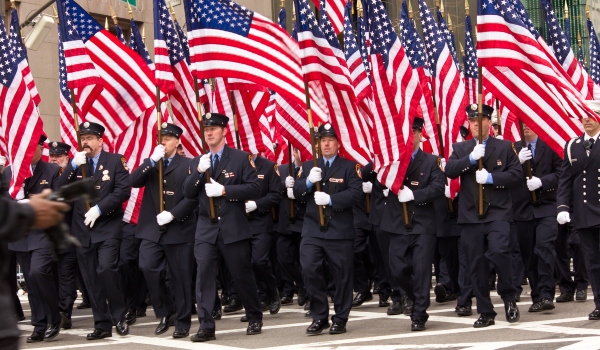 High-profile cases of officer brutality against black citizens in recent years have caused Americans to question the racial makeup of their police departments.

Many advocates believe that diversifying these forces will help reduce police violence against people of color.

My research suggests increased representation might not solve the problem. I interviewed nearly 200 protesters and residents of Ferguson and Baltimore – cities that saw widespread unrest following the officer-involved deaths of two black men, Michael Brown and Freddie Gray – for my book “Hands Up, Don’t Shoot.”

What I heard repeatedly was that hiring more officers of color wasn’t enough. The people I spoke to said issues of structural inequality in society and a problematic police culture were creating the breakdown of trust between communities and police. Citizen distrust of the police can strain police-community relations because officers typically depend on cooperation from the public to solve crimes. Residents are more likely to cooperate when they view the police positively.

Racial diversity has long been an issue within U.S. police departments.

Of the 701,000 full-time sworn officers working in 2016 – the latest year for which national data is available – just 27% were officers of color.

The proportion of minority officers has nearly doubled in 30 years, growing from 14% to 27% between 1987 and 2016. But minority hires still lag behind the general population, where nearly 40% of Americans are non-white.

Small departments tend to be less diverse. Forces serving fewer than 10,000 people are 87% white, while the largest departments are on average around 50% white.

Take Baltimore for example. Just over half of the city’s police are officers of color – below the 63% of Baltimore residents who are black, but still more diverse than neighboring departments and the national average.

Yet, the Baltimore Police Department was found by the Department of Justice in 2016 to have engaged in a pattern of unconstitutional racially biased policing. This came despite Baltimore making “efforts to attract and promote minority candidates,” as the Justice Department’s Civil Rights Division noted in its report.

Around a quarter of the people I spoke to in Baltimore and Ferguson said they believe black officers enforced the law more fairly than their white colleagues, and were more courteous and respectful.

But a similar proportion of those who reported having personal experiences with black officers said they believe non-white officers operate aggressively when they encounter black civilians.

Scholars have offered several explanations as to why there doesn’t appear to be a strong correlation between an officer’s race and how they treat civilians.

The culture within the police department is often cited. New recruits learn to perform police work by observing the practices of their colleagues, internalizing them, and then executing them. Pressure to conform to a prevailing police culture plays a critical role in shaping behavior and determining how officers treat civilians of different races.

Officers of color are not exempt from this process. They may even feel obliged to adopt the values of the department to fit in or advance their careers.

Evidence suggests that hiring a racially diverse police force on its own will not solve the problems of policing. Some studies have found that hiring more minority officers is not correlated with a reduction in the killing of citizens. Others have shown that the use of lethal force increases with the proportion of black officers.

Any long-term solution to excessive police violence needs to address the conditions in which marginalized communities live. Black people in the U.S. disproportionately live in neighborhoods that are characterized by pervasive inequality, joblessness, poverty and inadequate public services – conditions in which crime has traditionally thrived.

In turn, this has affected the type and quality of policing that civilians receive in low-income areas. So-called “broken windows” policing, in which officers aggressively target minor offenses and social disorder under the assumption that it will reduce serious crime, has had some powerful advocates. But others argue that it has led to distrust and animosity between community and police in economically deprived areas.

Addressing the structural inequalities at the root of urban crime will go a long way to reducing police violence.

But that is a long-term solution requiring a massive effort to address educational and economic inequities. In the interim, some experts have stressed the need to address America’s history of racial injustice within the criminal justice system to rebuild trust. Police departments are increasingly turning to implicit bias training as a way to address racism within their ranks.

Some like Birmingham, Alabama, are also taking effort to foster reconciliation with minority communities who have lost trust.

This trust-building process involves frank engagement between law enforcement and the people they serve to address tensions, grievances and misconceptions.

Sincere efforts by law enforcement to act differently and do better can reveal common ground with communities and facilitate new ways in which both sides can work toward reducing violence. More of this is needed to improve relationships and build trust between civilians and law enforcement.