On election night 2020, I decided to put all political worries out of my mind and settled down for another look at Wes Anderson’s third feature film, The Royal Tenenbaums. 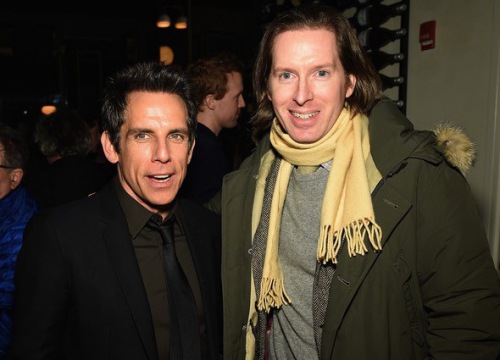 True to the filmmaker’s unique, nostalgia-laden style, the movie features the sorrows and discontent of a recently reunited family located in an east coast urban setting. Gene Hackman plays the prodigal patriach — Royal Tenenbaum — a conniving chisler who fakes a catastrophic health scare to justify his return to the residence of his estranged wife (played by Anjelica Houston).

His three adult children — former wunderkinds whose talents have diminished — have also relocated back to the home of their upbringing.

Chas, the business and real estate prodigy, has been most adamant about rejecting his father’s awkward approaches at repairing their troubled bond. It stands to reason given Royal’s past attempt to swindle Chas out of his money.

Just as an aside, I want to say that I hadn’t seen the movie in several years. Had The Royal Tenenbaums been somewhat fresh in my memory I wouldn’t have watched it — or I would have anticipated fast forwarding past the scene that throttled my grief.

At the climax of the movie, family friend Eli Cash drives and wrecks his car into the Tenenbaum house, killing the dog belonging to Chas’s sons. Never tiring of his effort to reconcile with Chas, Royal buys a Dalmation dog off the fire crew responding to the car crash — and offers it to his estranged son; a gift of penance and reconciliation.

The gesture catches Chas off guard. He whispers a “thank you” and hesitates over what to say next. The film, up to this point, has depicted Chas as a stressed-out and panicky single father (his wife recently perishing in a plane crash) who is trying to protect his sons from Royal, their ne’er-do-well grandfather.

After the long pause, his voice breaks from the pent-up grief. “I’ve had a rough year, Dad,” Chas says with downcast eyes.

“I know you have, Chas,” Royal says, reaching out to comfort his distraught son.

I burst out in tears as if Ben Stiller himself had pulled a ripcord to start the waterworks. Looking back at it now, my reaction was raw, visceral and startling. Yet, how could I not, considering the 2020 my family and I have endured?

In the opening weeks of the year, we struggled to stabilize our cancer-stricken son’s diet (he couldn’t keep anything down). It involved numerous long nights and continual calibration of his feeding pump until we arrived at a volume and rate that would provide him needed nourishment without triggering regurgitation.

Then on Jan. 29 we learned the malignancy had spread and he hadn’t much time. Two weeks later he was dead, and before I could finish saying Kaddish for him we had to adopt the lockdown that COVID-19 imposed on the rest of the country.

Not that I recommend watching The Royal Tenenbaums for the experience of catharsis, however, I wonder about the countless numbers among us who have lost someone dear and have had to navigate a life pummeled by so much trauma, deprivation and uncertainty. Would said viewers of The Royal Tenenbaums have reacted to Chas Tenenbaum as I did?

As I’ve said already, I would not have watched The Royal Tenenbaums had I recalled that brief but deeply moving moment. No doubt I need to grieve more and I do. My inner life at this point remains wound up with many ripcords. And there can be numerous Chas Tenenbaum moments throughout any given day.

I will also admit that Wes Anderson’s film prompted my thinking about family as metaphor for nation. Since I had already projected my personal grief and our collective grieving, would not an inquiry about the familial bond between citizens and among different communities be justified?

And so I wonder about our nation as a whole — will those of us wrecked by 2020 make time and space for grief? There will come a time in the near future when many of us will return to offices, schools, and the public square. Will there be any accommodation for said grief after such a catastrophic year? Will it even be possible? Or will America’s zombie optimism prevail and snuff out any such possibility?

Just as important, will those of us left mostly unscathed by COVID-19 (the lockdowns, layoffs, evictions, displacements); will we possess the grace or generosity necessary to uphold those of us just trying to get by?

As a deeply divided nation, will we show the courage and comfort Royal Tenenbaum expressed to the once-hostile and denigrating Chas? Also worth pondering is if those of us needing that courage and comfort will accept a gesture of reconciliation as meekly did Chas?