—
In a dusty-floored gym somewhere in Arkansas, 10 dudes gather before the sun rises to play full-court basketball. They roll their ankles, jam their fingers, and walk way too much. A week ago, a new guy puked. They play for an hour. By the time it’s over the men are gasping for air, but smiling.

I am one of those dudes.

We shoot free throws for teams (it takes longer than it should) at 5:30 a.m. every Monday, Wednesday and Friday. The question I always get, especially when I’m recruiting new players, is “Why?”

Good question. After a full year of playing morning ball, my feet are killing me, my knees crackle and pop, and my thighs and biceps are constantly speckled with bruises. Instead of trying to answer the new recruits’ question, I simply say, “Give it a try. I think you’ll like it.”

So they come and they play, and now, over a year later, we’ve got guys who haven’t missed a day, guys who’ve lost 20 pounds, guys who’ve gotten to where they can consistently make a midrange jumper, and guys who still can’t hit the rim.

But they keep coming back. It’s like a drug, something men don’t get sitting behind a desk or watching television at home.

It’s kind of like the 1999 movie “Fight Club” — not because we’re constantly smashing into each other (we are), but because of the release. In that movie, men gather in basements to fight, and in turn, go back to their desk jobs feeling sore but rejuvenated, alive. If you’ve seen the film, you probably remember the line: “The first rule of Fight Club is: you don’t talk about Fight Club.”

The same is true for morning basketball. Sometimes we see each other out in public, maybe limping down the aisle at the grocery store. We’ll share a nod, a knowing glance, but that’s it — nothing more.

That’s the power of sport, and it’s just what men need. No, I’m not talking about fantasy football, or eating heaping portions of cheese dip and screaming at college kids on television during March Madness — I’m talking the actual thing: Sweat and blood, victory and defeat. We need it.

In a world where more and more of our daily tasks are being done for us, where we’re quickly becoming sedentary creatures, and the idea of being a “man” in America is under reconstruction — we need sport.

In “Fight Club,” the main character, Tyler Durden, says: “Advertising has us chasing cars and clothes, working jobs we hate so we can buy stuff we don’t need. We’re the middle children of history. No purpose or place. We have no Great War, no Great Depression. Our great war is a spiritual war. Our great depression is our lives.”

Do you feel it? Do you know what he’s talking about? I think it hides just under the surface for all of us. Life has become too easy. “First World Problems” await our every turn. Sometimes I wonder whether deciding between the “Elite” or the “Limited” SUV is truly a problem.

We are stressed to the max over the minutiae of life. We need vacations from our expensive vacations. We’ve got it good — too good.

So what’s the answer? How can we break free of such a sedentary, stare-at-a-screen-until-your-eyes-bleed existence?

Make life hard again. Make it mean something. Fight. Get down in the dirt and dig. But how? In a world where lawnmowers are self-propelled and firewood is split hydraulically, how on earth can men find such a glorious quarrel?

It’s March. The NCAA Tournament is in full swing. I might catch a few games, maybe, but I can guarantee this: I’ll be out on that basketball court in the morning, throwing elbows and bricking layups. Those dudes are my tribe.

—
This post was originally published on CourierNews.com and is republished here with the permission of the author. 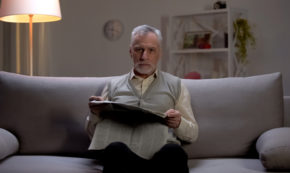 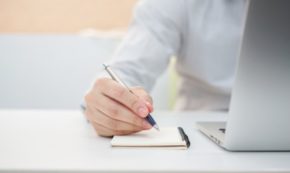