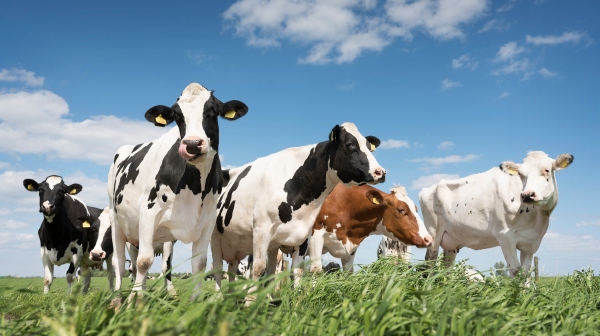 LONDON, 17 September, 2019 − Eating less meat is not the way everyone should aim to tackle the climate crisis, a new study says. It is an essential step for many of us, the researchers argue, but in a world racked by malnutrition and hunger it can be only part of the answer to rising temperatures.

But many people in high-income countries will need to make more ambitious cuts in the amount of meat, eggs and dairy products they consume. The reason? People who are under-nourished will need to eat more of these foods to have a hope of healthy lives.

Agriculture and food production produce significant quantities of global carbon emissions, which must fall if we are to meet the UN climate goal of no more than 1.5°C of warming. That means meat consumption must fall.

But US scientists warn that there is no “one-size-fits-all” solution to the twin challenges of diet and climate. They do not argue against reductions in overall meat consumption. They simply suggest that those who are already well-fed could make the biggest cuts.

Many scientists have concluded that vegetable-rich diets are the healthy option for the planet, although some doubt that the world can provide enough vegetables to feed a growing global population. A lively debate is the probable outcome.

“In high-income countries, where people generally have enough to eat, the shift towards more plant-forward diets and away from carbon- and water-intensive consumption patterns has to happen faster”

Martin Bloem is director of the Johns Hopkins Center for a Livable Future (CLF) and co-author of a study it has produced, published in the journal Global Environmental Change.

For any diet-related climate change solution to be sustainable, he says, it must also address the problems of under-nutrition, obesity, poverty, and economic development. Different countries have different priorities and are at different stages of development, meaning they have different imperatives.

“In many low-and-middle-income countries, the imperative is to ensure people have adequate nutrition”, he writes. “Today, more than 820m people around the world don’t have enough to eat, a number that has risen in recent years (in part due to climate change, as well as conflict).

“Meanwhile, more than a third of all children under five in low-income countries such as India and Malawi are stunted. This means their physical and mental development are impaired because of poor nutrition, with consequences that stretch far into adulthood.”

The World Bank has shown that poor nutrition directly affects countries’ development prospects, not least as a result of the reduced capabilities of working populations, known as “human capital”.

Obviously poor countries also need to develop policies to tackle the climate emergency. But, Professor Bloem writes, “a top-down diktat that recommends a plant-based diet without taking into account the nutritional needs of vulnerable populations or the availability of certain foodstuffs is neither helpful nor appropriate.

“The fact is that in low-income countries, some people, especially young children, will need to eat more animal products, particularly dairy and eggs, to get adequate protein, vitamins, and minerals. Consequently the diet-related emissions and use of freshwater in these places will have to rise.

“This means that in high-income countries, where people generally have enough to eat (although are not necessarily healthy) the shift towards more plant-forward diets and away from carbon- and water-intensive consumption patterns has to happen faster.”

The authors of the CLF report say that, even in high-income countries, a “one-size-fits all” approach is not necessary. They modelled the climate and freshwater impact of the “typical” diet in 140 countries, and compared it to what they describe as a “healthy baseline” diet and nine “plant-forward” diets, including vegan, vegetarian, and a meat-free day.

They found that a diet where the animal protein comes mainly from low down the food chain, such as insects, small fish and molluscs, has as low an environmental impact as a vegan diet, but generally has more easily digestible micronutrients and proteins.

And eating animal products only once a day (being a “two-thirds vegan”) is in most cases less carbon-intensive than following a traditional vegetarian diet involving dairy products.

Nutrition and climate change are the subject of two of the seventeen UN Sustainable Development Goals, which address the full spectrum of development challenges the world faces. Success in attaining these goals by 2030, Professor Bloem says, will require reconciling trade-offs, clashes and compromises.

“There is, sadly, no silver bullet, but our research gives policymakers a tool to address health, economic, and environmental challenges … for example, by setting national dietary guidelines that support efforts to tackle malnutrition, while also charting a sustainable course in terms of emissions and freshwater use.

“There will always be trade-offs. Environmental impact alone cannot be a guide for what people eat; countries need to consider the totality of the nutritional needs, access, and cultural preferences of their residents.” − Climate News Network