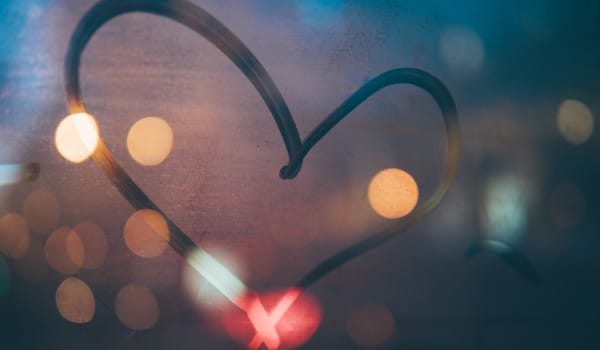 I used to sit with clients who had been cheated on and, although, I felt sorry for them, I never dreamed it would happen to me.

My first husband was a man of his word. If he’d promise to show up and help, nothing would stand in his way. Not even illness. His word was his bond.

And, faithfulness was one of my late husband’s commitments. This actually stemmed from a fear of his. That he would be cheated on. Not that he ever dreamed I would do such a thing to him, but he couldn’t stand the idea of being betrayed. Of being rejected like that. So, as far as I know, he never entertained the idea of doing it to me.

See, he died in 2015 after a short battle with cancer, but he left me a legacy of reliability, integrity, and steadfastness.

I wish I could have known what valuable gift those qualities were. How rare they are these days.

I remarried another and assumed there would be the same level of loyalty and commitment I had enjoyed before. I never dreamed my new husband would struggle to put me first. That he didn’t know how to prioritize our relationship over himself.

I soon discovered accountability and commitment were foreign concepts to this man, resulting in him betraying me in the most severe ways. Unfortunately, all too common for partners of sex addicts.

He used gaslighting, denial, evasiveness, lying, and hiding — to name a few. Anything to prevent me from discovering his double life.

I once read an article on how to spot a sociopath. The author wrapped her post up by urging readers to ignore what perpetrators say but to instead watch what they do.

Although I’m not sure my ex fit the clinical diagnosis of psychopathy, this advice is applicable to narcissists and sex addicts too.

My ex often led me on with promises of something special, only for it to never materialize. Or, he’d come up with convenient stories, which were difficult to verify as a way to explain missing time, changed plans, lost money, or excessive texting. After disappointments or relationship setbacks, he would behave in such a way that left me feeling special and loved. Like he’d felt bad, when he was really covering his tracks.

As a result we had an asymmetrically committed relationship.

Peter Blau, in his book Exchange and Power in Social Life (1964) wrote, “If one lover is considerably more involved than the other, his greater commitment invites exploitation or provokes feelings of entrapment, both of which obliterate love.”

Yep, that was me. I was the one way more invested in our relationship to which he turned around and exploited. And, our love was destroyed.

What I hadn’t learned at the time was how to value myself more.

I used to view my core self like a walled city, with my heart as the town square. From atop of that imaginary walled barrier, I would look out and hope to see traveling visitors who might want to join me so that I felt more whole and complete.

Now, as I picture myself atop that same city wall, I recognize the beauty contained within these walls and see rich life teeming inside. And, when I spy visitors, I feel a surge of protectiveness for myself. Others are welcomed carefully, since it’s a privilege to know more about me.

I like this change. It makes me feel safer.

And I suspect that if it had occurred earlier, I’d like to think that I wouldn’t have been taken in so easily by my ex’s duplicity. I would have expected consistency and follow-through from him. I would have evaluated the level of his willingness to invest in our relationship. I wouldn’t have tolerated being criticized, blamed, ignored, or dismissed.

No more. I’m done with being content with other people’s emotional handouts.

I never dreamed all those years ago as I listened to clients share their stories of betrayal, that one day I too would share in that same pain. That I was no different and needed to learn all the same lessons discussed during those hours of therapy.

All of this has been a hard-fought victory for me, but what I’ve learned is to expect more from others. To see relationships as a fifty-fifty venture. Others must be willing to meet me halfway by making an effort to stay in touch, by being interested to know more about me, and by working through conflicts. I expect respect, honesty, and kindness. That words must be backed up by follow-through behavior.

And it means, learning to protect myself better. That’s okay to ask uncomfortable questions, to protest when things aren’t to my liking, and to ask for more of what I want and need. Even if it means I appear a bit bitchy from time to time, of course when appropriate.

Maybe all of this has been obvious of you, but it’s new for me to see that being worthy is more than just a feeling; it needs to be accompanied by action.

It’s sad it took someone who seemed to choose every women but me to learn these new truths. I understand now I’m the only person I’ve got, which makes me the most important person in the world. And that I’m worth more.

This post was previously published on From Shadow to Light and is republished here with permission from the author.
—

Facebook20Tweet1PinEmail1Shares22
wpDiscuz
Share this ArticleLike this article? Email it to a friend!
Email sent!