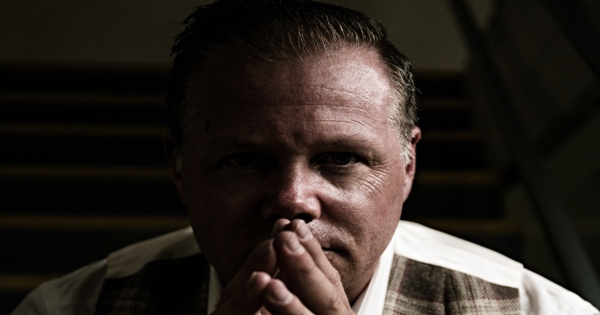 There have been many misconceptions about mental illness propagated by media sources like movies, the news, and television shows over the years. Whenever I to turn on the news I would hear comments about how people who committed crimes had some sort of connection to mental illness. It’s been statistically proven that people diagnosed with a mental illness are less likely to commit crimes than those who are just normal people. There were also many movies that stigmatized mental illness and shaped the way people thought about those who had a mental illness creating misconceptions and prejudices surrounding those who had been diagnosed. For years it made it difficult for me to disclose my diagnosis because I wasn’t certain of what others would think of me or if they’d judge me or treat me differently. I still use critical discretion on whom I do and don’t disclose my diagnosis to. However, at this critical point in history, there are those out there who are willing to challenge the misconceptions and prejudices of stigma.

In recent years the media has begun making a point of prioritizing mental health issues as being valid and commonplace. It’s been inspiring to hear stories of professional athletes, TV personalities, and actors who have battled mental illness to lead successful lives. There are currently a number of diagnoses that have been labeled as acceptable to be living with and still some that have yet to be broached; pop culture singer Adele has spoken out about depression, Brandon Marshall has been living with borderline personality disorder, Delonte West manages bipolar disorder, and Lady Gaga has been working through anxiety. There also was recently an anti-bullying campaign put on by The New York Yankees to help a local fan who had been bullied by his peers.

All these achievements in social justice have been wonderful to watch and it’s been really helpful for me to see mental illness being humanized, as it should be. One of the latest achievements Hollywood has made in humanizing mental illness has been Silver Linings Playbook. Another movie that made a good effort but fell short was A Beautiful Mind. 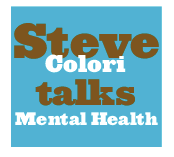 A Beautiful Mind is the story about John Nash who was a pulitzer prize winner in economics for creating Game Theory which is an economic system used to analyze and dictate behavioral relations. However, being someone with schizophrenia and seeing how misrepresented John Nash was in the movie was somewhat disturbing. I think one of the last frontiers of mental illnesses to be broached are psychotic disorders. In the movie John Nash is portrayed as speaking with an individual who follows him around on his daily routine.

Having been someone who has had hallucinations I know what it’s like to have voices separate from my own speaking to me, but they are a breach of the unconscious mind and don’t take the form of someone walking beside me. I’ve also had visual hallucinations but for visual and auditory hallucinations to combine into the shape of a person separately speaking to someone outside of themselves is almost unheard of. In psychology, it’s almost a direct indication to malingering symptoms or falsely reported symptoms for clinical staff if someone reports seeing and talking to someone as if they are a fully visible and speaking person in the room. To further this point, with many other movies I’ve noticed movie companies have taken full advantage of the buzz surrounding the word psychosis, and psychotic disorders.

Being someone who works in an in-patient and out-patient setting and having lived with psychosis for twelve years, it’s safe to say psychotic disorders have been completely misrepresented and stigmatized by the media and by popular culture. For myself, and most of the people whom I work with on in-patient and out-patient settings they are normal people who live full lives. They have great senses of humor and have high levels of integrity, and are really enjoyable to spend time with. These people are intelligent, have families and are very caring and conscientious people. While interacting with them, you would not know they had a psychotic disorder unless they specifically told you so. People with psychotic disorders are not screaming and in chains and locked up and hurting people the way they have been portrayed in movies. They are REAL people whom you interact with on a daily basis without knowing so. About 1 percent of the population has schizophrenia. Meaning, 1 in 100 people you interact with on a daily basis has schizophrenia which is one of the most commonly known psychotic disorders.

I’m grateful to the media for the progress it has helped create in humanizing some mental health disorders, but the next step forward is humanizing psychotic disorders. Having a psychotic disorder in America is like living in the closet, you never want anyone to know because you’re afraid of the repercussions. My call to action for the media is to take the next step and humanize psychotic disorders until people are able to see me and everyone else for who they are, and not for an artificially applied label that misrepresents everything we stand for and are as people.

Photo by matthew reyes on Unsplash

FacebookTweetPinEmailShares124
wpDiscuz
0
0
Would love your thoughts, please comment.x
()
x
| Reply
Share this ArticleLike this article? Email it to a friend!
Email sent!