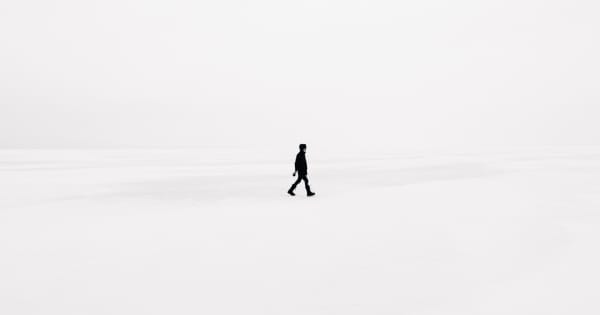 In Octavia Butler’s “Kindred,” the protagonist Dana is fretting about how the other slaves see her as being “white” because of her relationship with the masters. Carrie, a mute slave, rubs Dana’s face to show that the blackness doesn’t rub off. Dana is black no matter what.

I have always identified as a white person. My ancestors include Miles Standish and John Alden of the Mayflower.

Of late, though, I have been reflecting deeply on what it means to be “white.” For most of my life, I’ve had the passive thought that being white merely means having white skin. This despite my awareness that there were plenty of people who had white skin that who were still “not quite white.”

I’ve also been aware that “black power” and “white power” are distinctly different things. Black power is rooted in retrieving pride after centuries of systemic oppression. It is about overcoming and reclaiming.

White power, in contrast, is about perpetuating that systemic oppression. Whites are generally of European descent, and most of us can trace at least part of our family trees back to specific nationalities. Many, if not most, black Americans are descended from slaves which were stripped of their heritage.

I teach in a high school where most of the students are first or second generation immigrants. About a quarter of them are from Eastern Europe, and have skin about as white as mine. But it’s clear talking to them that they generally don’t consider themselves “white” in the same way that they consider me “white.”

Stephen Miller, who is Jewish, has been called a White Supremacist. This led to a question about whether he (or Zina Bash, who is also Jewish) could be Jewish and White Supremacist. Miller and Bash both have white skin, but does that make them “white”? And what of Gal Gadot, the Israeli actor who plays “Wonder Woman”?

George Zimmerman’s status as a white man or as a Hispanic man seems to move fluidly based on the agenda of who’s writing about him. Zina Bash, like George Zimmerman, is a Latinx person with white skin.

Historically, Irish, Italian, and Polish people have also been excluded from the category “white” in America. The Ku Klux Klan identifies as a Christian organization, and has targeted Jews. In BlacKkKlansman, when Ron Stallworth first talks to the KKK, he mentions Jews, Italians, and the Irish among the groups that he hates.

And while the US Census has long considered Middle Easterners to be white for statistical purposes, that may change soon (although not next year, as originally planned).

Meanwhile, though Jim Crow laws, redlining, and other forms of legal segregation were struck down in the middle of the last century, the one-drop rule persists today. The rule says that anyone with traceable African ancestry is black: This is how exclusive “whiteness” is.

So what does it mean to be “white” in America?

I am descended from pilgrims and, almost certainly, from slave owners. I speak English without any foreign accent. I am part German, part British, part other stuff. Any black blood I have is likely the result of masters raping slaves, something which was far more common than we white folks would like to discuss.

These realities and possibilities are in my DNA. This is part of my whiteness.

I do not say this with shame or self-hatred. Once upon a time, I did: I resented what my ancestors did, and disliked what that said about me. And make no mistake, I’m disgusted by the behaviors of my white European-descendent forebears. But these are not things I did.

When I speak of “social debt,” this is a big part of it. I have a responsibility to acknowledge what my ancestors have done, and to address what I can. I don’t think it is moral for me to try to deny, or soft-pedal, history. I can rub my skin all I want, but the white isn’t going anywhere.

White is not a color so much as it is the absence of it.

White is not a culture so much as it is the absence of it: To be white in America, you have to have your origins steeped out of you. Not torn away, as we did with the Africans we brought here by force, but rinsed away through the generations.

Having white skin is a fact of low melanin. American whiteness is a cultural construct rooted in entitlement and superiority. Identifying as a white person is an act somewhere on the spectrum that joins those two points.

I cannot turn back the clock or change my identity. But I can acknowledge the privileges that are my birthright, through no doing of my own, and find ways to mitigate them. I can pay attention to the ways in which my privileges from whiteness translate to limitations for people who aren’t “white like me.” I can use my privilege to stand against bigotry committed by my fellow whites. I can listen quietly and supportively to voices of color.

If you’re white, I encourage you to do the same.
—