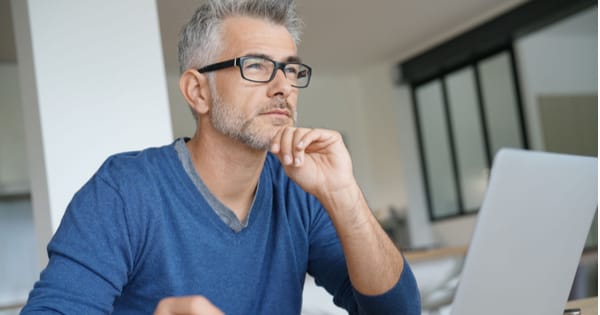 Everyone I know is either too young or too old. I hear twenty-somethings complaining about lack of experience, not being able to get the job. I hear people in their forties pining hard for the days of their youth.

What is the perfect age?

I’ll be turning 31 on Tuesday, and I have to say, I don’t really have any complaints. Sure, I wish I had a little more hair up top and less in other places. Sure, there are some pains that’ve started to flare up in the mornings, old wounds from the gridiron finally settling in. But other than that, 31 looks good to me.

Age, like the old saying goes, is a state of mind.

Another guy who seems to believe that adage is Trevor Lawrence, the long-haired, freshman quarterback for the Clemson Tigers. Lawrence just turned 19 in October. A year ago, he was playing high school ball in Georgia. Last Monday, he led his team to the National Championship.

Lawrence, the always cool character with the golden locks, recently explained his calm demeanor: “Football is important to me, obviously, but it is not my life,” he said. “I just know, no matter how big the situation is, it is not really going to define me.”

In other words, Lawrence doesn’t sweat the small stuff. Which leads me back to my earlier question, the one we all seem to struggle with every year: What is the perfect age?

In some instances, it’s easy to determine a “best” age. The optimal age to get married, according to a study published in the Wall Street Journal, seems to be around 29. 36 is the age that most women want to look. 25 is when your body reaches peak strength.

But what about your actual best year? If you could stop the clock altogether, when would you do it?

Maybe Trevor Lawrence would stop it right now, hair as thick and beautiful as it’ll ever be, the big game already won…

What could be any better, right?

When I was 19, I was down in South Florida, a beachside town just off A1A called Boca Raton. My hair was similar to Lawrence’s, and I was also a scholarship quarterback at a D1 college football program, Florida Atlantic University, but somehow, despite all the fun and sun, I don’t think I’d go back.

No, I didn’t win the National Championship. But my baby girl turned 2. My hair has pretty much all fallen out. But my wife and I celebrated five years of being happily married (she always hated the long hair anyway).

Maybe Trevor Lawrence feels the same way. From everything I’ve read about the stud quarterback, he seems to have a great head (of hair) on his shoulders.

So then, let me try and answer the question for you, the one about the perfect age. For me, you don’t really start living until you understand how short life is. Until you finally realize your little fire started burning when you were born, and eventually it will go out. Regardless of when you feel the heat for the first time, I’d say every year after that revelation is your best year, or at least they’re the only ones you have left.

I’d love to hear from you. Write in and tell me which year you’d consider your “best”, and I’ll feature a few responses in next week’s column.