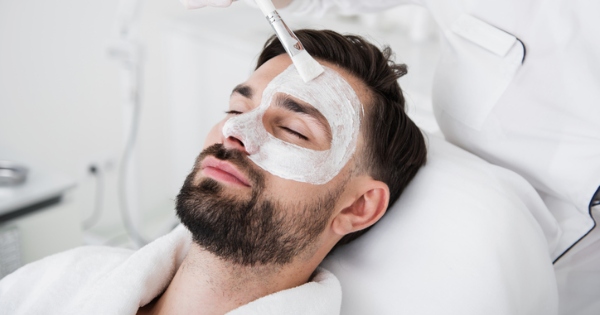 —
There’s a secret that I’ve been hiding for a long time. No, it’s not one of those secrets that you swear never to tell anyone. Rather, it’s a far sillier secret – a silly stubbornness that I refuse to let go of. In all of my 30 something years, not once have I ever had a professional massage. In fact, I have never undergone any well-being treatments of any kind.

This may not seem so crazy to you, if like me, you are one of the millennial males that have never taken a day to be pampered by a masseuse, manicurist, or pedicurist. Even in our own lifetimes, there has been a cultural shift in how men view spa treatments. Yet, for a number of us, the stigma still remains: is taking care of one’s body a sign of being too in-touch with one’s feminine side?

It is crazy to think that in our modern age, where we have made great strides in dismantling rigid gender roles, that’s a number of us still hold on to these fear-based stereotypes. Rather than be controlled by unfounded apprehension, people like me should be encouraged by seeing men of all backgrounds embrace the benefits of, as millennials say, “treating yo’self.”

As far back as 2005, it was reported that nearly 29% of spa-goers were men. Yet as of 2019, this number has skyrocketed to 49%. In fact, many industry predictors show that men may soon outpace women in spending on spa treatment services. One of the reasons for the shift is that men’s misperceptions of wellness treatments have been largely dispelled by industry players who’ve taken matters into their own hands.

At establishments across the United States, services are geared towards one target demographic in mind: the male customer. The type of services that are being offered to them are clearly male-focused. For example, at the Four Seasons in Chicago, a Bourbon Massage is available for the discerning male who wants to decrease the probability of blood clots or promote good cholesterol (all benefits of bourbon). And though it may still be uncomfortable to talk about personal issues like erectile dysfunction, wellness centers like Resplendent Day Spa in Long Beach, California specialize in treatments designed to target this male health issue.

Taking care of one’s mind and body is a positive trend that many men have begun to implement in their lives. Yet, the fact that we may have been pushed into doing so by the pressures of contemporary life is a topic worthy of an article in and of itself. According to Consumer Snapshot Study, men are seeking out treatment due to being “stressed and tired.” Indeed, while gender studies show that women are more likely to be stressed overall than men, the effect of stress on a man’s physical and psychological wellbeing has been shown to be more damaging.

For better or for worse, the pressure of living in the modern world has brought us to a place where we can actually let go of fixed gender norms related to wellbeing, allowing men to seek self-care in spas and wellness centers. Whatever the justification for men becoming keener to seek out spa treatments, it has warmed me up to the idea of actually letting go of my preconceived notions about self-care. Full disclosure: I’ll admit that I have yet to take the plunge and actually head to a spa. Not so much out of fear of the experience, but now that a plethora of options have opened up for the male customer, it is simply too hard to choose where to begin.

Facebook31TweetPin2EmailShares33
wpDiscuz
0
0
Would love your thoughts, please comment.x
()
x
| Reply
Share this ArticleLike this article? Email it to a friend!
Email sent!