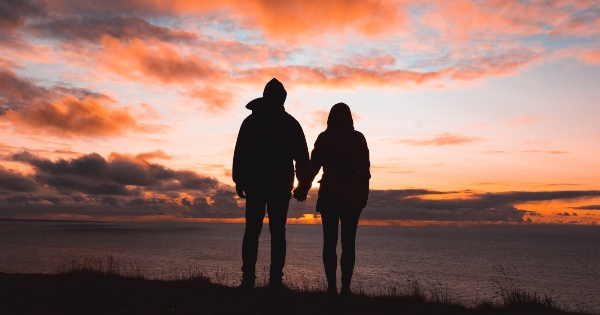 145. By Governments and international and regional organizations:

e. Uphold and reinforce standards set out in international humanitarian law and international human rights instruments to prevent all acts of violence against women in situations of armed and other conflicts; undertake a full investigation of all acts of violence against women committed during war, including rape, in particular systematic rape, forced prostitution and other forms of indecent assault and sexual slavery; prosecute all criminals responsible for war crimes against women and provide full redress to women victims;

f. Call upon the international community to condemn and act against all forms and manifestations of terrorism;

This is an important part of the paragraph working within the context, once more, of excesses in the expenditures of arms. Those arms needing control through the management of their availability. The excesses of the military. The excesses of the availability reflect two sides of the same coin. With the military expenditures by Member States as a problem inherent in human relations from the origin of the species, probably, and the availability of the armaments, i.e., the modern technological advancement perforce creating the foundational possibilities for mass modern slaughter, these two reflect the willingness to purchase arms for offence and, therefore, necessitating the requisite defence military expenditure at the same time.

If one purchases arms, then other national entities may ‘feel’ the necessity to, and out of pure national and citizen self-interest, fund some of their defence regimes. This is the basis of the entire context for defence and ‘defence’ (offence) budgets. It seems heuristically true; which is to state, that which seems statistically a truism to me, and probably most others. Nations want to bulldoze over others, sometimes, and others want to prevent this.

International humanitarian law and international human rights instruments become the tools of the trade here. The trade of the initiative of the reduction of “excessive military expenditures” and the control of the availability of armaments. As SIPRI or Stockholm International Peace Research Institute notes, the financial or monetary costs of the global arms industry were approximately $1.8 trillion in 2018.

The five biggest spenders in 2018 were the United States, China, Saudi Arabia, India and France, which together accounted for 60 per cent of global military spending. Military spending by the USA increased for the first time since 2010, while spending by China grew for the 24th consecutive year…

Total global military spending rose for the second consecutive year in 2018, to the highest level since 1988—the first year for which consistent global data is available. World spending is now 76 per cent higher than the post-cold war low in 1998.* World military spending in 2018 represented 2.1 per cent of global gross domestic product (GDP) or $239 per person. ‘In 2018 the USA and China accounted for half of the world’s military spending,’ says Dr Nan Tian, a researcher with the SIPRI Arms and Military Expenditure (AMEX) programme. ‘The higher level of world military expenditure in 2018 is mainly the result of significant increases in spending by these two countries.’

The United States spent upwards of $649 billion in 2018; whereas, China, even, spent only $250 billion in 2018. With the increases in the per annum budgetary expenses associated with the military, one merely needs to reflect on the continuance of the growth trajectory for the expenses sent towards the militaries of the world. This is the “excessive” the Beijing Declaration talked about way back in 1995 and the world simply did not listen, especially in the cases of the two most prominent military machines.

All this money. All this buildup. All this war. A never-ending continuation of the construction of weapons of murder. For the upholding of international humanitarian law and international human rights instruments, as the mechanisms to bring human rights into the real world contexts of war, this is, often, difficult in war times and simply becomes more difficult with more and more finances funnelled into the coffers of the military – mostly men.

To take part in this increase is to make the work of the INGOs and NGOs, and CSOs, harder. The acts of violence against women in armed and other conflicts presents a serious issue in regards to the full realization of the equal status of women. Women will bear the majority burden of civilian casualties in wars. The calls here are concrete and specifics, which helps.

The Beijing Declaration here calls for full investigations on “all acts of violence against women committed during war, including rape” with further emphasis on “systematic rape, forced prostitution and other forms of indecent assault and sexual slavery.” All forms of brutal and extreme violence perpetuated mostly against women. Male and men victims deserve as much consideration and care as the women.

But as a statistical phenomenon, there’s no question as to the majority of the concern needing to be placed towards women. Even with a reduction in military expenditures, the crimes’ victims can live with these impacts for the rest of their lives, which leaves open the question about the next steps for them. The final calls in these particular points are to the prosecution of the criminals who instigated the war atrocities – probably individually and collectively – against the women. This should come with a “full redress to women victims,” and – I would add – the male or men victims inasmuch as they exist alongside the women in similar circumstances.

With this, the preventative steps come forth with calls for the condemnation of such crimes against civilians in war times and then takes these are gross and blatant forms of terrorism manifested in the form of extreme sexual violence. Is that worth nearly $2 trillion?

(Updated 2019-08-21, only use the updated listing, please) Not all nations, organizations, societies, or individuals accept the proposals of the United Nations; one can find similar statements in other documents, conventions, declarations and so on, with the subsequent statements of equality or women’s rights, and the important days and campaigns devoted to the rights of women and girls too:
Don’t like ads? Become a supporter and enjoy The Good Men Project ad free
—
Scott Douglas Jacobsen founded In-Sight: Independent Interview-Based Journal and In-Sight Publishing. He authored/co-authored some e-books, free or low-cost.
—
Did you know you can join our Facebook groups and share your post where appropriate? (Please share only in the groups that make sense for your topic)Sex, Love, Etc.Political ActivismDisposability of Men / CTE Contact SportsEducation#StopRacismConscious Intersectionality#StopSexismMen’s Mental HealthParenting & Relational IntelligenceEnvironmental ActivismAnd….of course our The Good Men Project Writer’s Group.
—

Photo by Alex Iby on Unsplash

Facebook1TweetPin4EmailShares5
wpDiscuz
0
0
Would love your thoughts, please comment.x
()
x
| Reply
Share this ArticleLike this article? Email it to a friend!
Email sent!