Intrinsic growth rate and exponential growth calculations are included along with a discussion of logistic growth. K-selected and r-selected species are explained along with survivorship curves.

Hi. It’s Mr. Andersen and this is environmental science video 12. It is on population ecology.

Paul Andersen is an educational consultant and YouTube creator living in Bozeman, MT. He is an experienced educator having taught science in Montana for 20 years. Andersen was the 2011 Montana Teacher of the Year, and was also one of four finalists for the 2011 National Teacher of the Year. He was selected by YouTube as YouTube Edu Guru in 2012.

Andersen has provided training for thousands of students, teachers, administrators, and professors around the world. His specialties include the Next Generation Science Standards, educational technology, the flipped classroom, and effective classroom design. He enjoys providing meaningful professional development that can be applied immediately in the classroom. In addition to his work as a trainer, Andersen is an accomplished keynote speaker. When he is not working he enjoys spending time with family skiing and hiking in the mountains of Montana. 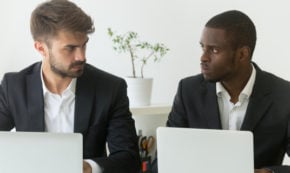