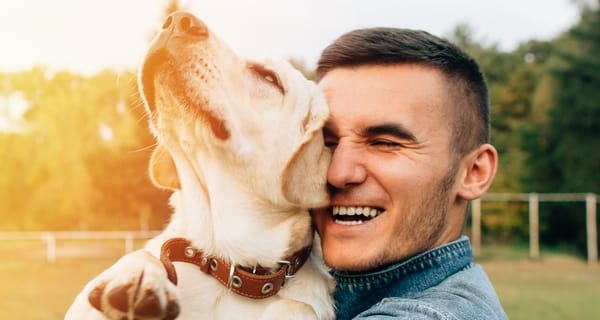 —
When someone leaves their home in a post-apocalyptic world, why does it seem we rarely hear about or see them going through that further emotional trauma of leaving the memories behind?

I said in the past that my mind works in mysterious ways. Here’s one example.

What memories do you take with you after the apocalypse?

The other day, I read part of a story at a display site that set me wondering about the post-apocalyptic genre. The premise of this particular story was that something close to 90% of the population on earth had suddenly died. How suddenly? This guy passed out in the middle of a bar mitzvah reception for a friend’s son When he woke up a few hours later, he and two teenage girls were the only ones who survived out of the group of 300.

The next few chapters cover those three people as they search for survivors. They find three or four other people who are still alive, including one of the girls’ mothers. The group ends up taking a yacht from a marina, because a hurricane is approaching and they need to get out of the path. They gather belongings and food and weapons and so forth, store this all on the boat, and make their way along the Gulf Coast and start heading up the Mississippi River.

And that’s where I realized something.

There was no mention of family pets in the story.

There was no mention of the pet.

Now I get that in the overall scheme of things, you’re probably not going to worry that much about your pet when you’ve lost both of your parents and three siblings, and this stranger is telling you that you’ve got to come with them. But that’s my adult reference. The one character I’m thinking of in the story was ten or eleven years old. If he had a pet, I would’ve thought he would’ve been desperate to hold onto his dog or cat because they were one of the last things he had left from his family.

Likewise, the two teenage girls became suddenly very practical about what they were going to bring with them on this yacht. They didn’t argue about space limitations or anything like that when had to leave a cherished item behind. They didn’t have to choose between certain items that would remind them of their family.

I’ve read post-apocalyptic fiction often on for thirty-five years. I’ve mentioned before some of the stuff that I read back in the eighties, where everybody assumed that there was going to be some sort of major conflict between the US and the USSR that was probably going to end up in some sort of nuclear exchange. So lots of the stuff that was written back in the eighties dealt with nuclear winter, the collapse of the entire US government down to the local level, and so forth. Lots of times the main characters had to pick up and leave because there were marauding bands in the area that they couldn’t defeat by themselves, or they had to go searching for someone, or the area they lived in had otherwise become too inhospitable for them to stay at.

As I’ve gotten older though, I’ve become more interested in the emotion behind the stories. I kind of want to dig a little deeper into some of these. Can you imagine what goes through someone’s mind when they wake up to almost 300 dead bodies around them, and they realize they’re the only ones left?

The story was written in first person, and the seven or eight chapters I read covered the first week or so of this group’s travels. But there was never anything about the panic or loss or sheer emotional devastation these people should have been going through. I’m not bashing the writer — what I saw was very well written, and I enjoyed the story. But this is just one of those things that I kind of seized on and haven’t been able to stop thinking about for a few days.

I talked to one of my boys who’s a huge Walking Dead fan about this. I haven’t watched TWD in a long time—the last episode I watched was when the CDC center in Atlanta blew up. Owen explained that at least one person within the main group of characters had appropriated a pet somewhere along the way. But it seems that no one in the group had a pet to begin with.

I’ve read three or four stories in the last few years where people did that — they picked up a pet or other useful animal along the way, and became very attached to that particular animal. In one story the main character survived some sort of chemical or biological weapon attack on the US. When he realized he was going to have to travel a long way, he found a horse. He wasn’t necessarily an accomplished horseman at the beginning of the story. But he knew how to tack up and generally how to ride, and became a much more accomplished horseman throughout the story.

Eight or nine years ago, my wife and I started to go through our possessions as we made our transition into her RV life. We had moved from a 6000 square-foot home to a 2800 square-foot home in the early part of the century. We downsized some, but not a lot. Turns out we had a lot of space in the big house.

Then when we moved into our 400 square-foot RV, we had to decide what we were going to keep — which meant paying for storage — and what we were going to take with us in the rig and the accompanying trailer. Back then I was very much into things and stuff and possessions. When my folks died in 94 and 98, they left me and my brother quite a bit of furniture and china and stemware and silverware and… Just a lot of things. I clung to a lot of that as a way to remember my parents. Letting go of some of the furniture was just simply excruciating. It felt like I was betraying their memory to get rid of some of these things.

We rehomed our pets as we moved into the RV, too. We didn’t think the two cats or the dog would travel well, so we found good homes for them.

But after our nine or ten months on the road, and some of the counseling that I’ve gone through in the last couple of years as my wife and I have worked on healing, I realized that it’s okay to let go of the things. It’s okay to hold on to the memories without holding onto the objects. I still have my dad’s desk, and his dresser. There are too many memories embedded in those two pieces. The sounds the drawers in the desk make. The pings his pocket change and metal comb made when he dropped them on the marble top of the dresser. The rasp of the wood in the dresser drawers as they slid open and closed.

Those memories though are mostly about the people, not the things. I figured that out when I caught myself not letting my kids use the fancy crystal stemware that I got after my parents died. I loved the memories associated with those glasses – mainly Thanksgiving and New Year’s meals. But I was petrified of the glasses getting broken, so my kids never got to use them. The only memories they likely have of those glasses is Dad saying, “No.”

Those aren’t the memories I want my kids to have.

At any rate, I may play with this whole emotional trauma bit in some short stories down the road. I don’t know that I have it in me to do a whole post-apocalyptic epic any time soon. I’ve already planned a series for after I finish The Sad Girl – if I ever finish it. Did I mention I realized last week that part of In Plain Sight works better as a novella? Go figure. But I think it might be interesting to try and spend a little time in the first twenty-four or forty-eight hours of a post-apocalyptic world, where people have to make decisions about where they’re going to go, or if they’re going to go somewhere, and what they’re going to take with them.

What would you take with you if you knew you were leaving your house, never to return, and couldn’t take it all with you?